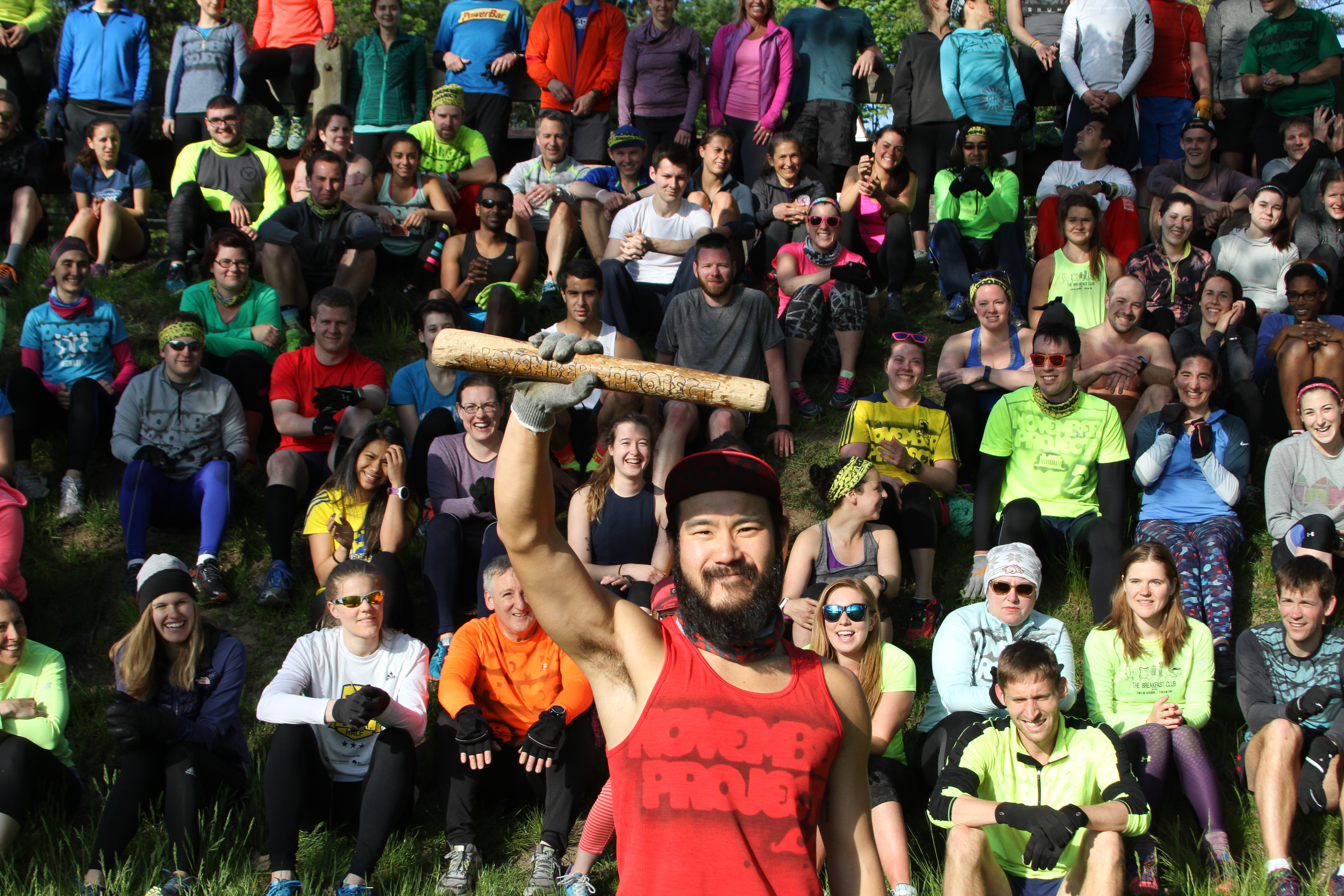 Over the last few weeks Boston’s gotten to know today’s PA winner, Eugene Kim.  This dude’s been everywhere where NP is.  I guess since he’s been bumming around the city and got nothing else to do, hanging out with us at NP isn’t so bad.

C-Payne mentioned it this morning, but we didn’t give him the award for his speed, his positivity, or how good he looks in women’s capris, which by the way, he definitely sets the bar high for all of the above.  He earned the Positivity Award today because over the last 7 weeks he’s left his mark on this tribe.  7 weeks ago, I was only friendly with this bearded, man-bunned athlete.  And in those 7 weeks, a lot of us in this tribe have gotten to know Euge.  Today, he’s not just an NPSD visitor going back home, he’s a brother leaving us to return to the always sunny Saaan Diego.   Whether you visited him at the Janji Store, he’s slept on your couch, grabbed some brews (and most likely shots of tequila), or just raced him at one of the workouts, this dude became part of the family in a short time.  For me personally he also reminded me about what a BIG part of this movement is about. The idea of being a visitor. Today’s blog is not a love-fest for Eugene (ok it kinda is), but it’s about being a visitor in your home.

Being a visitor is about seeing a place with a fresh perspective.  It’s about seeking out new people and making the most out of every chance to explore and root yourself where you are.  Whether it’s temporary or permanent, it’s about pulling out that visitor pass, throwing it on the dash board and keep exploring.

Exploring the physical city, sure, but using every second to meet new friends, make memories and make the most out of your time here, whether you’re here for one workout, for 7 weeks, or for life.

There’s no reason why we can’t wake up an extra 5 minutes early and diverge from the train tracks of our pre-mapped run. Maybe throw a curve ball in our daily routine every once in a while. A visitor is constantly on the move, eyes alert and ready to react to any situation to seize the moment. When we become comfortable in a routine it’s easy not to think about our actions and decisions.

Eugene also has reminded me about inclusivity. When we’re comfortable in our routine we’re less likely to branch out and meet new people. I was continuously shocked at how many people Eugene REALLY got to know on a personal level in such a short amount of time. I think there’re two reasons for this. First of all, our tribe is friendly and welcoming as fuck, but Eugene also took the chance to really immerse himself in this group; this Boston family.

There’s no reason why we can’t all follow his lead and get to know the people around us more than just a morning hug or an exchange of names. The more we know each other, the closer we get, the more fun we have, the stronger this family becomes. Last week’s 7-boroughs workout is designed for a lot of us met new folks that we’ll eventually get to know and ultimately toe the line with and race. Not every workout is designed like this. I encourage every one of you to pull out your visitors pass and take the wheel of each and every day.