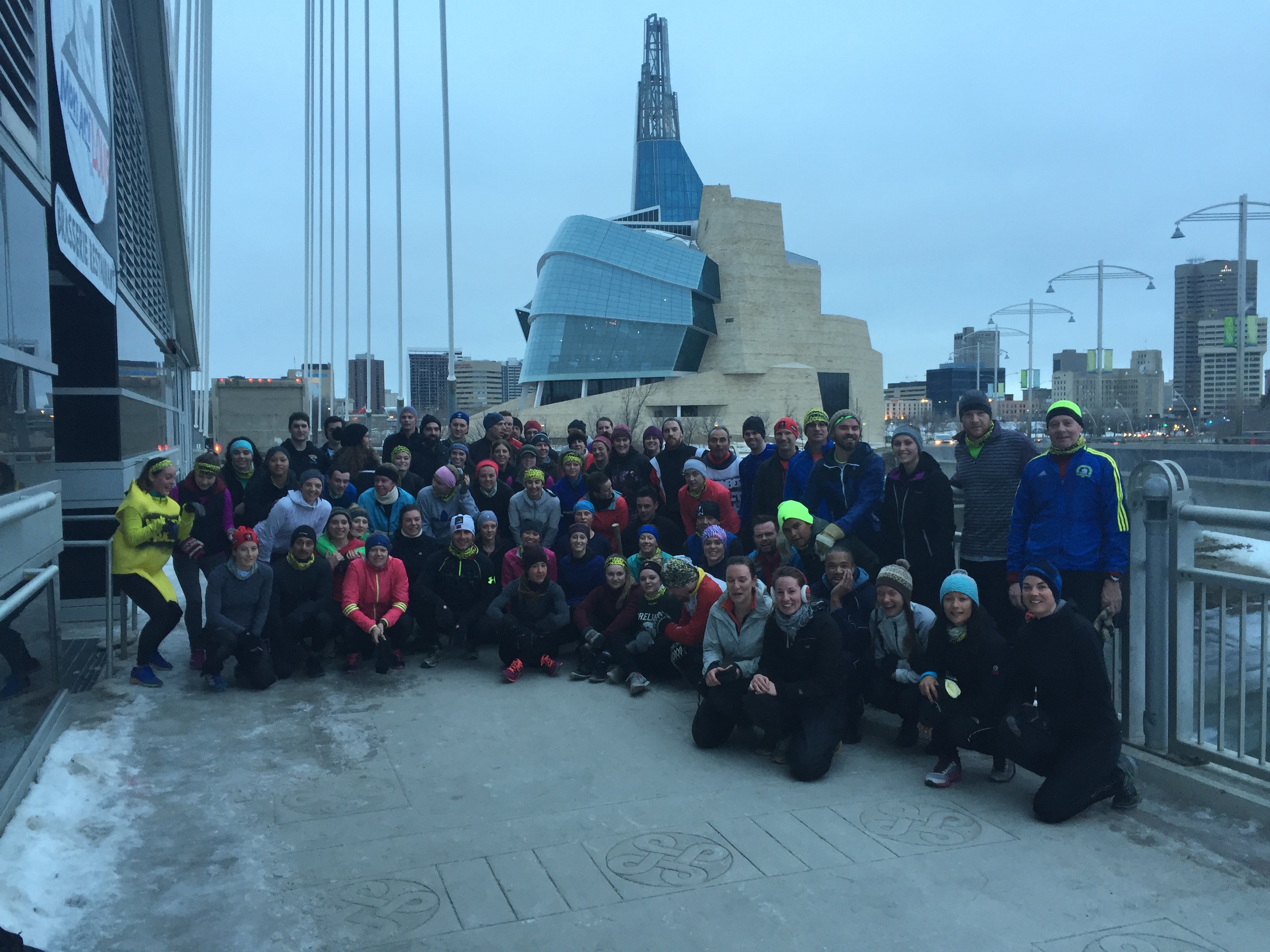 Wisconsin Notes: Register for MEC Race #1 (or just do all 5 of them cause #badass amiright??) April 3rd at Ass Park – 5k or 10k.  We’ll be tagging at next PR day (weather permitting) so you can represent and look sharp in #GrassrootsGear for the race.

The last two weeks (including last week caaaaaaause there was #noblog) have reminded me of something that I don’t know we put enough emphasis on in Winnipeg:

Last week we adapted a famous workout invented by the DC Tribe called NBA Jams that took the whole “community” thing to the next level – you couldn’t avoid making friends and learning about fellow tribe members if you tried.  It was incredible to watch and the feedback was spectacular – you want to spend more time getting it on – I mean getting to know eachother.  We hear Ya.  We’ll deliver.

This week we adapted another (in)famous workout, this time stolen with pride from the (usually)good people of November Project Canada otherwise known as Edmonton (because, as everyone knows, Edmonton is the capital of Canada). Bridge Wars was intense – there is no slowing down during that workout and you know you’re going to feel those hoisties (good form) for a few days. This is most definitely going to become a regular staple for the YWG tribe – and you can all thank Nadim and Jen for that 😉

But back to my original point, which you are now finding out is all about this word I just made up called TOGETHERISSIVENESS. Togetherissiveness isn’t just really fun to say – it’s a word that represents the fact that there are 30 other tribes and several pledgling groups that are fucking killing it TOGETHER every Wednesday morning and enjoying each others company as much as we do here in Winnipeg.  The last two weeks you got a taste of some of the crazINESS that comes out of leaders workout plans in other tribes and GUESS WHAT there is a lot more to come because we #sharethisshit and #thisshitisgood (obviously). This global community stands together for free fitness and unabashed hips-in hugs on the reg’ and being whoever the fuck you want to be all before the rest of the city wakes up.  These people are cool, they are interesting, they are weird (super weird – much love), and they are out there.  In Winnipeg I think we have a bit of trouble truly appreciating this global community, which is why we want to take this TOGETHERISSIVENESS concept to the next level and collectively bring the entire city of Winnipeg to Blue Mountain for #ECSON 2016 and #NPSUMMIT4.0 (3.0? 5.0? 7.8?  I lose track of these things). Tom and I were super lonely trying to explain how great our tribe is in Utah last September and we would be HELLA pumped if a few of you showed up to talk about how great we- sorry I mean how great our #OneGreatCity actually is.

This is #FastJohn.  He’s really fast.  He hugs with his heart (and his arms).  He runs with his feet – and his feet are hella fast. He’s been putting in work with the tribe since warmer times and has become a regular staple at the front of the pack, pushing other pack leaders like Derek and Carl and Jess and Christina to be better and faster and stronger.  He’s badass.  He’s your positivity award winner and he’s earned it – congrats my friend!

Togetherissiveness. Vocab word of the week.  Points for using it in actual conversations with real people and then recruiting the hell out of them when they call you crazy. Do it. Oh and drop a verbal for NP SUMMIT (July 15-17) cause that shit is going to be so real.