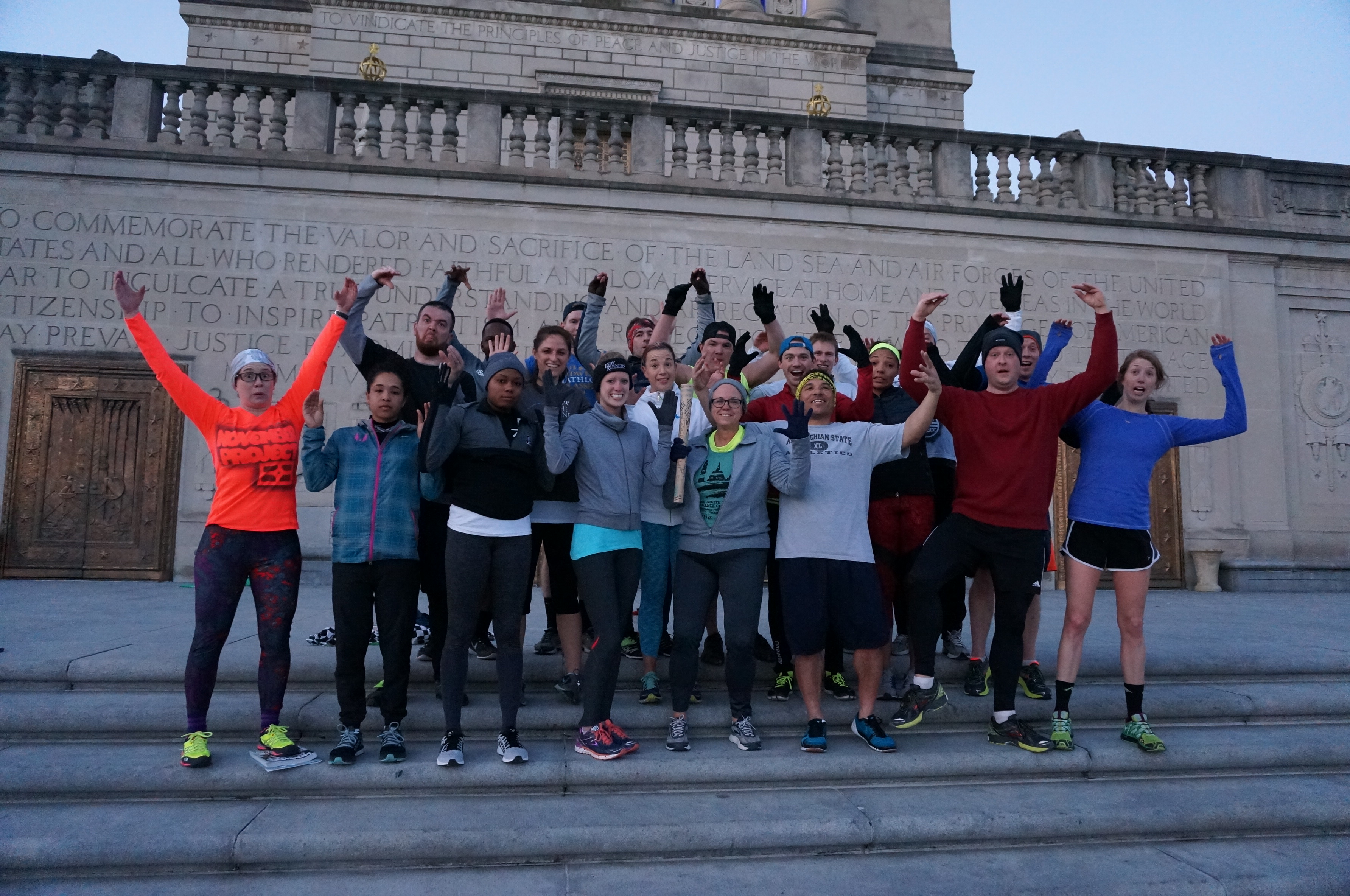 After a rousing Ke$ha-inspired* bounce, today’s workout kicked off with a variation of the standard “up-and-over” that #NP_IND tribers are all too familiar with.  After starting on the north side and running up, around, and down the south stairs, the task was to “demand a hug” then do 10 Russian Twists before heading back up the south stairs.  Once to the top, there was the option to either A) Cartwheel or B) Bear Crawl along the west side of the War Memorial.  Back down on the north landing, it was another hug demand before 10 box jumps and repeat until time was up.

And when the whistle blew (and very well, I might add) time was up….or WAS IT?!?!?! (dun, dun, duuunnnn).  Well, it wasn’t because we polished off the workout with a nice Sebastian.  7 minutes of continuous burpees.  Which, incidentally, is also 7 minutes of continuous “F-bombs”.  But this is how badassees are made and proven.  And everybody proved themselves today.  Tip o’ the cap to all of you.

Anne won the positivity award (pic above) for being a true, American badass…she brings it week in and week out.  Setting goals and consistently exceeding them.  Not to mention she PR’ed at #ECSDC on Saturday, which happened to be in some pretty shitty conditions, and, oh yea…it was her longest run EVER!  Fuck Yea, Anne!

*”Ke$ha” and “inspire” – two words that have never been put side by side, except maybe in a CDC Outbreak alert.

The Play – aka The Notes:

Good work today tribe.  We will see you all next week!