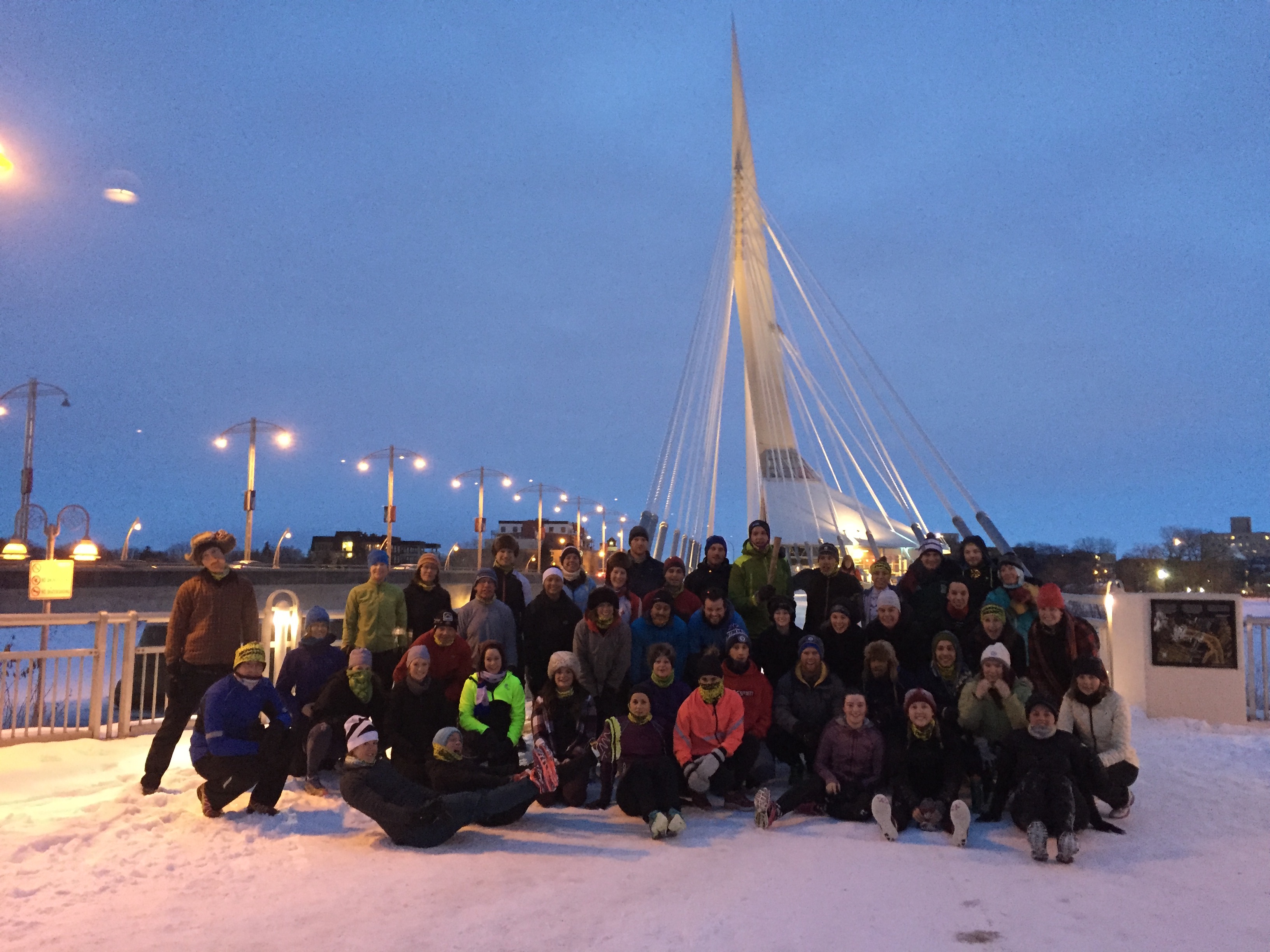 Wisconsin notes: Winnipegers are voyageurs, true and through. Mark is the voyageurist of them all. The Great Skate is this Saturday at the forks, at 7:30am.

This morning saw a fierce canoe race between the North West Company and the Hudson Bay Company as the tribe was split into two groups, and ‘canoed’ up the Assiniboine. The race ended at the junction of the Red and the Assiniboine (The Forks) where Winnipeg found it’s roots as a city back in the late 1700’s. Contrary to historical events, the North West Company came out ahead (it may have been the Hudson Bay Company, the fur from my hat was over my eyes for most of the workout). The two companies then came together for some heated leg-wrestling, in true voyageur style.

After our hip adductors took a beating from all of the one on one battles, the tribe realized they had to portage their fellow voyageurs back up the river. The race for the best and warmest furs was back on. At this point it was every voyageur for themselves, as the companies dissolved into one group of frenetic ‘coureurs de bois’. For a voyageurs pride, as well as their livelihoods, depended on their ability to carry heavy fur pelts across miles of portages, and paddling them up hundreds of miles of waterways.

November Project Winnipeg proved that they would have made great voyageurs, as they battled the elements, showed great camaraderie, and displayed fierce competition for the best pelts (and highest number of burpees in the burpee challenge, whose idea was that one?)

Today’s Positivity Award winner would have made for a great voyageur. The strong silent type, the bearded river man. Mark has been showing up since the very beginning, competing at races while sporting the grassroots November Project gear, even bringing his dog out to many of the workouts. Today we finally managed to get the award to him before he could avoid recognition once again and sneak away to work. Good job Mark, you old sailor.

One last note, this Saturday is The Great Skate. Meet at the skate-putting-on-place at The Forks at 7:30am so you have time to lace up, and the race starts at 7:45am sharp. Sharpen your blades ladies and gentlemen (and Nick) event details here – The Great Skate.