As Connor, Laura and I (their almost adopted son) meandered through the streets of downtown Madison Friday night, we came across a familiar site in the distance. Those flowing locks. That broad smile. Hearing that familiar laughter. It must be. It couldn’t be. Is that? Is that Gil? This long haired fellow was biking away, so we gave chase. When we caught up with him, we found that this fella was indeed not Gil Levy. But if he was any way similar to our own curly headed Gilbert, November Project Madison needed him as a Tribe member. The recruitment began. With Laura on his right telling Madison Gil about the fierceness of these free workouts. And Paddy on his left talking about the community aspect, the sweaty hugs, the Mitch Westwoods of the world that Madison Gil was going to meet. 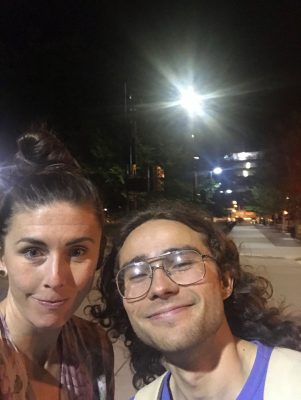 Ends up he loved hugs… and early mornings… working out. Madison Gil spent the next 15 minutes with us, walking his bike as myself and Laura blabbed on about the merits of November Project and why “just showing up” could change Madison Gil’s life, and Braden Engel asked him if he wore Bucketfeet just like our own Gil. Well, we parted ways at a pizza spot, and we were left to wonder if Gil would make it to the Wednesday PR day in Madison. We’re still waiting to hear if Madison Gil showed and if our late night recruitment was successful.

Think back on recruiting and why we try to get more people involved in this crazy community. Could Madison Gil himself benefit from just showing up? All that increased fitness, meeting new friends, or potentially find a cute guy or girl to ask on a date. But it’s not just that. It’s the community around him that would benefit the most. A beautiful thing about November Project is the random people you get to meet when you get involved in the Tribe. People with different backgrounds, cultures, interests and hobbies. It opens your horizons. You start sweaty conversations with people that you may have never have had the chance.

So for the month of July, we’re setting out a recruiting challenge for you, the Tribe. Call your friend. Recruit that long lost cousin. Talk to a stranger in a coffee shop. Take the leap and tell them about November Project. Remind them that it’s free, they might as well try it at least once, and all they have to do is. Just. Show. Up.

Bring any newbie and bring any piece of paper with your name as the referrer and their name as the attendee, and give them to one of the co-leaders. At the end of the month, we’ll see who had the most success recruiting and they’ll get some great prizes from The North Face, Knockaround, Stance and Nuun, all packed into a savage TNF  cooler duffle. Top two winners will win big! 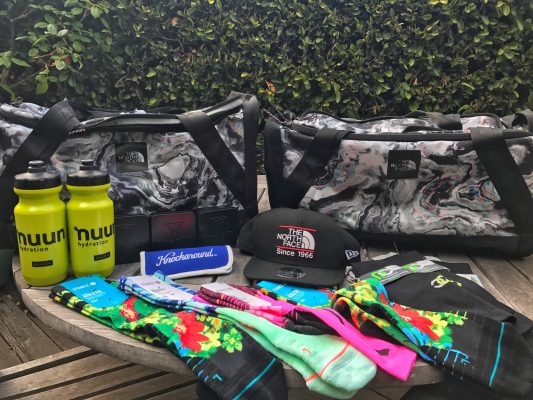 As it stands, our table is looking pretty empty though. Think we have some work to do.

Friday Hills are on the trails of “Batteries to Bluffs”. Meet on the southern end of the Battery Crosby. 6:24AM