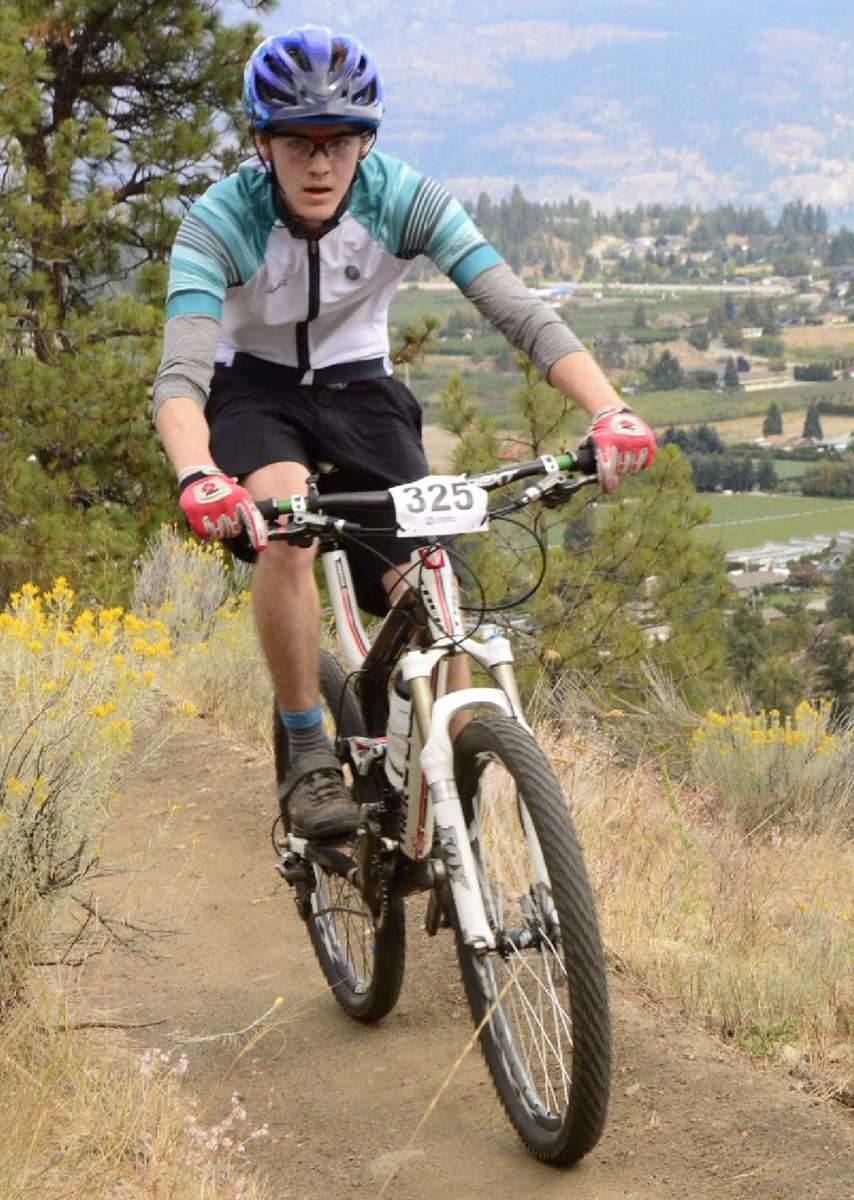 Hello NP Kelowna!!! Y’all Good?!.. We all know the answer to that one.

My name is Liam Coulombe, I am currently working as a pastry cook at RauDZ Regional Table, I love toques, wool, and fur, and am ecstatic to be part of the November Project tribe.

When I’m not at NP or cooking, you’ll find me drawing, reading, hiking, biking, cooking (did I say that?), skating, studying culinary techniques, or working on a project.

I was told I could ramble on about cupcakes if I wanted to, I won’t for long, but I’ve included a recipe anyway just for the principle of it. I mean, when you lead an active lifestyle you have to have a nutritious diet, right:) Heck, you can even make the cupcakes then eat them while you finish reading. Whatever hits your beet.

The first time I heard about November Project was in Edmonton, when my aunt and uncle were showing us a clip of a couple who’d gotten married at that morning’s workout. Pretty cool stuff!!! What’s even cooler is that they woken their five kids, who are all under 10, at 6:00 am to go. I thought to myself, “What could be so amazing that someone would want to pack five infants into a minivan at 6:15 am?” My curiosity was peaked, and me being an outdoorsy type, joined my uncle at the next workout. The energy was positively attractive, and being a Coulombe I was hooked, after all there is a law of attraction in physics named after us.

After a summer of Edmonton and NP we moved to the south Okanagan, where we opened the laundromat in Osoyoos. I dreadfully missed the fantastic group I had encountered, but kept busy by riding between two and three hundred clicks a week, and racing, both road and mountain.

In March of 2018, I was house sitting for a friend in Kelowna, and was looking around for stuff to do that week. After many thousands of seconds had gone by, I saw a tiny social media post at the bottom of a City of Kelowna page. Fast forward a day…

It’s 6:10 am, it’s dark, it’s drizzling, it’s cold, it’s dirty, and I’m riding down Cawston ave thinking to myself “this is dumb, who the hell would be crazy enough to be working out in these conditions, No one’s going to be there….” Well, I was wrong. Well, sort of, we are crazy, but its a good crazy; Its the crazy that makes the world go around. Only some of the best people on earth were there, and it helped confirm that there are ambitious and accomplished people out there, you just gotta find em.

After that, anytime my folks were thinking of going to Kelowna I told them we were leaving from Ok Falls at 5am to get to NP, because I HAVE to be there. Now that I moved to Kelowna because of work, I get to see these fantastic people every week – some twice for the run on Saturdays – for which I am very grateful.

It is truly inspiring to see the NP criteria of dedication and sense of community so well manifested in our leaders, a rarity I am fortunate to encounter. So thank you Roz, Steve, and all you other ambitious, energetic, and determined people out there who Just Show Up!!! You are a true community and one of the best parts of my life, and although I’m usually not asleep till 2am, the example of the community they lead is more than enough to get me up by 6.

How were the cupcakes?

Remember to follow us on insta: @novemberprojectkelowna and join the November Project Kelowna facebook group! Find us at the sails at 6:29 AM on Wednesdays, and as always #justshowup