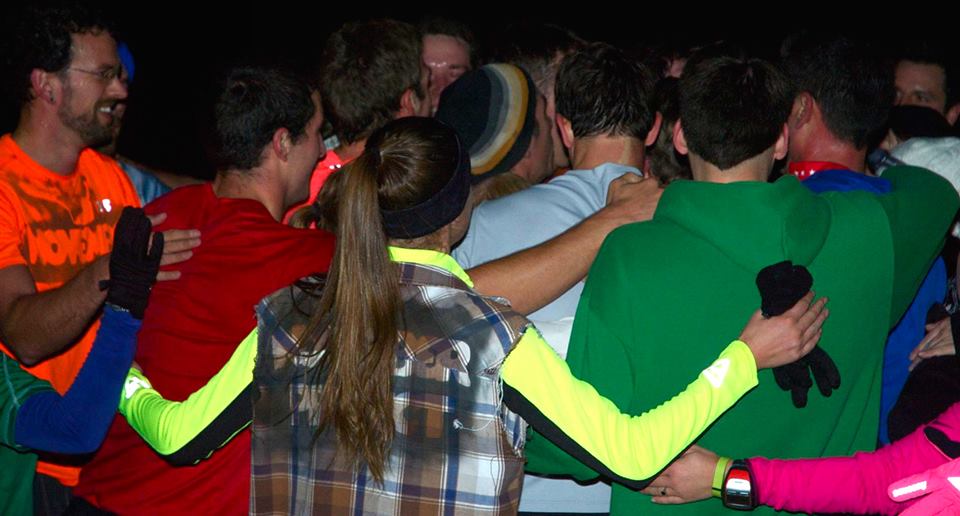 In times past and right up to this very day, tales are told of the mighty feats of strength performed in these north woods by those rugged lumberjacks that worked the forests of old. Chief among these were tales of the giant figure of Paul Bunyan and his best friend, Babe the Blue Ox. It’s said that Paul and Babe dug the Mississippi river one afternoon so he could float logs south.  Another tale relates the time Babe was stung by a bee and ran off for the west coast. Paul grabbed Babe and dug his boot in  to slow the great beast.  You can see his boot mark today, which is called the Grand Canyon.

In mystical communion with this same rugged spirit of the North Woods, at each Wednesday workout the hardest working Minneapolis tribe member at each Wednesday workout has been designated the Lumberjack, signified by an understated yet strangely powerful sleeveless plaid shirt.  This much prized jersey mysteriously leaps mid workout from the back of the previous winner to the current week’s most worthy designee via some arcane ways and means unknown to mere mortals.

Alas, it came to pass after a time that this great relic became lost to the sight of all.  Was the disappearance of this revered talisman due to a momentary lapse of supreme effort, or the unworthy breaking of a verbal?  Perhaps the fault was in too much water softener in the wash.  Regardless, the Lumberjack vanished from the knowledge of the tribe. Inconsolable was the wailing and lamentation, the ululation of the great and the good at the loss of this most sacred mantel.

Fortunately, the gods of humans and of lumberjacks took pity on the afflicted, and produced a new Lumberjack of the finest flannel.

Once more, great champions are crowned by the sweat of their brow, resplendent in their glory and the admiration of their fellow tribe members.

And so, once again, the tribe rejoices and all is right with the world. The Lumberjack has returned.  As sure as the #weatherproof drop for pushups in the snow, as reliable as the return of hill sprints in the spring, or as inevitable as burpees are followed by yet more burpees, the Lumberjack will be awarded each week, giving the tribe the strength to get up and do those Lumberjack deeds that need to be done.