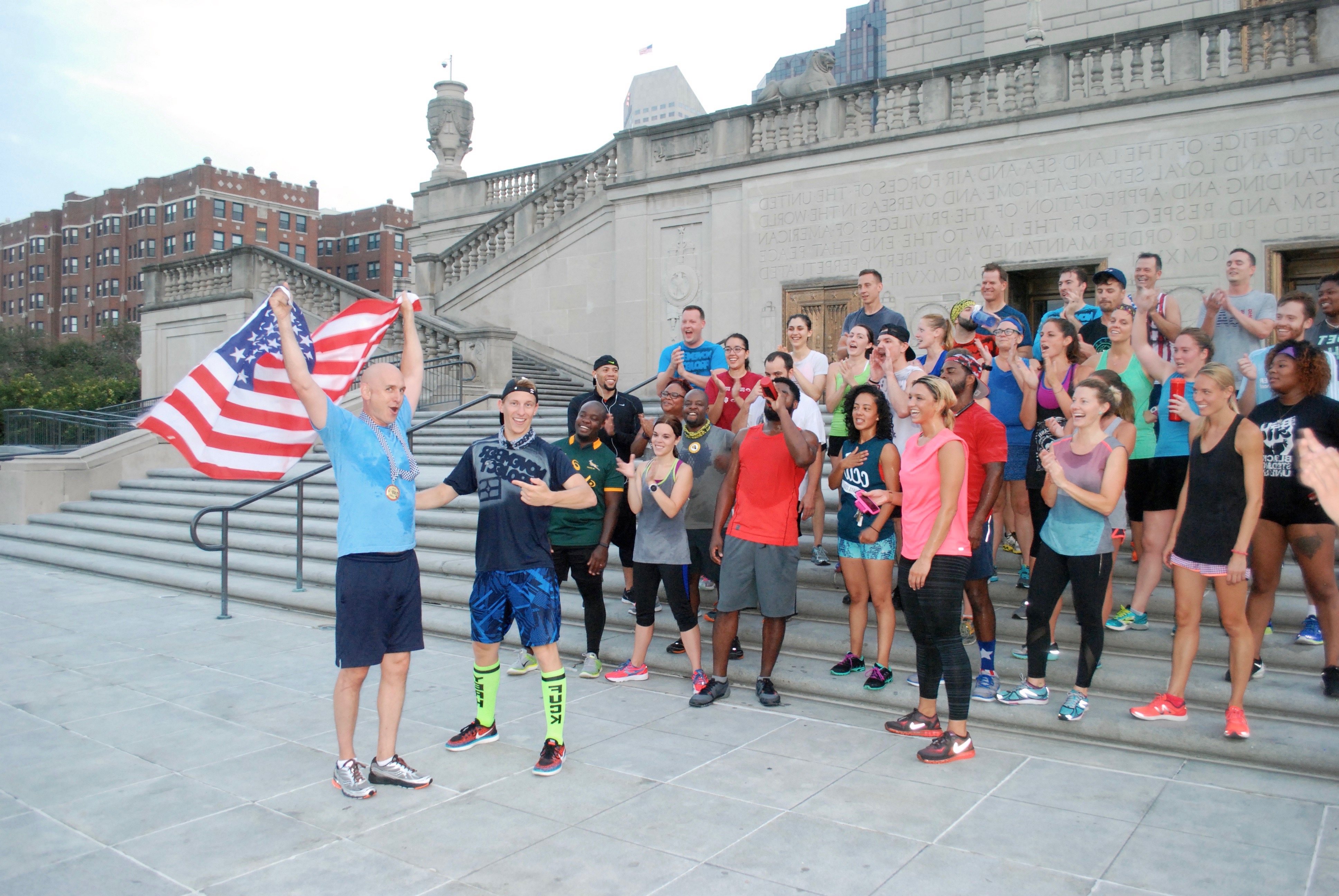 After staying up late and watching Michael Phelps, the Men’s Freestyle Relay team, the women’s gymnastics team (the Final Five), and the rest of the Olympians (American and otherwise) take the gold last night, #NP_IND wanted some gold of our own.  So, we took advantage of all the gold doors at the Indiana War Memorial and decided to get a little competition going.

(Leila – is she going to throw rock or punch you in the face??  We really didn’t know)

Thanks to Jaden for his photo magic.  He also has documented the workout on Snapchat so you can check him out there to see it!!

Next week we will be on the South Stairs.  Until then, I will be trying to figure out how fencing is scored.