Today’s post comes to you from a newly appointed co-leader of November Project Boston, Emily Saul.

EPIC day at the Stadium. Yearbook photos aren’t even happening until next Wed (BE THERE!) but I’m pretty sure we already crushed the 800 member goal this morning. Why did so many people gather in the eerily misty (Harvard Haunted House) stadium during the window between the 5:30 and 6:30 groups this morning? Probably because they wanted some hugs and they wanted to race their asses off. Why else does anyone #justshowup on Wednesday morning? But there were a lot of us and there was some buzz in the air about “THE BIG ANNOUNCEMENT.” It’s capitalized because it was BIG. I might even say there were rumors, rumblings, and lots of guesses about the news.

While both Bojan and BG can get a little chatty from time to time, today they gave us the news with clarity and confidence. Today they were the leaders that they have been since November 2011. Before there was a tribe, these two were leading a movement of fitness and friendship that every single one of us have been blessed to be a part of. We are changed because we show up and if they hadn’t chosen to show up back then, where the fuck would we be now? Probably not sitting packed like 800 sardines in section 37 at 6:31am, that’s for sure. And probably not kicking ass, racing hard, and getting better/faster/stronger like each one of us did this morning. You probably wouldn’t have set a PR today. You probably wouldn’t have finished the full 37 section tour for the first time, or done more sections than ever before. You might just be sleeping in your warm bed, or shelling out hard-earned cash for a gym membership that might have a roof but is missing some serious perks that NP offers in multitudes and for free. But because they had enough vision back then to follow their hearts, today we have enough vision to follow them into the future of this movement.

Today our fearless leaders announced their promotion. November Project is on a freight train headed toward #worldtakeover and nothing is getting in the way of that. It’s a little strange to think that the very same Monday, Wednesday, Friday workouts that have built this tribe in Boston and now in 16 cities could actually make it difficult for them to keep us growing, but seriously folks, the Big Boys (as I like to call them) need to fucking LEAD us! Throught the collaboration with some strategic enablers, the Big Boys can now guide the growth of existing tribes and help cultivate new tribes like never before. That is exactly how NP will be in 30 cities by the end of 2015 and in 60 cities by 2016. (And according to BG, “in 10,000 cities in 2017”) BG and Bojan are leading the worldwide tribe now, and we will all be better for that. Congratulations my brothers, this is an epic time and the world will never be the same.

So what about Boston? We’re the biggest NP tribe for now, and we need to keep growing. We need to keep showing up, keep recruiting, keep hugging, and keep racing. The recipe is the same. NPBOS doesn’t change, even though there are now three much shorter co-leaders standing on the wall on Friday mornings. Evan Dana, Deniz Karakoyunlu, and I (Emily Saul) are the new tribe leaders and we are incredibly humbled and really excited about this. You might know one or all of us because we’re core members of this tribe and our hearts are full because of this community. We each have a love story with NPBOS…how we met one day, starting “dating” regularly, the seasons changed and time passed so quickly, falling in love, and being sure this is a good thing that we want to last forever. Now I guess this means we’re getting married or something? I don’t know, does the Positivity Award work like a wedding ring? Anyway, we couldn’t be more jacked up to lead this tribe. We promise we won’t be Bojan or BG–we love them but we aren’t them. We will bring 100% of ourselves, as athletes, friends, and real human beings. We intend to keep being ourselves, which we hope is why they asked us to do this. We trust them and we know they trust us. We love the shit out of you and we need you to keep being you too. The tribe is really fucking strong.

If you’re still wondering who the fuck we are, here’s a little bit of info about each of us. We’ll probably be hanging around at the workouts too from time to time, if you want more details, just ask. 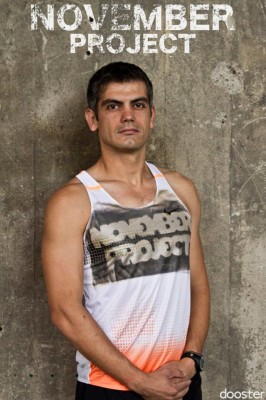 Deniz Karakoyunlu
Home town: Izmir, Turkey
Years in MA: 10 years (6 in Worcester, 4 in Boston)
NP member since: Halloween, 2012
Athletic background & achievement: My first ever race was Somerville Jingle Bell 5K on December 16, 2012 soon after I joined November Project. Since then, I have participated in many races including several marathons and an Ironman triathlon.
I Love: humans and animals. I love seeing them happy.
Quote: “I run like.. crazy man chasing happiness.” 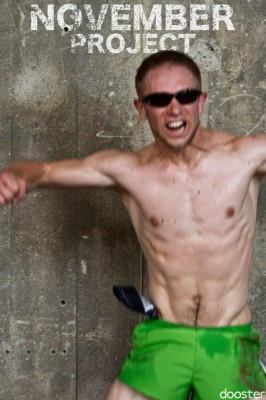 Evan Dana
Hometown: Westford, MA
Currently in Brookline, MA
Years in Boston: 7
NP member since: June 2012
Athletic Background & Achievement: Marathon in 2:54:12, Ironman Mont-Tremblant, Biked across the country with Bike and Build, 4-time PMC rider (2x Heavy Hitter), 19:47 Stadium. Previously co-leader of TMIRCE, and currently running coach on Coach-Up, and Co-Host at Boston Social Athletes
I Love: a bike ride around town, a citrus-y IPA, taste-testing every fro-yo handle
Quote: “To give anything less than your best is to sacrifice the gift” – Prefontaine 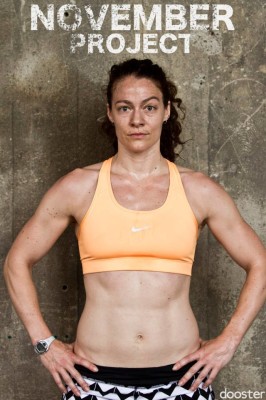 2 Replies to “The BIG Announcement in Boston”