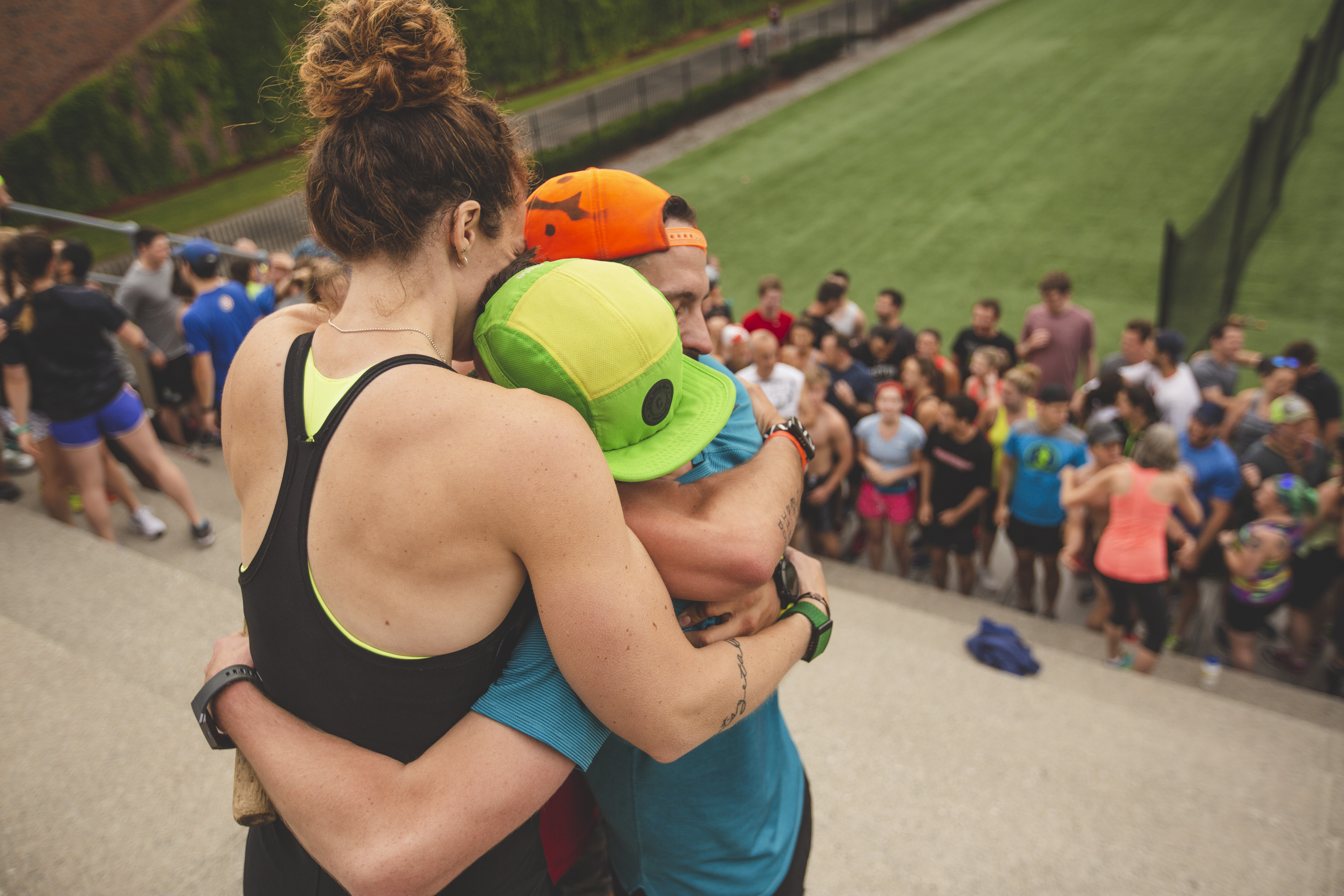 For those that know me, you know me well. A loud mouthed chucklehead who didn’t know the first thing about fitness. I was drawn to this crowd because it was weird, and different. No one else in this city was having this much fun before 9am and I NEEDED to be involved.

You all have taught me so much about how to lead, how to run, how to train, and how to rest. When to be loud, and when to shut you up and listen. You each bring something different and important to this group. Don’t ever forget that. Own that. You may not be the fastest or the slowest or the weirdest or the most artistic. But you ARE the somethingest. Find that thing. And bring it to life here at NP. Because NP brings out the best in everyone. It IS for everyone. It’s for all of you. And it becomes whatever all of us want it to be.

We at the helm just lead the mob. We don’t decide what November Project becomes. So bring your best self. Every single day. Contribute in any way you can. Whether that’s just showing up, extending a friendly greeting to strangers you see, DJing for the masses, making ice cream, helping to tag shirts, or running alongside someone to ease their first time or hundredth time. You all have something positive you can contribute. Bring it. And you’ll look back on this thing in a few years, when we’re in a hundred cities. And you’ll say to yourself. I helped build that shit. 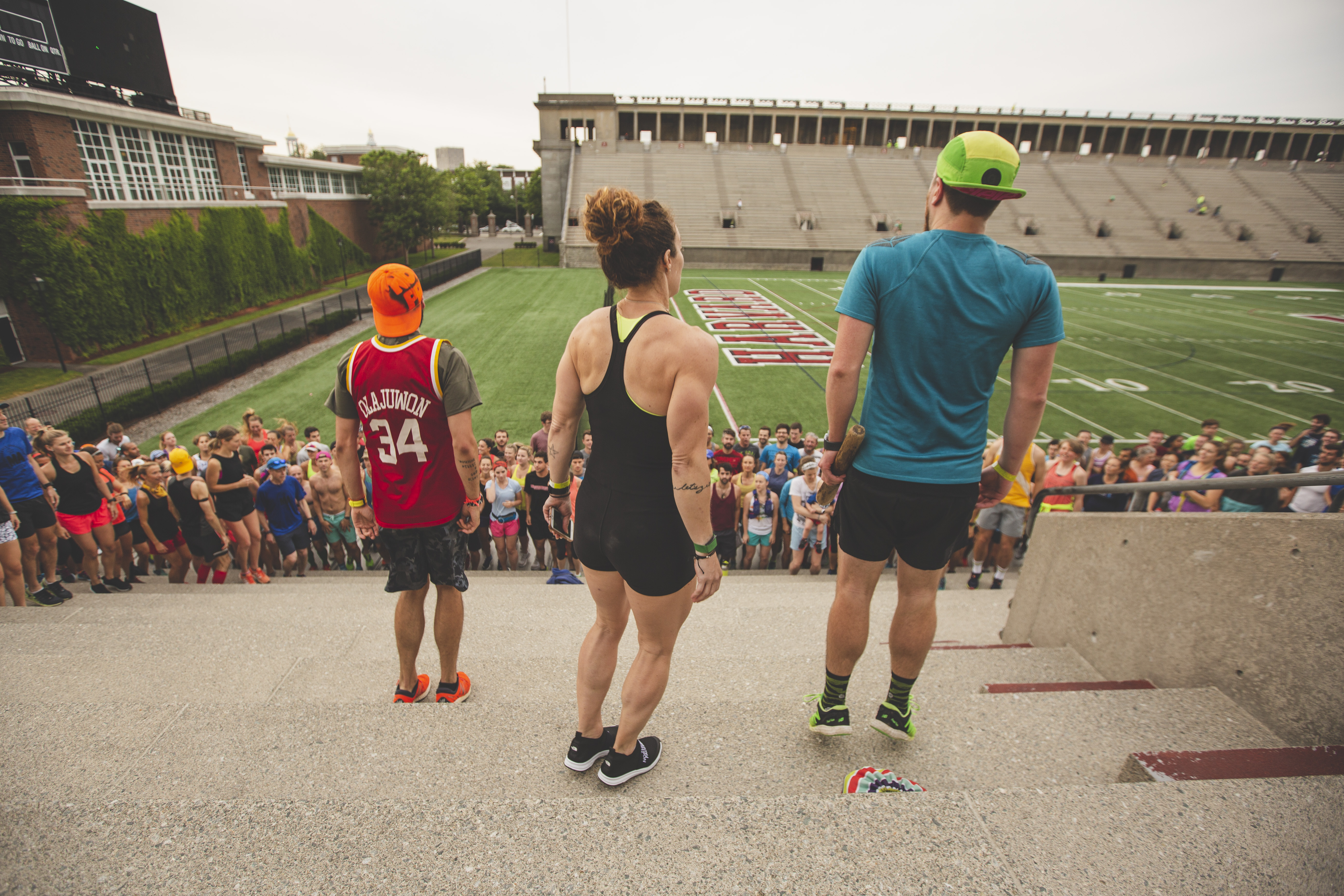 At Summit Ave, and around Boston.

And I met the people and I learned their names.

And I went to their Thanksgiving Dinners, and birthday parties. I married one of them. I grew into their families.

We make real shit happen here every week, and it makes a difference in a lot of peoples lives. If you want to show up and get your workout in, and leave without talking to anyone, that’s fine. It really is. But you’re missing out on so much of the magic that is November Project. The magic that comes because we EACH make each other better. There’s no freakin WAY 500 people would show up to Harvard Stadium by themselves–let alone do as many sections as get thrown down every single week here in Boston.

Be present. Be accountable. Be humble. See your fellow humans. Acknowledge their struggles and celebrate their victories.

Every morning you make a decision when your alarm goes off to whether or not you want to change your life for the better. Often you don’t think about other people in that moment. November Project forces you to.

“Shit. I told Capozzi I was going to be there. I better show up.”

It is one of the few places on earth designed with the intent to expect the most out of your friends and hold yourself to a high standard for them. The “we missed you” page isn’t about shaming. It’s about genuinely missing someone else’s presence (Ok, and mayyyybe a little to poke fun at drunk friends who make ludicrous promises the night before). NP is all about being there for someone else to ease their burden and at the same time making your workout a little more bearable as well. They say misery loves company, but I look to folks like Des who just won the Boston Marathon. How’d she win? ’cause she wanted to help her friend win. All of a sudden she’s most of the way down the course and she can make a play for 1st. Be that person to someone else. Motivate someone else just a LITTLE. You’ll be surprised how much it means, and how much of an impact it has on your own well being. You know when you make the decision to choose THIS shit over that extra hour of sleep, you become a part of something amazing. Theres a ripple effect throughout your whole day. And throughout the 49 cities where November Project is alive. Sure, you may have made a positive impact on your health and fitness, but this movement exists because of the effect we all have on each other. 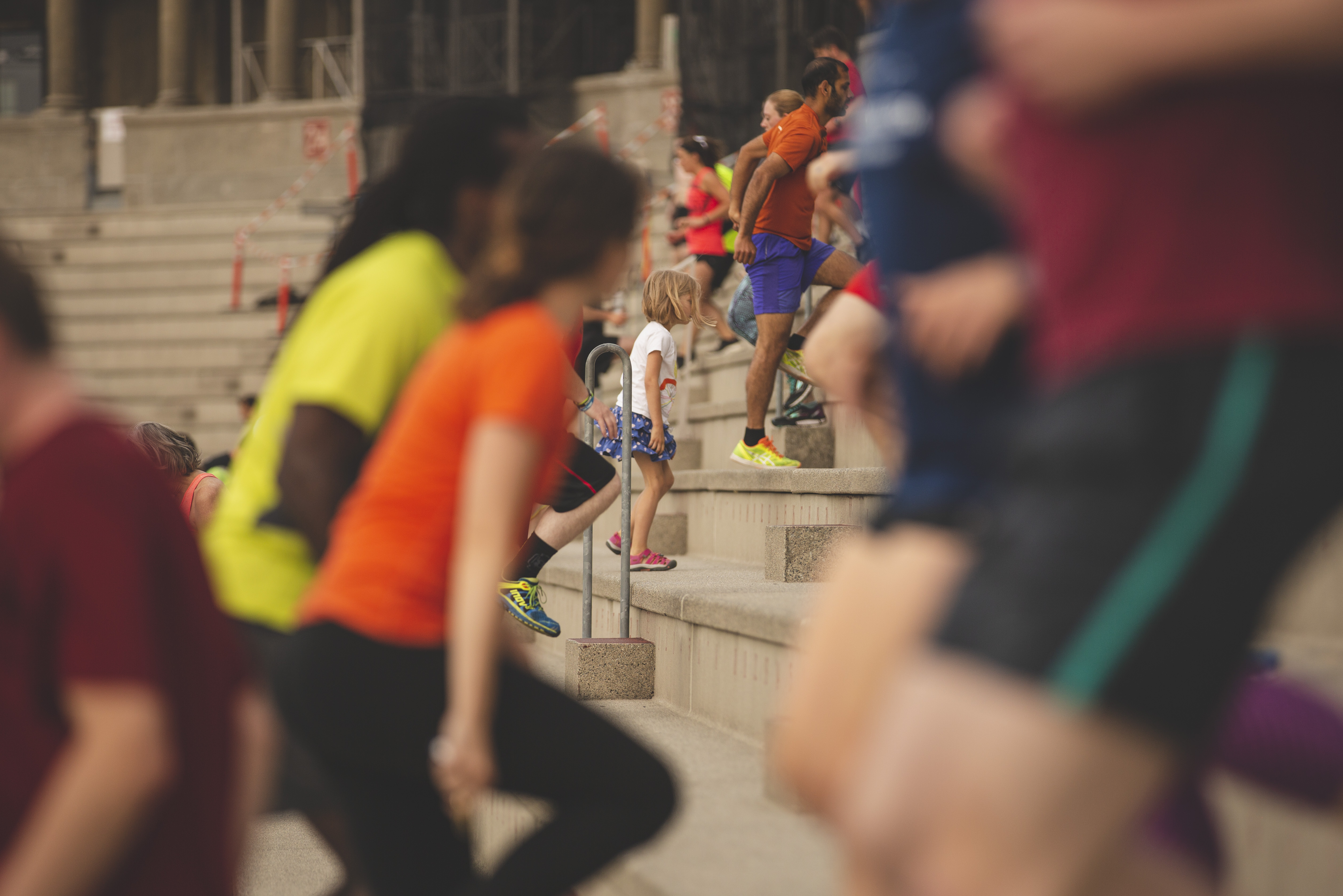 Getting to know the folks that I have through this movement has been an absolute honor. Getting to workout alongside each and every one of you has pushed me farther and faster than I ever thought I was capable. Five years ago I made a decision. To take a leap of faith and show up to this weird “gang of yahoos.” I knew I was joining something weird. Something different. And something that would help me get up and move. What I didn’t know was the relationships I would build and the impact this community would have on my life.

All I can say is thank you. Thank you to my soon to be wife, Brittany, for putting up with absurdly early mornings. Late night group texts about woahmans, butt carrots, and randoDie-s. Thank you to Emily. Who continues to be the rock of this movement here in Boston. She’s been leading November Project for 57 years, and there’s no end in sight. Thank you to Capozzi who will literally say yes to anything you ask him. “Captain DTF” as I call him, ‘since he’s literally always Down to Fuck Funk with any idea that gets thrown at him. You would be hard pressed to find two people that care more about this movement than these two. The sacrifices that they make for each and every one of you is unparalleled, absurd even. They have sacrificed more than you’ll ever know to make sure that there is a place for you all to workout every morning. That it will be fierce. And fun. And new. You may not see it. In fact, we always tried to make sure you didn’t see it. I saw it. They do it because they believe that this movement is bigger than them. If you haven’t thanked them for their time, do it. Do it often. I know I will.

And most importantly, thank you. To all of you that choose to show up and make the most of your mornings, YOU make this all happen. YOU make this fun.

I can safely say that this ride has been one of the most incredible experiences of my life. I can’t wait to see what’s next for Boston and the entire November Project movement. Thank you, thank you for believing in me, trusting me, and bouncing along with me.

Keep having more fun than anyone else does before most people get out of bed.

Keep bringing your best self every morning.

Keep fuck-yeah-ing into your day.

Keep believing in each other.

Keep believing in yourself.

From the bottom of my heart, thank you. I’ll see you around.