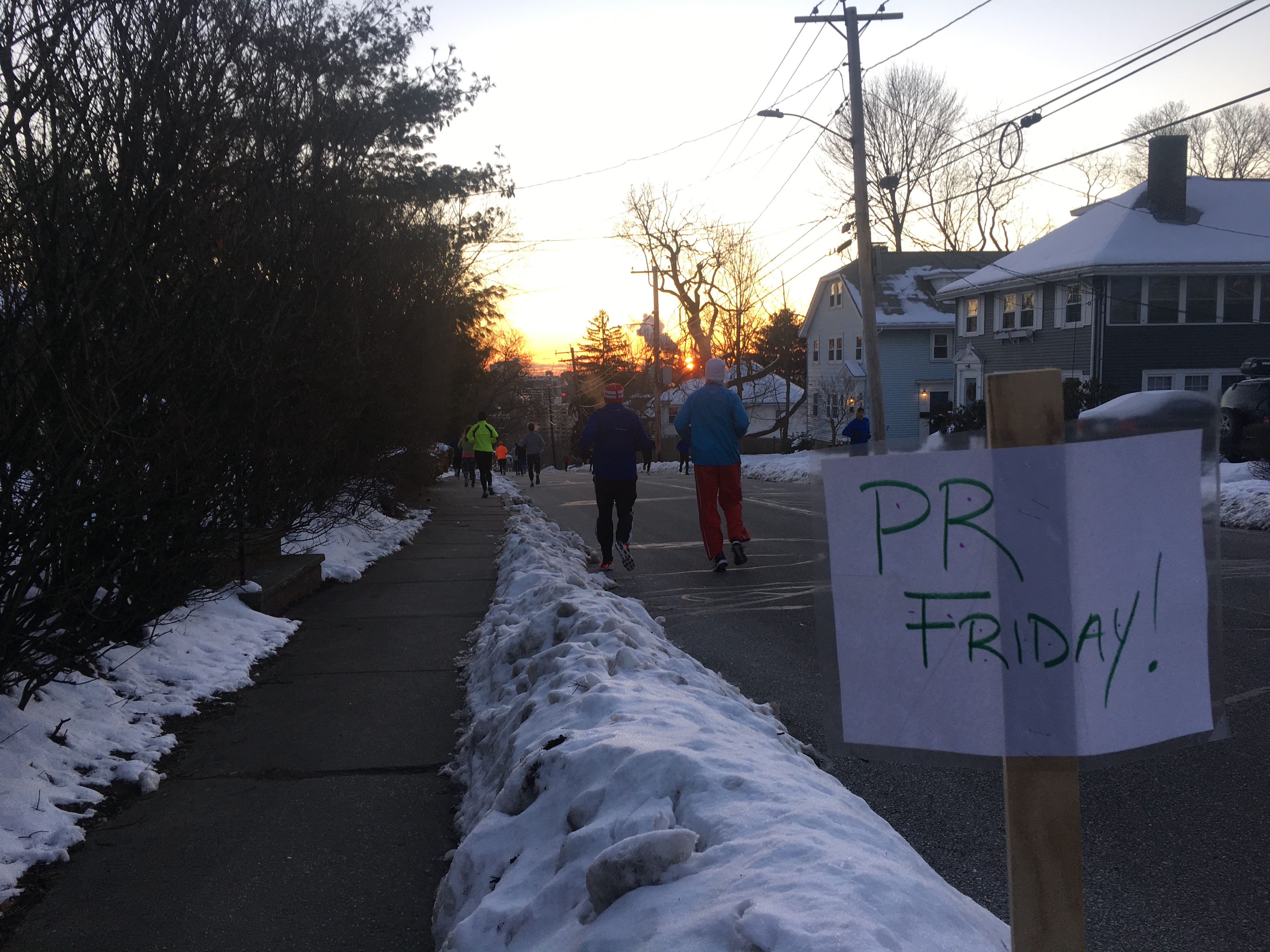 Settle in kids, it’s that time for morning announcements. (Colette and Justin – we know you’re still high school youngins so sorry for homeroom round #2. Hang in there you two, it gets better.) But first – we have some highly SERIOUS business.

First, off Homework.  Yes, you’ve got some #NP_homework.  In good NP fashion, this is a competition between each of us, but it’s also a competition with the other tribes.  Boston better take this one home.  D-Roth is already talking a big game so let’s give him some healthy competition, #beatDroth.  Wear your buff, do weird things for the camera, then blow up social meedz.  The theme is “love your city” and the clocks-a-ticking.  You have ’til next Thursday. If you do it right you could win some North Face swag and we could all use a little additional linen to keep us warm on these sub-zero days.

Second, Monday’s spot is here (tracker will be updated soon).  Technically, it won’t be free. And by technically we mean not free at all so show up with a preloaded Charlie Card/monthly T pass/or enough sass to flirt your fine ass through the security gate by 6:30AM and pack light. All you need is enough for one entry – let’s say $2.67 or some weird figure close to that.   This is something you’re not going to want to miss.  If you can’t make it then shut off your phones now and turn them back on Tuesday morning.  I’m not joking. Our boy Ari planned this workout to the T (get it? a T joke?  k – I’m done).  This IS the definition of #FOMO, folks.  The hype is real with this one.

….Now back to high school.

We’re bringing you some gossip and drama.

(fit)bits is dating the real bits.  They go by the hashtag #kibblesNbits #dirtybits #ladybits #ooo-aah-justalilbits. Don’t expect a wedding invite if you have less than 5,000 followers.

The following track star athletes are getting pee tested for performance enhancers.  Ain’t no way anyone can PR on a day like today, right?! (But seriously congrats on a PR in the worst weather.  You earned your Benjamin Moore – Lukewarm Pee Yellow spot.)

Now for some superlatives. (You had to show up to be in this.)

Most likely to be in the next Janji ad.

Most likely to survive being stuck in Antartica.

Most likely to be featured on the cover of their own book.  #bookman

Most likely to be my roomate.

Most likely to dress in a crazy, absurdly-large costume

Most likely to know this blog’s word count

And finally a recap from this morning.

It was subzero.  The sun showed up.  We raced hard.  People were out of breath.  It was a great #PRhills morning.  We are Weatherproof.

Now hold up that chocolate milk carton and cheers to many more great mornings like today.  Believe me you won’t miss them.  Have a great weekend, you earned it.