This morning, we had our co-leadership crew grow by one more, as Ali Fauci was announced as the new leader of November Project San Francisco. On April 4th, Laura moves to the East Coast…. so we will finally have someone sort out that crew in charge at Harvard Stadium. And hell it would be an awful idea to leave the Tribe in the far from capable hands of Zip & Paddy.

So up steps one of our fiercest, hard working, friendliest, early gang-leading, all-around legend, Ali Fauci, to step in and keep the fellas in line. As her 9-5, Ali works down the road in Twitter, so we may finally have the experience and opportunity to recruit Erin Andrews to November Project by tweet, a pet project and emphatic failure by JZip over the past 3 years.

A post shared by November Project San Francisco (@novemberprojectsf) on Mar 2, 2016 at 10:28am PST

Paddy has had a life goal of whilst crushing a race, pause at a NP cheer station, grab a PBR and effortlessly shotgun it, before seamlessly resuming crushing that same race. Back in 2016, Ali upped Paddy’s goal by doing this at the Portland Marathon:
https://www.instagram.com/p/BLXXx2CBC7N/?taken-by=novemberprojectsf

It seems that Ali will fit right in, as she’s been known to catch out Zip and Paddy often when they slip up. One of my favourite throwback blog and photo albums was that time Ali borrowed Paddy’s phone though the NBA finals workout and gave us this great montage of clips so we could see the workout from a different angle.

The NBA Finals workout as told by Ali Fauci (NPSF)

Convenient that her first month at the helm will kick off with the resumption of our Friday Hills challenge. Team Ali will take on Team Paddy and reigning champions, Team Zip (Team Laura got a bye this month. Corporate travel’s getting the better of her this March). We’ll split the Tribe into the three teams who will battle it out on our hill repeating challenge across every Friday of the month. This Friday, we’ll see the competition kick off on the Ecology trail of the Presidio. Meeting at Inspiration Point at 6:25AM. This month will also combine a recruitment challenge. If you bring a new person to Friday Hills, they join your team. Easy!

One point of caution though,I know the whole Tribe are HUGE FANS of Paddy’s brass and traditional Irish music playlists, but if you’ve joined us at early gang over the past three years, DJ Ali has been a major fan of gangster rap. The fighting over the speaker backpack is going to be interesting on a Monday morning.

BONUS EVENT:::: News just in from Ali herself:

“Guys! I know many of you are going to the film festival tonight, so there’s no official PR Wednesday Happy Hour, but I’m never one to turn down an opportunity for beer, so if you’re free, come join me and Tony and hopefully many more at the 500 Club (Guerrero and 17th, 3 blocks from Church St)!

I probably won’t be there until closer to 7 (doing my taxes after work, vom), but I encourage you all to get there whenever you can and get things started. It’s quite close to Mission St Bart and Church St Muni, so hopefully you all can make it!” 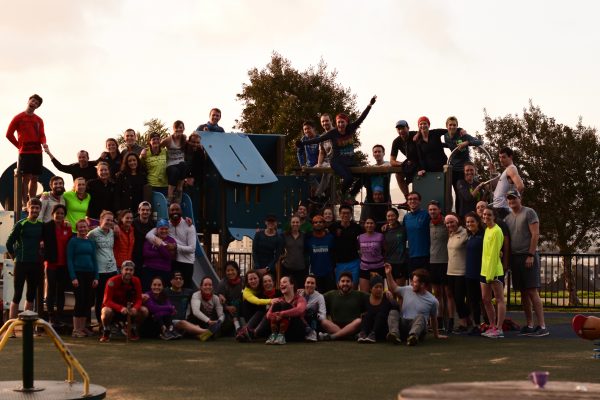