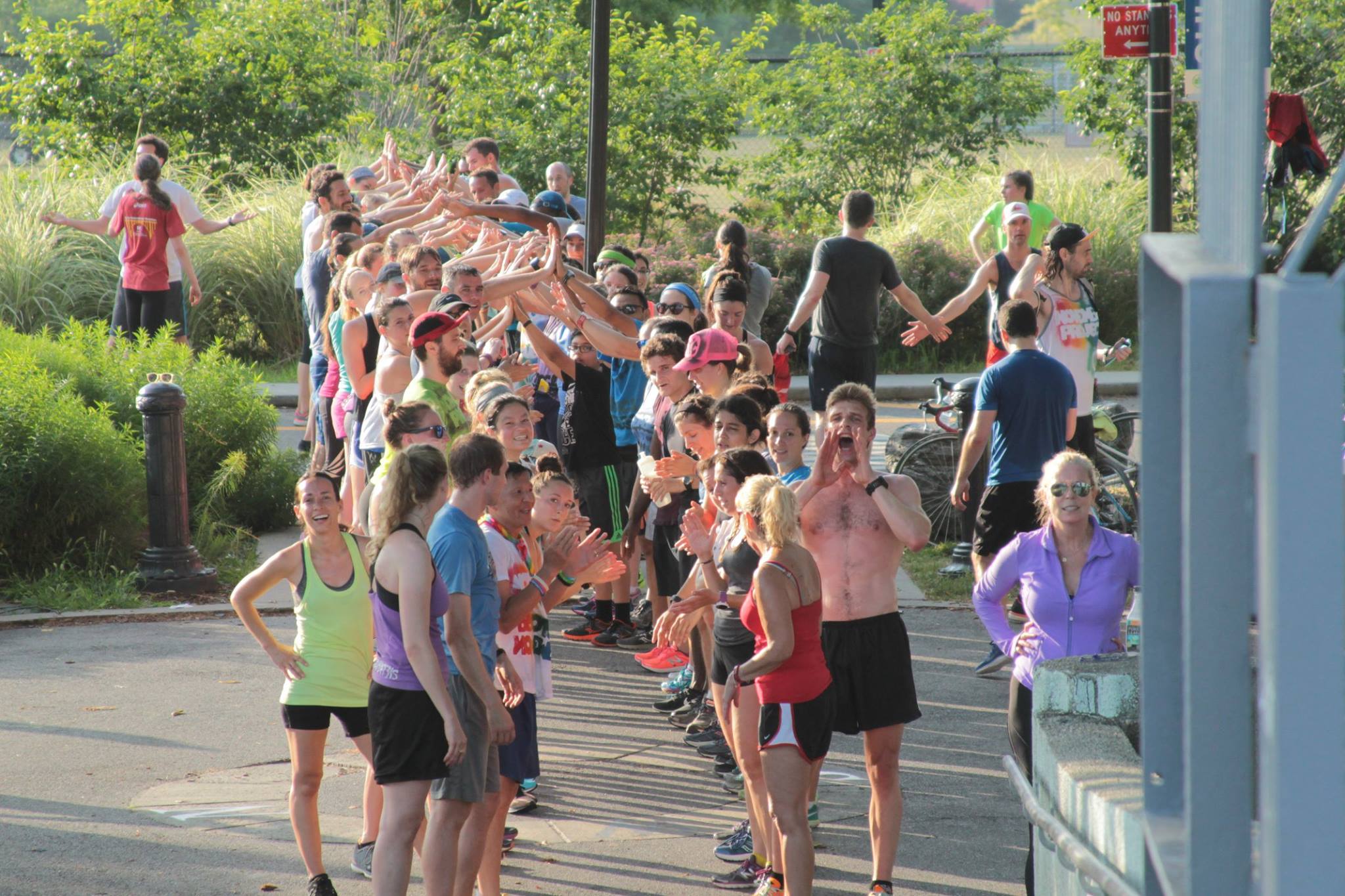 Today is a good day.

Maybe that’s an understatement: Today is a fucking awesome day.

I started my day with close to 300 athletes—some complete strangers, some very close friends—and ended it with a really nice conversation. In a scurry of hugging a few sweaty fellow runners, at the end of the workout I met “Debi.”

Debi raved about the workout. She went on about how much fun she’d had, and told me today was her third workout. Her very first workout was Yearbook Day. She lit up like a Christmas tree at the thought that at her very first workout, someone wanted to take her yearbook photo. She mentioned that she knew John from the running community, and has been trying to come to the workouts for a long time. She just hadn’t been able to bring herself to show up.

Debi told me that lately, she’s been stuck in a rut with her running. She explained that running has been stale for her.

I related to her in that moment, and I think I can speak for everyone when I say we’ve all been there. It’s days like today that make you realize that we all go through times in our lives that can just downright stink—like the stinkiest pair of socks after a long run.

The most important thing Debi mentioned to me was that showing up this morning made that rut go away a little. She said she enjoys the workouts so much that brought two friends along. Her friends were greeted with a tunnel of people to run through, and were also raving about how much fun they’d had.

In 201, I ended a 9-year relationship with my then-boyfriend. We owned a house, a dog, and a boat together. I like to say I had everything but the white dress. When I sold my home, refinanced my boat, and left my dog to my ex, I was in a total rut. I had lost a huge part of my life during that breakup. I gained 50 pounds after college, and all of our friends were shared, so I lost some of those relationships as well. I basically had to find myself again.

At my restaurant, I was asked to run on Team Lanzoni at the Falmouth Road Race. I couldn’t even fit into my running clothes at the time. Team Lanzoni was formed to raise money in honor of a former VP at my company who loved running and had passed away from cancer. I quickly said yes, and started training. I ran every day, twice a day. I trained my little heart out. It was a great distraction from my breakup. It was also a good motivator to get back in the dating game. (My silly dance moves and Michael Jackson jokes only got me so far.)

I showed up the morning of the race, and we were told to use a Sharpie to write the name of someone on our arm — someone, anyone we knew who had been touched by cancer in some way. It reminded me that my breakup was nothing compared to these other people on my team who lost their moms, dads, husbands, aunts, and uncles — not to mention our former colleague.

I share this story to let other people know that we all go through ruts. We all go through breakups, deaths, illnesses, injuries, or days where we just don’t want to leave the house.

You should all be so proud of yourselves that you got up today and did something for yourself. In life, it’s very easy to get lost in the shuffle, and not to take any time in the day to do something you truly want to do for yourself.

Today, I challenge you to go ask out that cute guy or girl you’ve been eyeing. If you ever wanted to get your nose pierced but felt like it’s just a silly fad, go for it. Get a little crazy with life.  And be proud of every bridge you ran over today.