As we near the single greatest sporting event of 2018, the Tribe is getting a little bit excited. Sunday will see the showdown of all showdowns. The showdown the world has been waiting for. The event the Tribe has been training for over the past four years. The November Project SF WINTER OLYMPICS!

Four years ago, we took to the hallowed grounds of Fort Mason and tested the Tribe across 4 events… 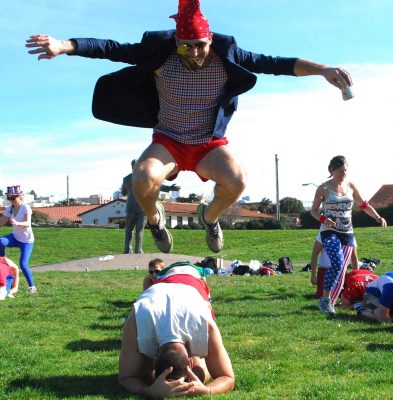 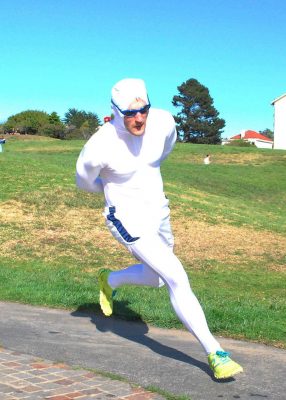 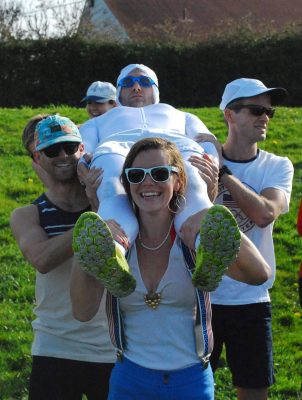 … and the creme de la creme. The grand finale. The showstopper. PAIRED FIGURE SKATING. There wasn’t a dry eye in the house when the show was over. Huge scores of 4 and 5/10 across the board. Impressive stuff… 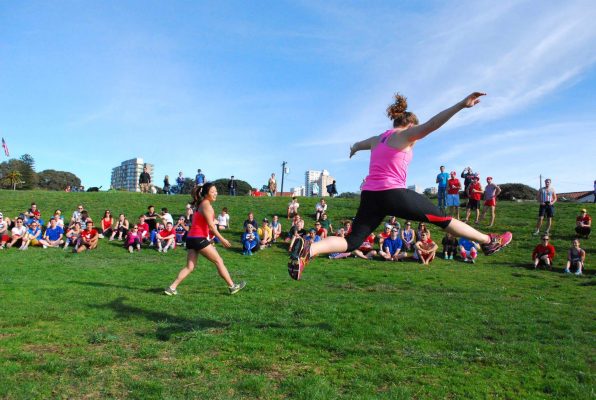 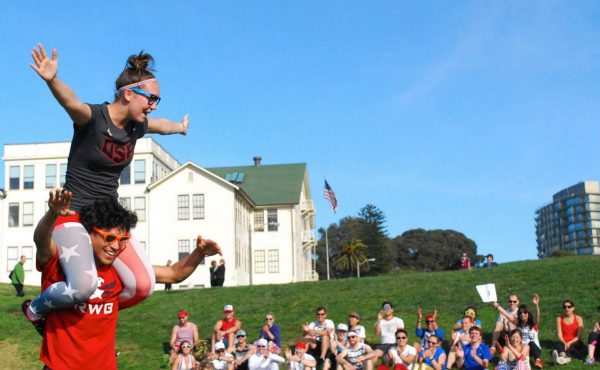 To get hyped for the event, the Tribe has been partaking in this peculiar show called Spirit Week. A supposedly hypetastic high school event that emphasise our school spirit and pride in our school (or Tribe in our case). To be honest, I’m not really sure why this involved wearing everyone wearing pyjamas on Monday and dressing as twins today…. but critically it helped me realise the breezy benefits of wearing a crop top, that I didn’t quite realise on that birthday morning back in December. Twin Day also had the makings of a spectacular prank by Jide.

Jide: “Want to be my twin tomorrow?”
Paddy: “Of course!”
Jide: “Right bring a rainbow top and black leggings. Oh and crop that top!”
Paddy: “How cropped are we talking?”
Jide: “Haha whatever your comfort level is. But definitely cover the nipples”
Paddy: “I went reallly short”
Jide: “Perfect. I’ll trim more off in solidarity with you”

Great stuff. Myself and Jide were definitely going to win the non-existent twinning competition… until Jide wasn’t there as we called everyone in for the bounce. Laura and Zip rubbed their palms gleefully, about to rip on poor old twinless Paddy for his solo attire, prematurely praising Jide for masterfully constructing a great trick on the Irish lad. But then out of the crowd emerged Akinjide to the cheers of Paddy! 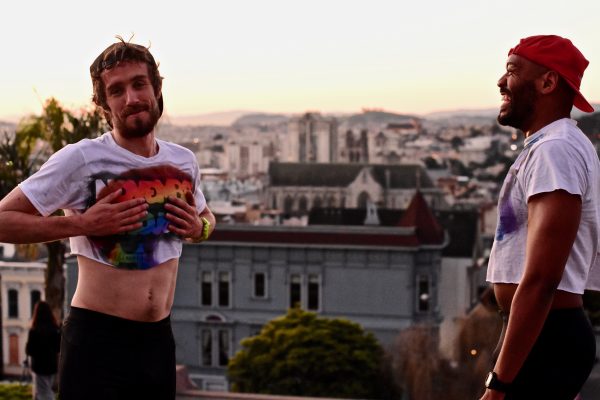 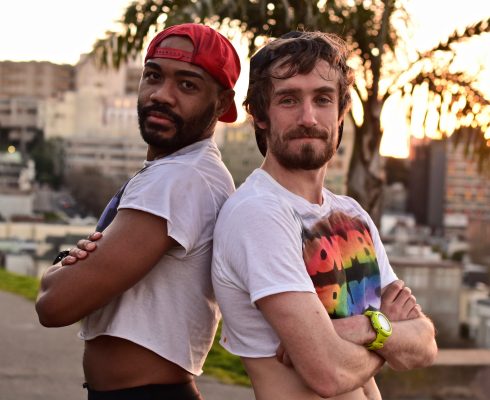 More of the great pairs from the morning… 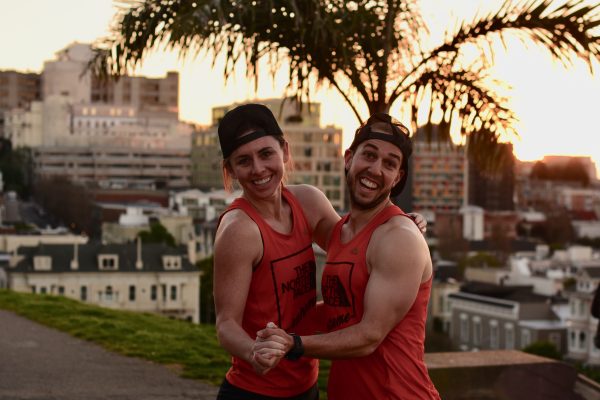 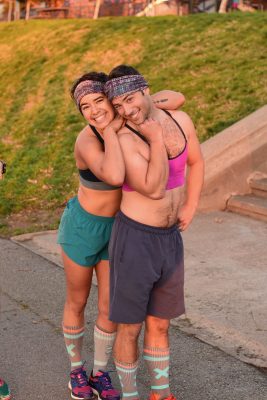 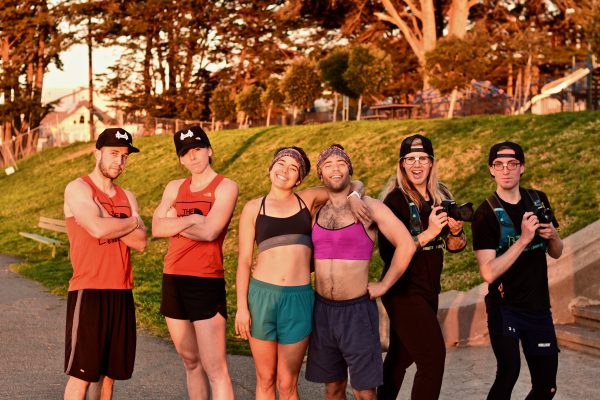 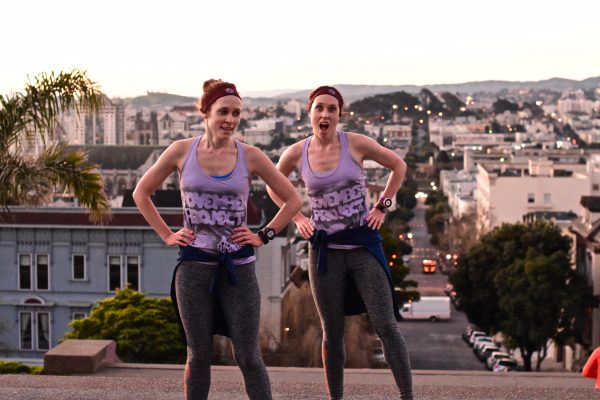 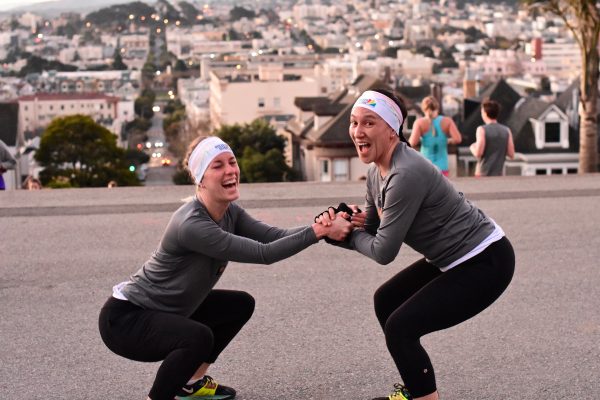 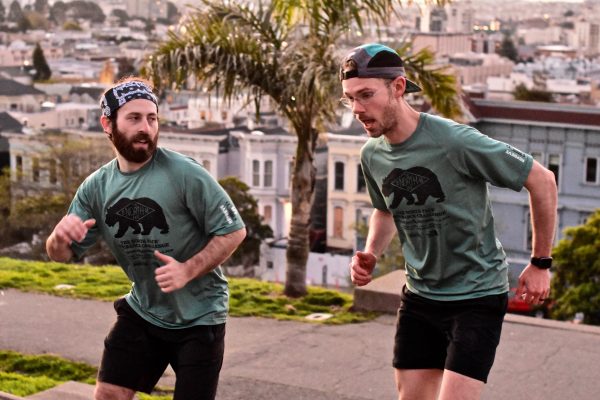 Next up is Colours Day for Friday Hills, meeting at Duboce & Beuna Vista. Rep the colours of your freshman year for November Project. Here’s the breakdown of colours. See you on Friday.

Oh and don’t forget to prep your nation’s colours for Sunday’s Olympics too! Last time around was all USA, a Canadian Stivers, a stubborn Frenchman and the dodgy Irish. Let’s see what other country colours we can get this time around. 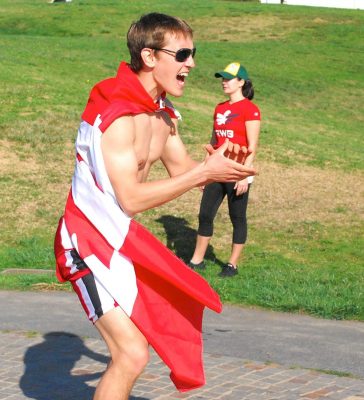