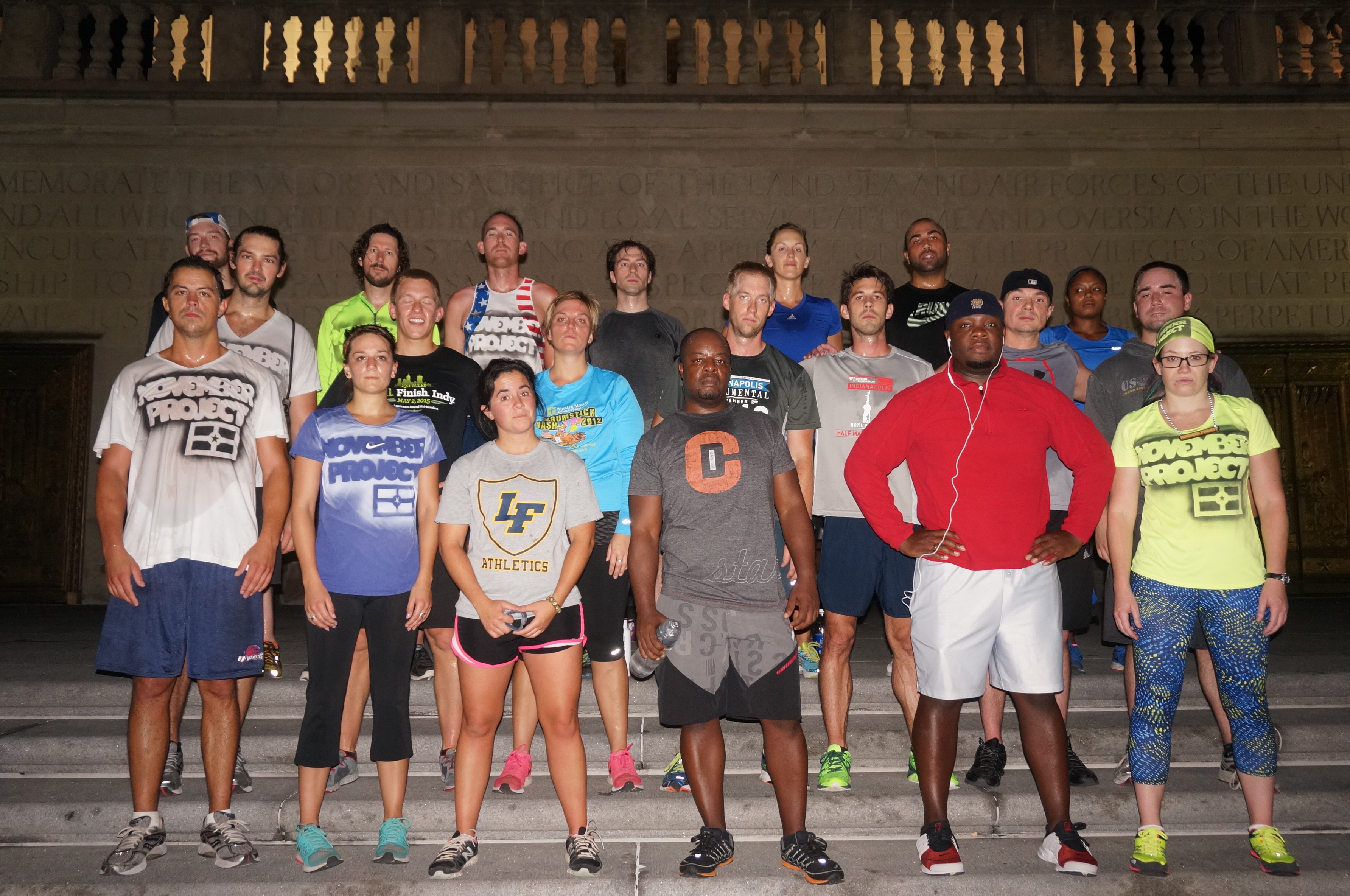 Today #NP_IND got a little childish. Grown a** adults played Sharks and Minnows on the War Memorial before dawn. The tribe ran #UpAndOvers while pausing for jumping lunges on the north landing and tri-cep dips on the south landing. There were two sharks, complete with dorsal fins and flippers. Sharks were restricted to the stairs and upper landings. If a shark tagged a minnow with its flipper, the minnow had to promptly do a 30 second wall sit. No apologies for the sneakiness, the aggression and tag teaming.  As Donny was heard praying, “Help me, Oprah!” Danger instructs: “No mercy, Bobbie”. A few tribe members and a shark may have whipped out in the shenanigans, #SafetyThird.

Today several traverballers visited #NP_IND, including Alex via BOS, Matt via MSP and Dustin via DCA on his world tour of November Project cities. What IS the new hashtag, BG? #24TribesAndCounting?

Jason, tan(ner) Jason, did a Double for Frank today. #FuckYeah!

Guest photographer Ashley worked out with the 5:28am group so she could capture the 6:15am shenanigans on film. Thanks, Ashley!

Thank you for showing up and playing with us today. Rahhh! And have a great day!