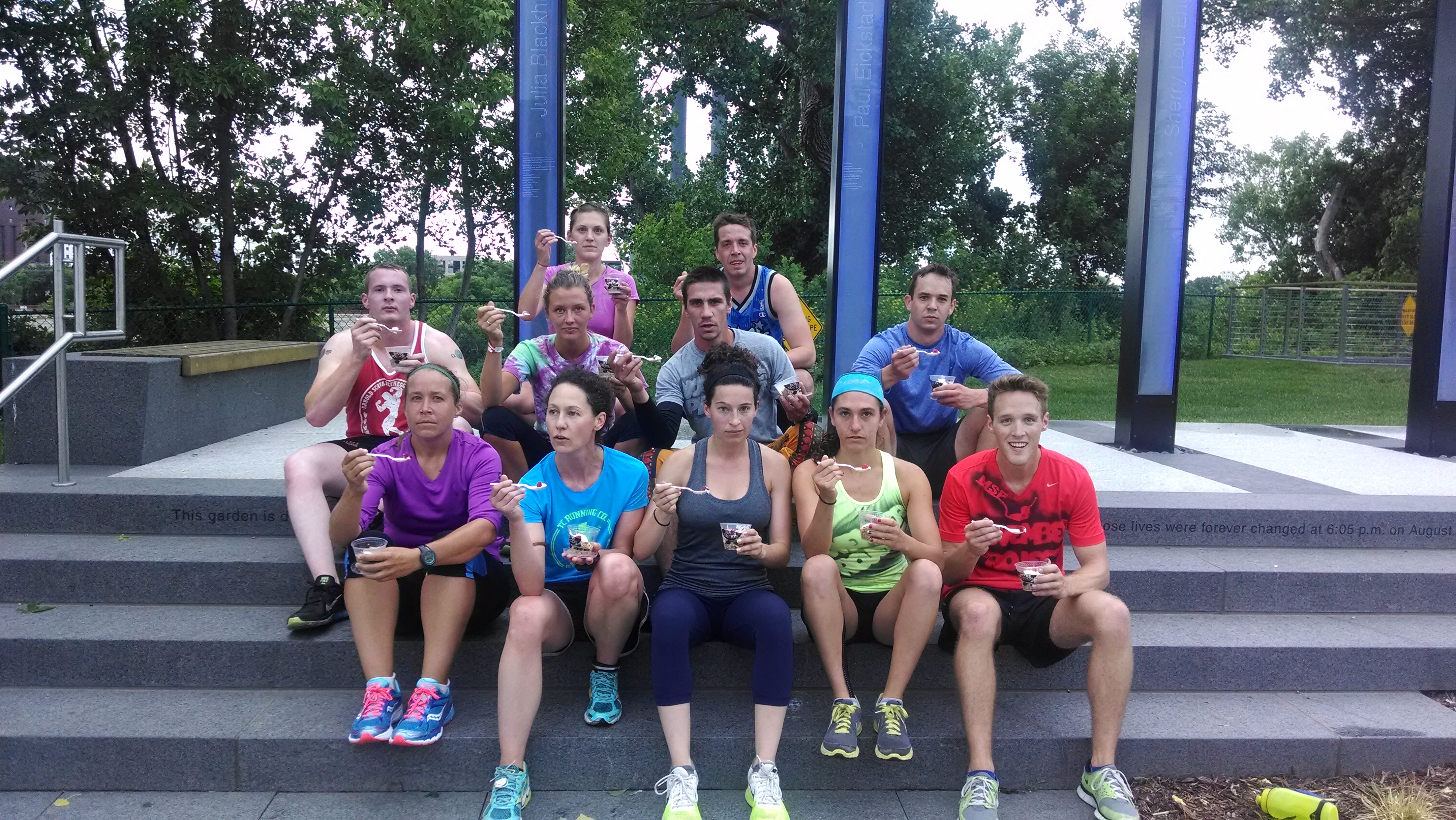 Boston was there, Seven Sundays brought a crate filled with mueslies, and Cameron “The Wing Man” Wing powered through his final MSP workout before heading west. We got things moving with a lap down to the river level and back. From there we divided the morning into two separate workouts.

First we threw down a power circuit on the stairs between “The Mill” and Guthrie theater. We circulated around reps of box jumps, core “yoga”, pushups, and burpees. Each circulation was culminated with a fast lap through the Guthrie Plaza. After four total circulations, we headed for the hills.

Second, the hill workout. In honor of The Wing Man, we finished the workout with 12 minutes up and down the West Bank Parkway hills. Wing finished with 5 total laps, and rung in the whole herd on his final climb. We got to the top where muesly(breakfast food) from Seven Sundays was waiting for us. The morning was strong.

The week should consist of seven Wednesdays. Get out and move this week. Assignment for next week: bring a new person.