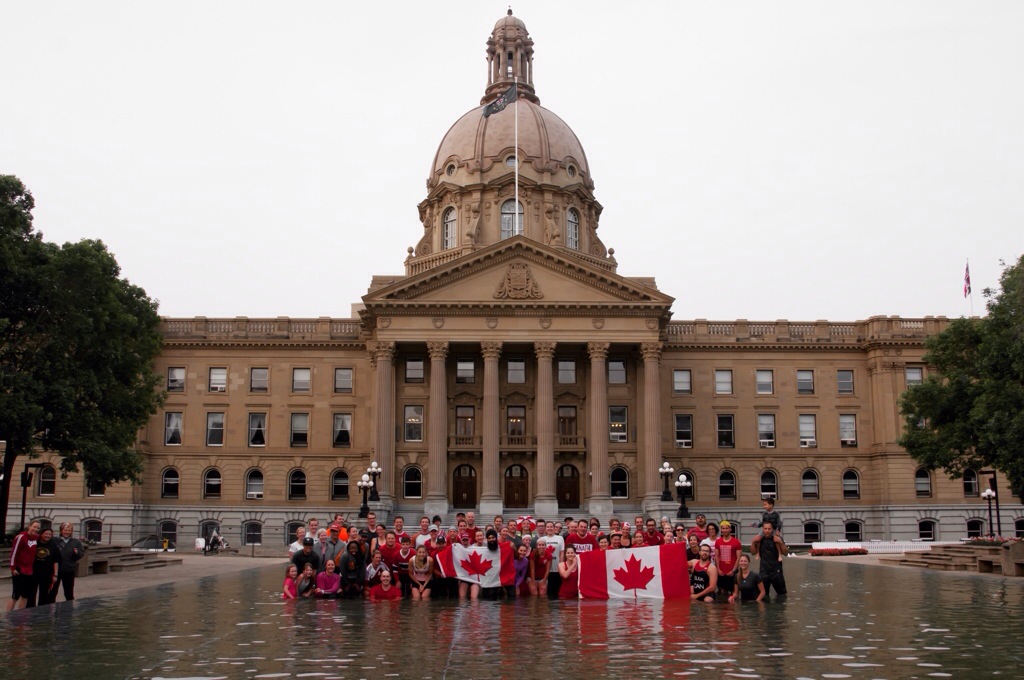 Tomorrow is Canada Day. While we prepare to celebrate our heritage by showering in maple flavoured double-doubles, we must not forget that the settlers of this fine country once used their natural resources to get from town to town. That’s right, they would waltz on a log as they travelled down the river. Like NP, some even found love along the rivers. We thought we would do our best to re-create what it was like to drive a log down the river, but we weren’t allowed to put the 84 logs we brought into the water at the Legislature this morning. Instead, we just facilitated lots of hip grabbing, awkward dance moves, genuine smiles and un-sweaty hugging. The following video is what life used to be like in Canada. It also was a video that played every Saturday morning between He-Man and Bugs Bunny. Trust me, when you’re waiting to watch the Roadrunner, a 3 minute long ‘commercial’ does not get the appreciation it deserves.

Wednesday is going to be huge! Yes! HUGE! You’re not going to want to miss it. We will meet you at Gate 2 at Commonwealth Stadium. An un-named tv host from an un-named morning show will be there to check out our un-named workout.