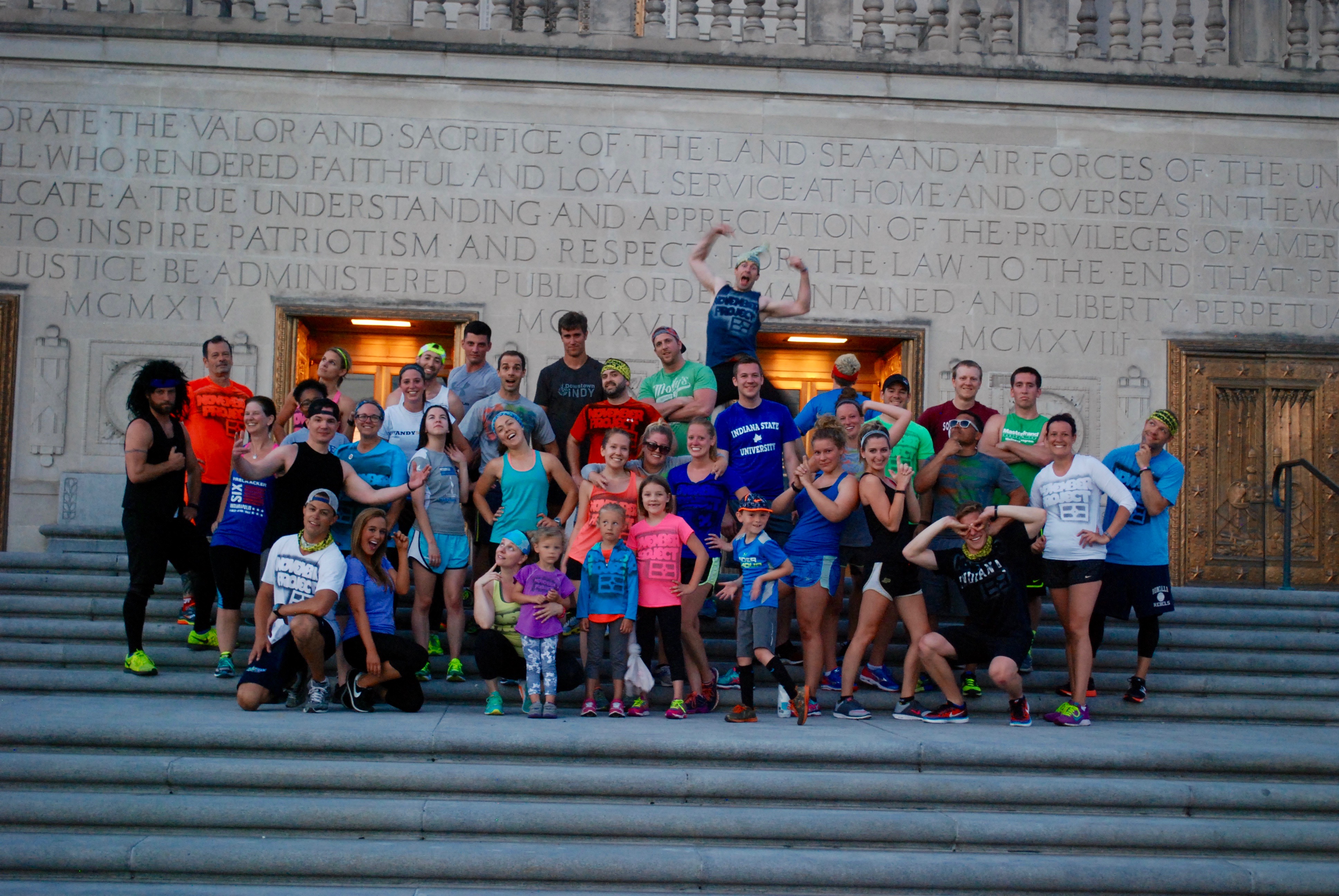 Alice Cooper sound bytes, local newsbytes, and schoolyard apple bites.
Yesterday’s pre-workout hype post hinted at some shock rock action in today’s workout, and some tribe members lived up to the hype, the literal hype, by getting geared up in the black leather (or pleather) and headbanger wigs.
School really is out, which is quite the relief to some teacher tribe members (y mi esposa), so it all gelled together quite nicely.  Plus, we had four young kids and a teenager show up and rock the workout, or at least the workout watch party.  Plus, plus, NP_IND is now more world famous than ever before as both the 5:28 and 6:15a workouts were covered by Fox 59 (and sort of CBS 4 . . .).  With Shaw at the helm around here, that meant that he had to show his face on those public broadcasts and has now removed himself from the Witness Protection Program and assumed his “original identity”, which the trusty, legal-brief level citable Wikipedia is tells me is an act “always discouraged by [federal protection] administrators”.  But enough about that.
The Workout
The workout, much like the impromptu bounce, shifted around a bit but ended up remaining a grueling one.  We worked in pairs while staying largely in a group.  Twenty low-five pushups came first, then came a trip up the steps to the gold door, all followed by an eastbound turn to run some sprints.  Around the top of the War Memorial we went to “jump” into some leapfrogs all the way across the west plateau.  We headed back down the north steps to finish off with twenty leg throw-downs a piece while joyously smiling for the camera.

(Hump Day?  Wednesday is LEAP Day around these parts)
The Notes
Shaw’s got an awesome workout planned for next week, we might have some additional news coverage then too, we’ve got NP royalty coming mid-June, and there’s an added week thrown in before the next Race Day this month (you’re welcome).

(Miles of Smiles)
Look for us on Fox 59 again tonight, and make sure to tune in to the national ABC news next Wed (after #justshowup…ing at the workout of course) to catch the NP Founders doing some live workouts from NYC, LA, and Chicago.
Have an awesome week!
-CaseDawg almost J.D.
Share via socials: