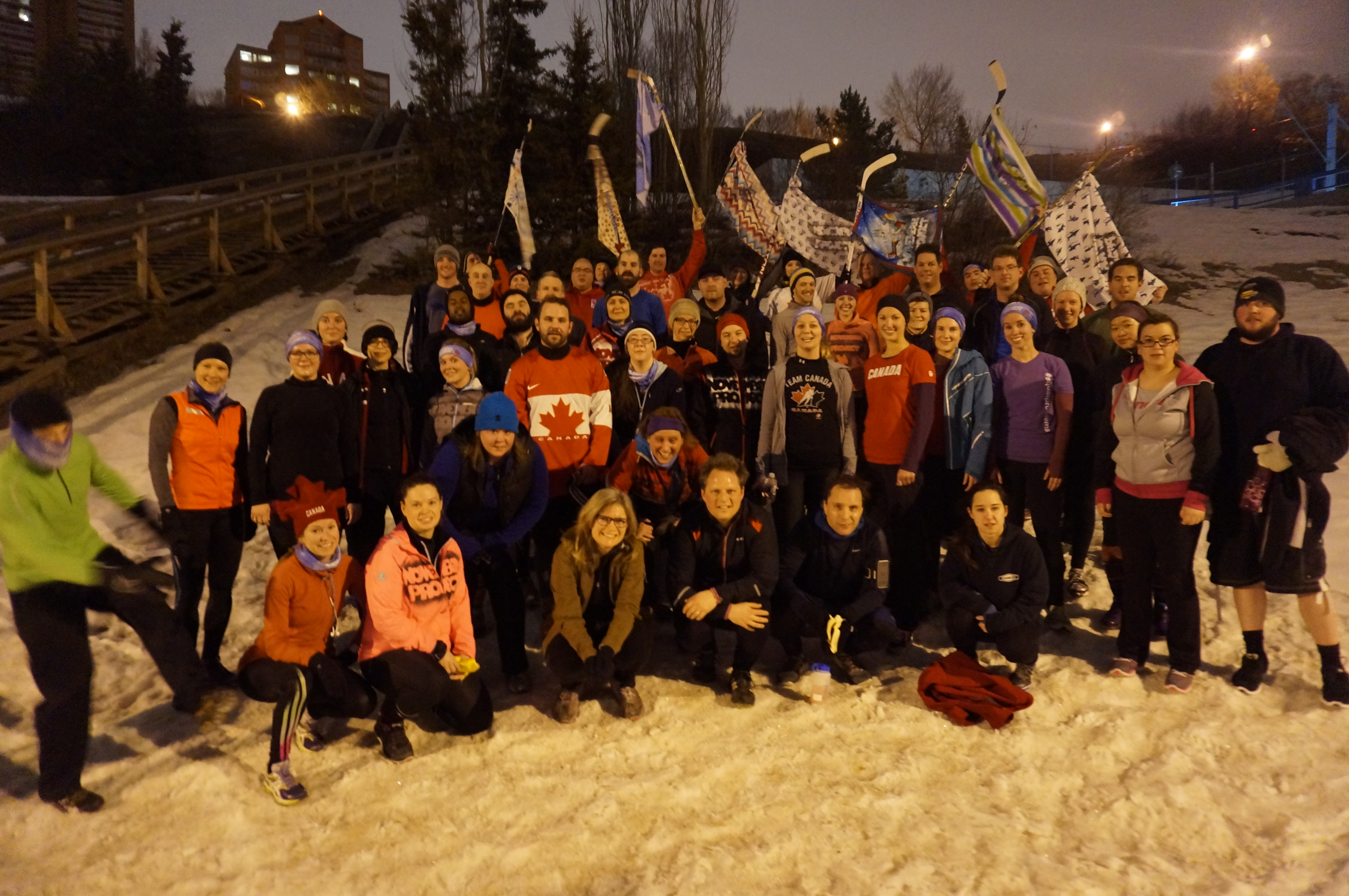 Olympic Week continued today as all 8 nations took part in the flag bearer’s relay. We can all agree that carrying a flag up the stairs is much harder than it looks. If it counts for anything, I’d nominate any of you to carry the Canadian flag in Sochi. You are all just as deserving as Gilmore Junio. Some of you even helped out the other nations and carried their flag for them. If that doesn’t scream sportsmanship, then you need to get a new dictionary.

The statisticians and actuaries that have been working behind the scenes have informed me that each nation has an equal probability of owning the podium. Will it be the Team Spaceship, or the Lampy Lamps? Maybe Team Kinda-looks-like-a-star will pull ahead. I guess you’ll have to show up on Friday to find out. Which brings me to the next piece of information.

Friday, we will NOT be at Emily Murphy Park. DO NOT GO TO EMILY MURPHY PARK! GO TO GALLAGHER PARK!

The final event and Closing Ceremonies will be at Gallagher Park. If you go to the regular hill, you will not receive any hugs. You will not have a chance to win the gold medal for your nation. Also, you may or may not be at a gargantuan disadvantage if you do not bring a toboggan.

This Saturday is the Dead Cold Run followed by our Winter Social. Since it is a social, we will be at Central Social Hall at 7pm. There’s a good chance for you to see what your tribe members look like without 47 layers on. You’ll even be able to say more than a few words of encouragement to them.

Last thing, I’ve never seen true fear in a man’s eyes until this morning when everyone went to give newbie, Anthony, a hug. He may not have shown it, but his soul warmed up by 13C degrees after those hugs.

Last last thing, what is the guy on the left of the picture doing?