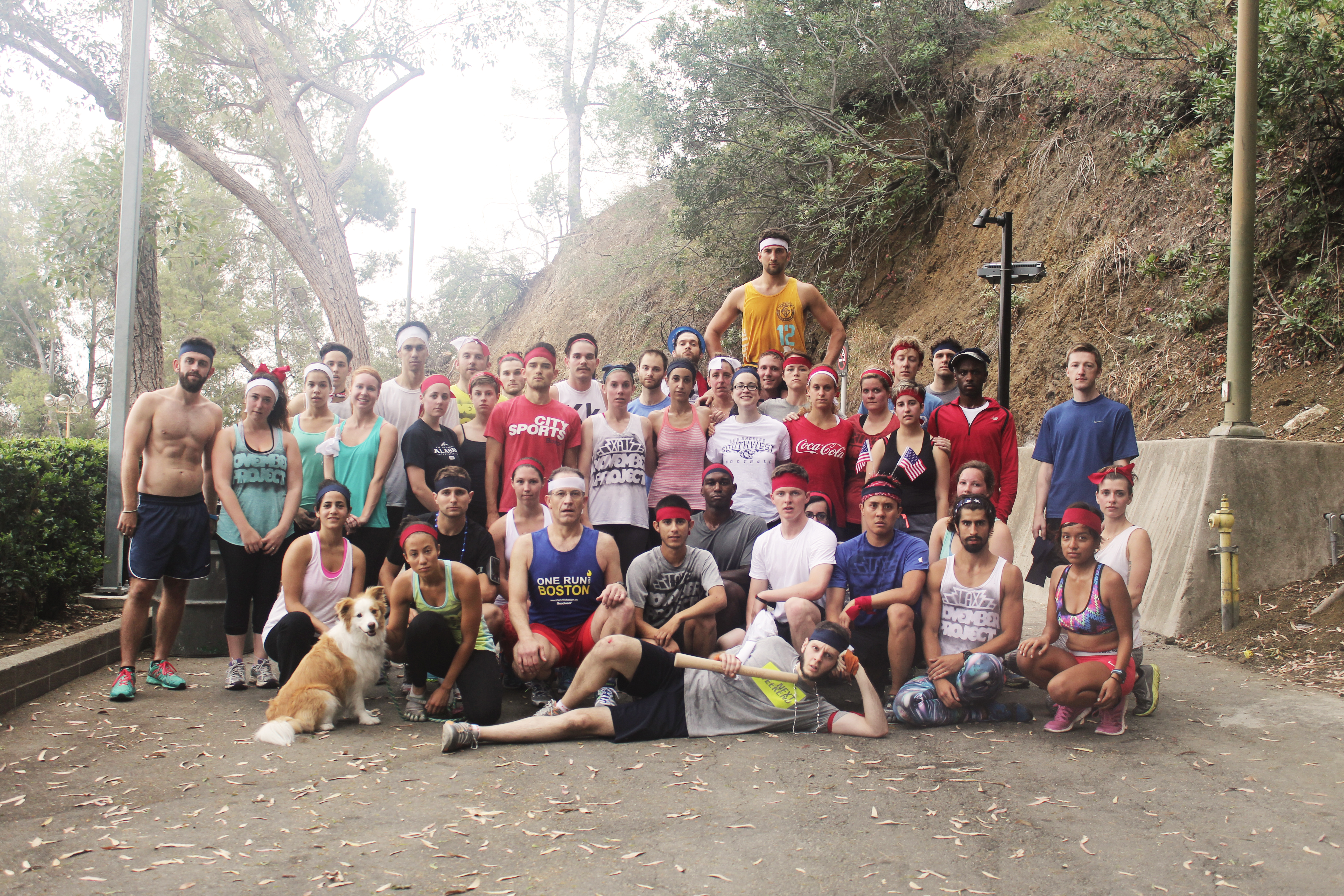 So we got our early Fourth of July celebration on today. Initially Angelo and I discussed just laying down for a whole workout for energy conservation for the Fourth but we decided we wanted to get sweaty. So we nearly held our workout at The W’s sauna but they didn’t think our “run club” was special enough. We nearly bought flights for all our tribemembers to NOLA to just sit in the Louisiana heat but there wasn’t a plane big enough for our tribe. We nearly played a version of Hansel and Gretel where one by one we were going to roast you in our oven’s but turns out I left my baster at my parent’s house (I swear we’re not a cult). So it turned out to be easier to “just” workout this morning and sweat that way.

We revisited a previous workout inspired by San Fran’s tribe that we call The Compass. Push-up high fives were exchanged, squat jumps were performed, superman’s were flown and lunges were lunged. We did each exercise in groups of four (get it?) 50x to then sprint off to three paths leaving one partner behind to hold a plank until all partners returned. The catch, you had to dance around your partner who was planking when you returned until the group was four again. We’re not going to lie, some of you got a little too into this. A San Francisco tribe member decided butt bongos would be an appropriate dance move to his planking partner. What are you teaching them up there SF? COOL YOUR JETS!

To cap off the workout each group ran to the top of the bowl to arrive at what they thought was the completion of an awesome workout. But we had something else up our sleeves. We had passed out red, white, & blue bandanas earlier within the workout. Each color corresponded to a two minute hold of a specific exercise. Planks, V-ups or squat holds. Some got a little greedy with the headbands meaning extra time and extra holds. Kudos to Angel and to everyone else who decided to tag along even though you decided to grab just one color.

The positivity award was award to a dude who has determination. To a dude who likes doing one handed cartwheels. To a dude who likes orange. Vance has been a believer of NP for a long time and constantly challenges himself and others at any of our workouts. Not to mention missed a workout but decided to make a video of him at the bowl the next day with an apology and workout on his own.

We can’t stand your hugs. We despise your words of encouragement. We don’t like the sting of your sweaty high fives so stop giving them to us. As always we dislike every single one of you and do not want you to ever return to the Hollywood Bowl Wednesdays at 6:27am.