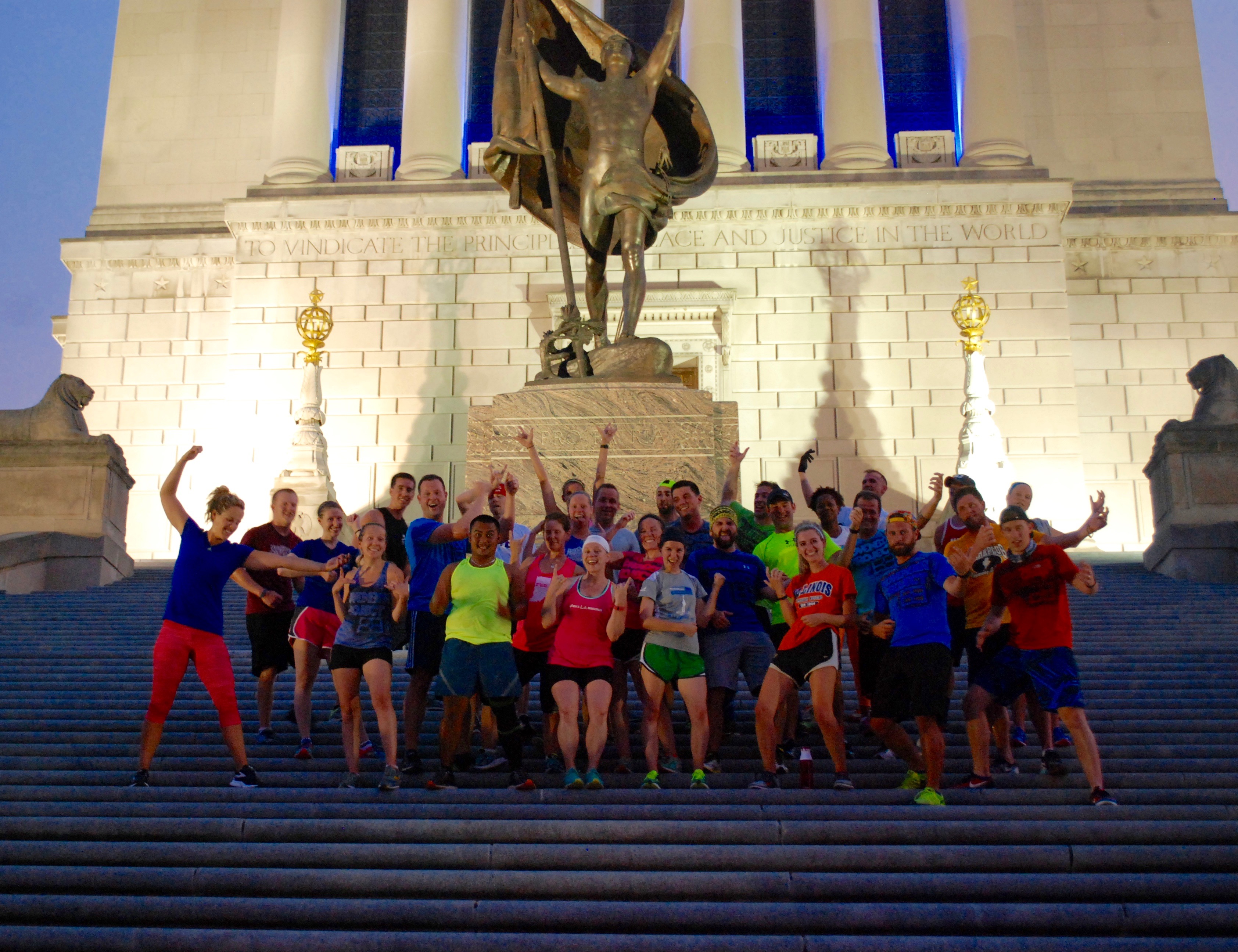 We dodged the impending rain this morning, but there was still PLENTY of thunder.  Our tribe showed up strong: that 5:28a group came to rock with only one newbie but lots and lots of regular Wednesday warriors; the 6:15a had a killer newbie showing (thanks for “Tom-Hale-ing” it up Maegen and whoever recruited Jacqueline and her carful).

Workout:
The workout was inspired by the Bobbie’s Last Stand workout.  We held it down on the Southsiiiiiiide (“keeping it real” voice).
Four stations: 1. Situps, 2. Pushups, 3. Mountain climbers, 4. Burpees.
We split the tribe up between stations, then people threw down in one-on-one Paper, Scissors, Rock battles.  Winner did ten reps of whatever the workout was at the station they were at, then ran to the next station.  Loser ran up and down the stairs then reported back to the same station to try their hand (quite literally) at Paper, Scissors, Rock again.
Apparently no one ever won because we all essentially just ran steps the entire time . . . well, almost the entire time.
We polished off the workout with a nice bout of Thunderstruck.  The twist on the Thunderstruck post-workout workout was that instead of letting AC/DC hit the chords, I just yelled “THUNDER” every time it sounded like they should have . . . our speaker game was not the best this morning, but as the old saying goes, “When life gives you a lack of speakers, find someone whose life has given them a vehicle with Bluetooth or AUX compatibility and move the tribe down by that vehicle so they can sort of hear the song being played.” …it’s a very old saying.
Notes:

Have a wonderful week everyone!
-Casedawg
Share via socials: