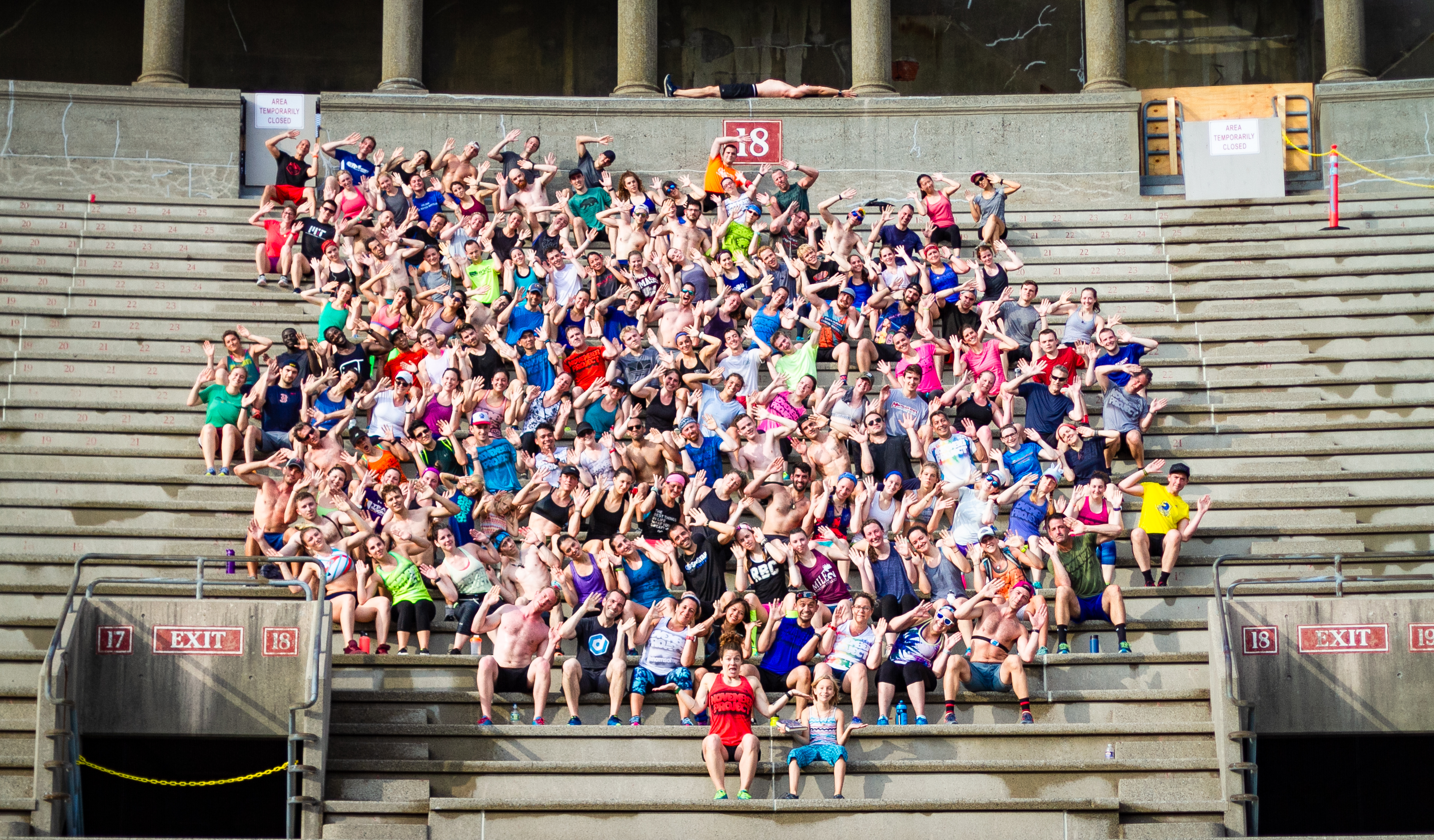 It’s not often that I take the mic.  I usually spend my morning artistically telling my perspective through the lens and some slightly-angled captures.  But this week, for me, is a little more special.  Something that a photo can’t quite capture.

I’m rolling into my 5th year of #justshowingup. 5 years.  That might not seem like a long time but I can’t remember the last time I’ve truly committed to anything, by choice, for that long.  So why this movement? Why for so long?

I want to share the story of my beginnings at NP because I feel it’s probably similar to a lot of yours.

Late July 2013 I spent an impromptu weekend with some strangers that I happened to get involved with when my best friend and roommate got injured hours before his Ragnars relay race.  I had never run more than 5 consecutive miles before and he asked me to run a 6, 8 and 12 mile leg.  I reluctantly agreed since the team had no other replacements.

I finished the race and became tight with 12 new humans that I would never have otherwise met.  One of them, you guessed, was an avid NP-er.  She was like you NEED to check out this thing.  So the next day, Monday, I showed up.  Tuned into my headphones and standing on the fringes of the baseball field over in the North End.  A large dude immediately came up to me and said you look new, take this.  He handed me a cardboard cut out of what I later found out was a recruiting paper and slapped a big old hug on me.

I jumped right into the workout, got zero names, made zero connections and ran off into the city, far behind 100’s of people that scattered in their own direction home.

Wednesday I just showed up.  Saw the same big large dude that recognized me from Monday and pulled me into the newbie meeting.

I toed the line at the bottom of section 37, had no idea what the fuck a GPS running watch was but was wired to my headphones, listening to “safe and sound” on repeat.

I continued like this for 9 months.  When the two large dudes told me to turn and hug someone, I did asked their name and then immediately forgot it.  And, I didn’t get any grassroots gear for the first 9 months of my NP pregnancy.  Why?  Because I wanted to feel like I was a part of it and not on the fringes before I wore the gear.  Don’t get me wrong I loved this thing, told all my friends about it, spoke its phrases but all I simply did was just show up and listen to what they told me to do.

Then I decided on a Friday in March 2014 to take a day off from work and just chill rather than rush off to get to work on time.

I went to coffee where a bunch of NPers usually did after running hills and sat down at a table by myself, still hesitant to approach anyone.  But then someone came to me.  Her name was Ellen Perl and she started asking me these questions, getting to know me.  10 min later we had 8 people around us and I was getting invited to their party later that night.

Sure I’ll check it out.  And I did.  And I can tell you from that day on I was never on time for work again.  I was in.  I was hooked.

I actively sought out meeting new people.  Seeing how many people I could recruit to a single workout.  I started hanging out with more and more humans from this movement and my life was starting to be a hell of a lot more positive and fun.

The following week I got my first gear tagged.  Hung the original recruiting paper right on my way out my bedroom door.  Both of these served as a reminder about what showing up really meant TO ME.

Then in September 2015 I was asked to take over the keys to this high speed train as a coleader.  If I hadn’t already been all in this definitely got me there.

Fast forward to this week.  My 5th anniversary and the week coming off of M.O.M (Meeting of the minds) where 105 co-leaders from around the world gathered around a campsite to ultimately talk.  We reunited with old friends, we met new strangers, we shared serious talks, hard talks, and of course the stupid nonsense banter and jokes.

But most importantly I saw 104 other humans that are so deeply passionate about making a difference in their communities and cities that it brought me to another level.  If I wasn’t ALL IN before, I’m coming back from this even more ALL IN.  5 years later and my love for this movement and community is stronger than ever.

I’m coming back even more committed to ALL OF YOU.

Even more committed to being the best support and coleader I can to Em.

And even more committed to smearing this movement all over the city so that everyone can access the positivity that we all experience at the ass crack of dawn.

This is more than JUST a workout.  It’s more than simply a run club.  And it’s more than just another community.  It’s something even more indescribable and magical with all of those elements worked into.

Who I am this week is a far cry from the dude who would just show up, half hug the humans he was told to, and drown out the good vibes with his headphones on a Wednesday morning.

So what can I share with all of you?  I’m not sure if it was that original hook in the Ragnar van that got me to #justshowup, or Ellen’s invite at the coffee shop, or BG’s original recruiting paper, or the fact that he remembered I was new the new kid. Maybe it was that first time I took out my headphones, or that time Em and Bojan asked me to be a coleader, or the connections I created with 104 other humans this last weekend.  But at some point I allowed myself to be open to this thing. To let it impact me. I’m not telling you to just take out your headphones, or just fully hug that person when I tell you to, because that might not be IT for you.  What I am encouraging is that you STAY OPEN and give this thing a chance to see what it can be for you. You stay open and more present when we ask you to turn and hug or high five the person next to you or partner with a stranger.  Because you never know where that one moment might take you.

And lastly, thank you guys for continuing to just show up.  Whether you believe it or not, the friendships, adventures, connections and shenanigans that we’ve all shared together – keeps my love for this thing growing stronger and stronger every single day. 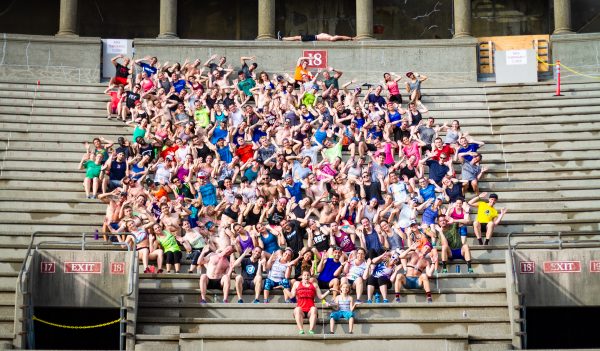