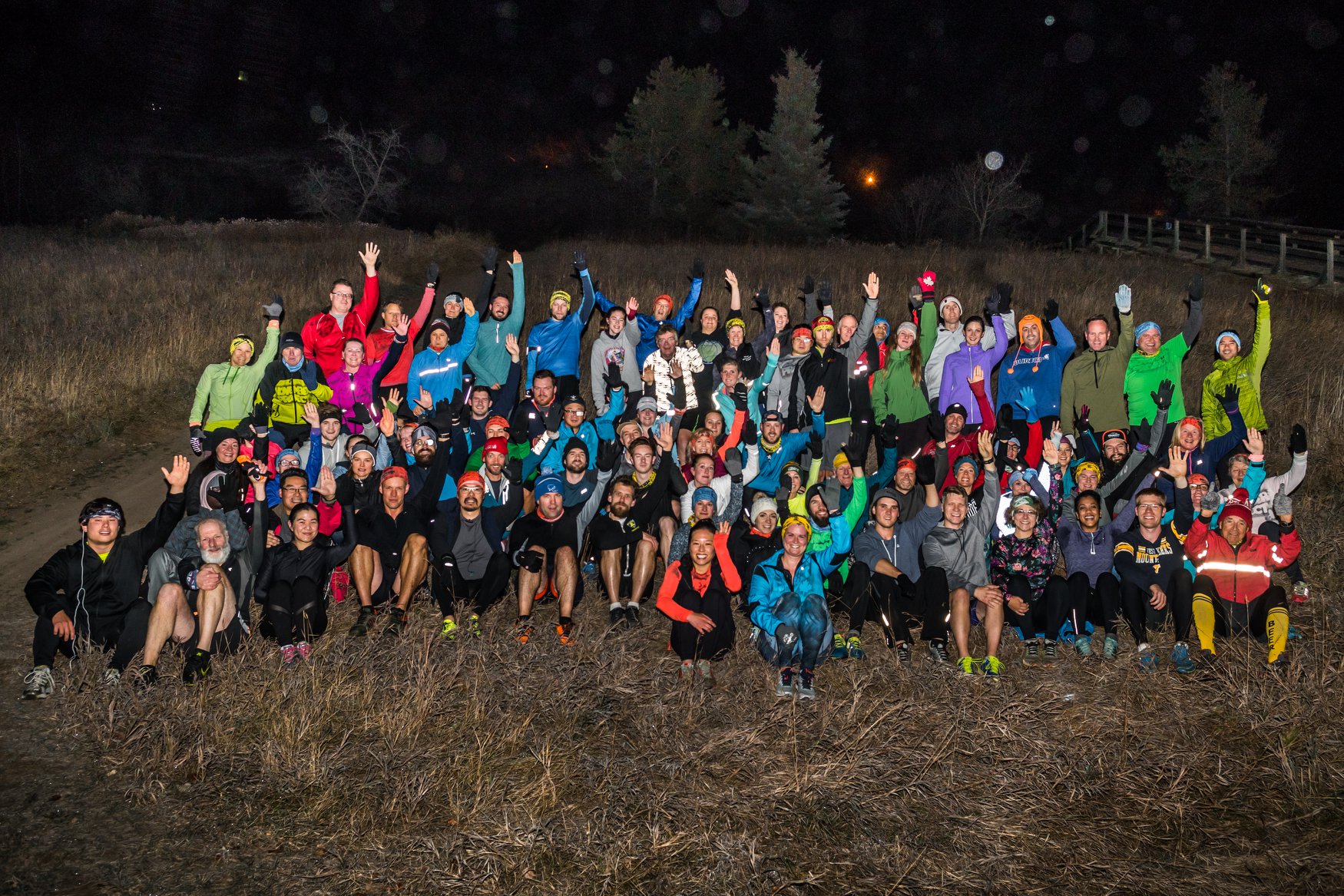 It has been awhile since we’ve done one of these. This week, I was thinking back to the first ever summit that was held here in Edmonton. Back then, leaders of 7 tribes gathered in a window-less meeting room with a table at a hotel in Edmonton to talk about the future of the movement. Things were different back then. Back then, we’d have 40 people showing up every workout. We gave out lots of hugs, but didn’t do a bounce at the beginning of the workout. The city was different. They were just trying to figure out how to do more during the winter months. Rogers Place hadn’t even been approved by city council. The bridge wasn’t lit up yet. Jen and I had no idea what we were doing (this might imply that we do now… that’s up for debate). It was our first winter. Most of the questions that came our way was about what would happen in winter. Would people come out? What happens when it’s -30? The badges didn’t exist back then. People weren’t sure what November Project was all about… some thought there was a catch to this free thing happening in our city. Side note: There still isn’t.

Each of the 7 tribes at the first summit had one of these videos created by the team from Dooster who has done a ton of other NP videos. It was meant to be a recruitment video and introduce people to our tribe. If we were to create one of these videos again, I’m sure we’d focus on some other things, but everything we talk about in 2 minutes is relevant

Monday – Bring a pumpkin. Don’t be the person that doesn’t have one! Go now before they’re sold out!