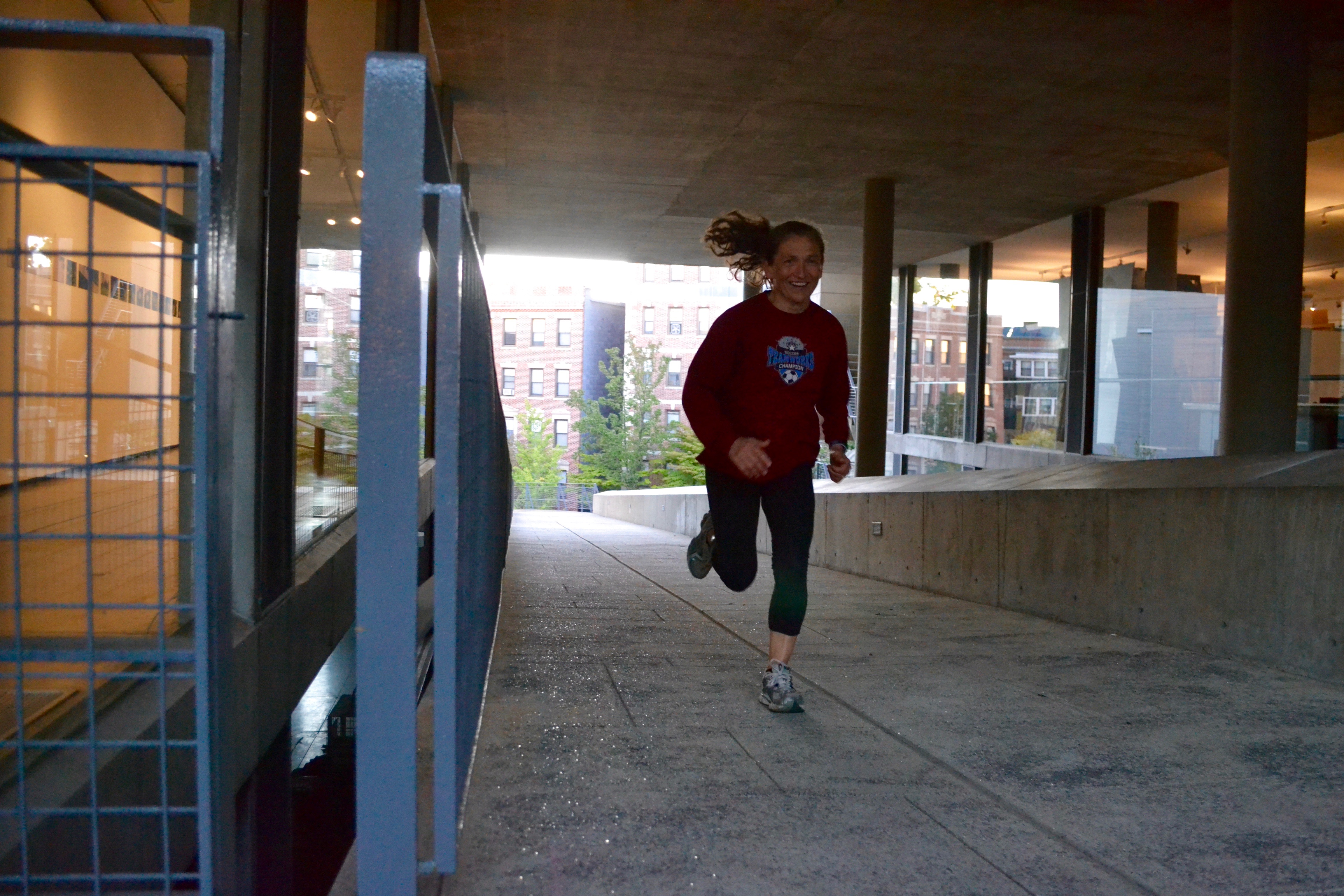 It was hilarious. It was awesome. Was it well organized? Kind of. Did it go as planned? Pretty much. Was it fun? Abso-friggen-lutely. I’m still laughing about it. The workout that ran us through a building facilitated by FaceTime* was certainly something I’ve never done before, and I had a blast.

November Project is NOT a perfectly cut diamond. It is NOT a meticulously engineered German car. If anything, it’s probably more like a clown car. Does it run? Like you wouldn’t believe. Do you always know what to expect when you turn the ignition switch? Hell no.

I guess what I’m saying is, my favorite NP moments are always the ones that come out of the blue. The ones that make us stop and think “What the hell are we actually doing?!” “Did that cop driving by seriously just comment on all our butts sticking up in the air?” Yes. Yes he did. “How did all those humans fit in that tiny car”–wait I got mixed up. Right. This morning… “Am I going to race someone through a building that I just saw on FaceTime?” YUUUP!

November Project is the amalgamation of sloppy fun, hard work, and kickass humans–and if hilarious chaos isn’t for you, then you probably won’t enjoy the circus that is NP very much.** Personally, I love it. Today reminded me how much fun chaos is, and how much stupid fun we can have acting like children 3x/week. Wanna continue with the childhood fun and see what it’s like to actually have FUN running stairs? Verbal now for Wednesday and throw down with me. I’ll see you there.

*That reminds me, this morning’s workout was brought to you by the new iPhone 7. We’ll be doing sponsored workouts from now on… Apple would like us to tell you that iphone is now bigger than ever and no longer fits in your shorts when you run. #alsotheresnoheadphonejack

**Don’t worry, we never actually go TOO far off the rails thanks to Dana Bogan’s watch.