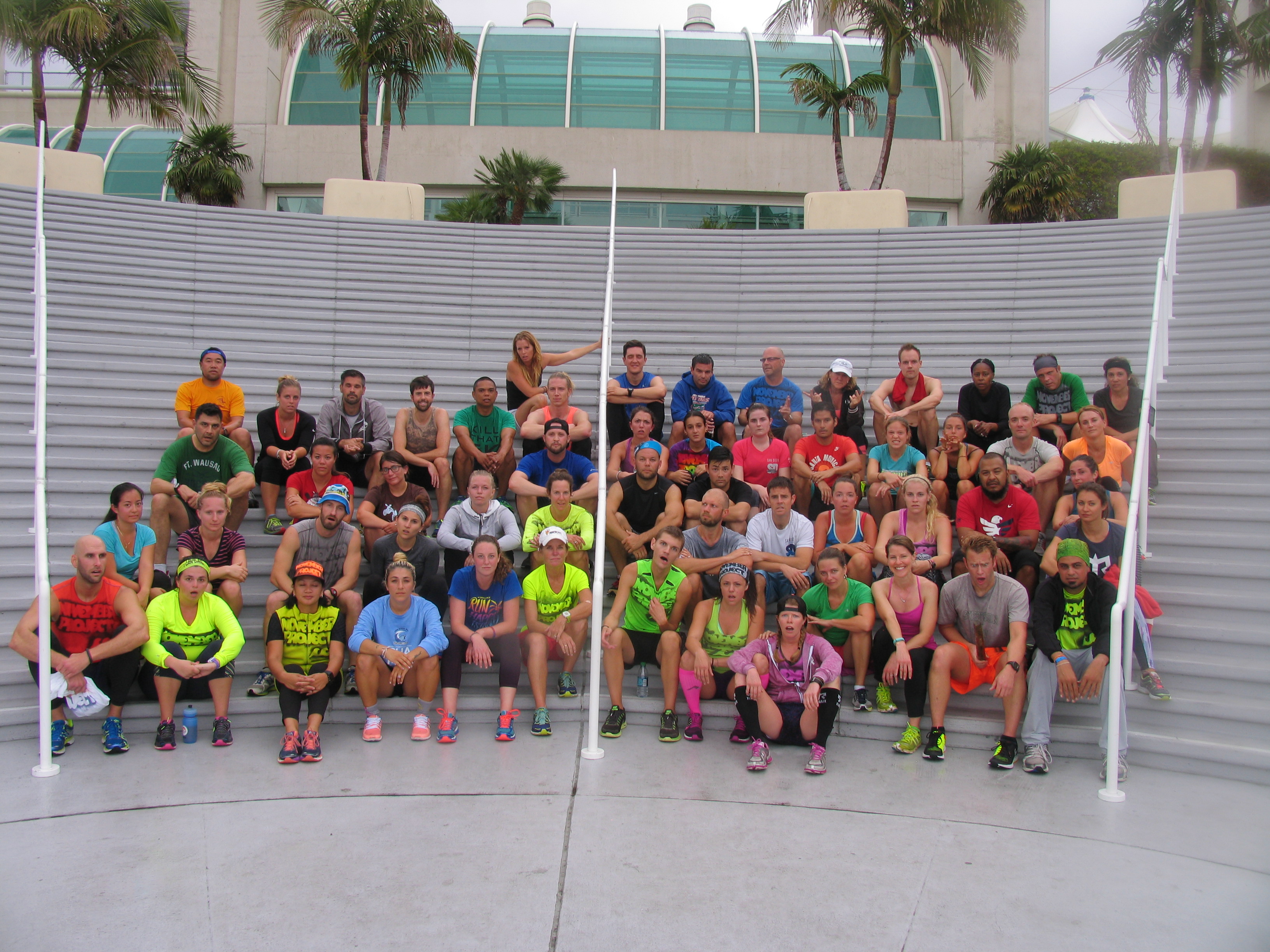 Today on the last day of the reign of the babysitters #weatherspoof turned into #weatherproof (kind of…well, not really…but we’re still proud of ourselves).  It must have rained at some point because there was lots of wet stuff on the ground.  It wasn’t snow but we rolled around in it anyway.  Apparently we’re really starved for weather and want to prove ourselves so badly we’ll roll around in just about anything.  There were a few distressed shouts of “Sprinkles!” in the beginning but those quickly turned into shouts of “Boom!” and weird grunts as scores of bears transcended a Mount Everest of stairs after doing a whole new kind of burpee.

It all started with giving the newbies the biggest group hug of their lives (they all seemed like people that have done the group hug thing before (no judgment here) so we brought it…hard).

Things then got a little silly with Brogan burpees (whatever those are) and then lots of Supermans (#morecape) and Bananas.  We didn’t actually eat bananas but if you go bananas isn’t it the same thing?  But I digress.

We then combined three great things to make one amazeballs thing.  Burpees + High tens + the word “Boom” = Amazeballs.  We called the military base and let them know that, no, we were not experiencing a second Pearl Harbor.  Those were just the booms of the tribe taking care of a few things on top of Bear Mountain (which is actually a billion stairs…literally) during our regular, totally normal, completely mundane, neon, hugging, wet, awesome Wednesday workout.  They hung up halfway through the description but we feel we did our part.  And the thing that tied it all together was bear crawling up a mountain of stairs.  (Yes, you read that right).  A mountain of stairs so big a fancy-pants camera in the hands of one of the best in the biz couldn’t even fit the whole freaking thing in the picture. (As you can see below, we as individuals have problems but as a group we are pretty rad.)  We also seem to be little confused as to the difference between a bear, a kangroo (Jenna), and an ape (Cade) but we never claimed to be the smartest crew, just the most incredible (which includes being the smartest…what?)

And to close this morning of ridiculousness, Cade got the wooden oar handle for people that do really nice things and have lot of great energy that never seems to run out (a.k.a. The Positivity Award).  Plus he’s super fast.  It was a long time coming for this anomaly of a human being and I think for the first time in history someone enjoyed giving out the positivity award more than receiving it (the hip thrusting made it a close call).  No pictures of that here because there could be kids reading but check out the Facebook page and you’ll get an idea.

We happily await the return of our fearless leaders but until then:

Be Happy! Be Bright! Be Strong!