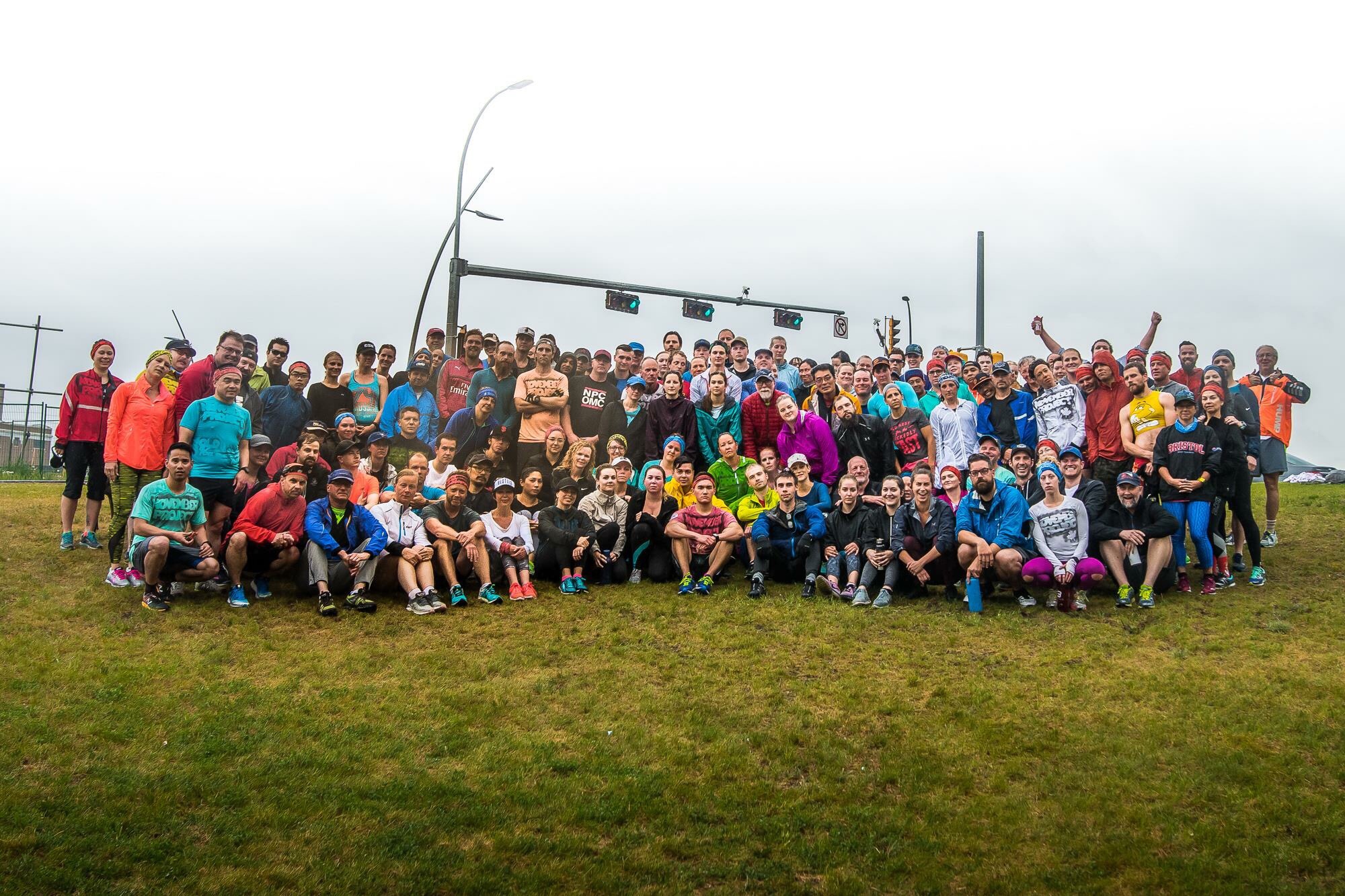 Let’s talk about everything. You know… everything fun and cool thing that is happening in our city. Every running event that is going on (says the guy hosting a running event on the weekend). Everything our friends are doing, and you have to go there because you don’t want to miss out on that one fun thing that happens. Everything that we possibly can do outdoors because the weather is nice and we know we only have a limited time to do it, so we need to get it all in before we go back into hibernation. Everything.

Yes. This is dripping with irony. November Project is built around accountability and the idea of FOMO (Fear of Missing Out). We’ve created this culture where you just have to be there. Let’s face it, there are so many great things to do and great people to do them with. But as they say, too much of a good thing… (I’m not actually sure how the rest of this saying goes)… Basically, excess can have a negative effect. Eventually, you’ll start seeing signs. Maybe you notice that you’re having a harder time getting up that hill. Maybe you just feel like you’re going through the motions. Maybe that pain in your foot is telling you something. I figure I’d get a bit personal here since it has been awhile since we’ve had some real talk.

This was me last year. I wasn’t working that hard at workouts. I should point out that I have always been a big proponent of recovery and saying no things that are not going to help me with my goals. I didn’t really commit myself to any sort of training or goal. In fact, the goal was to see what my body could handle and how strong my base fitness level was. So when I got asked to do a trail marathon in Toronto with 3 weeks notice, I said sure. And then when the opportunity came up to do another marathon in September with 2 weeks notice, I said sure once again. After all, if I’m trying to maintain a level of fitness so that I can say “sure” when people ask if I want to do something, isn’t that the point? Maybe. But here’s what happened. The week leading up to that first marathon, I was on vacation and ended up giving half effort at everything. I was somewhat careful with how much walking I was going to do that week. The day before, I was at a wedding and left earlier than I normally would have to make sure I was well-rested. For the second marathon, I didn’t even get a chance to get a good long run in before and went into a dark place near the end of that marathon. After all, I had finished both races and I wasn’t even injured. Next up, I was going to test if I could put my body through a 50km trail race. Except, this is where it all came crashing down. Leading up to that 50km race, I was basically a thanksgiving turkey. I was physically and mentally drained. A Monday deck of cards was my Everest. I wanted nothing to do with any of it. Without my head in it, I withdrew from the race and decided to dial it WAY back until at least January. I told myself that I’d be giving 10-20% effort on the workout portions of NP. As much as I hated it, I knew I had to take care of myself before I could give more to others. I was still going to be there to help Jen and Andrew lead and make sure things run smoothly. But, I’d pretty much be walking the entire time. And then came January. The plan was to startup the training for a 90km ultra in June (I was actually planning on jumping on a plane for this race). It wasn’t an ideal situation, but I needed to have my head and body in the game if I was going to get there. After a foot injury that put me out of commission for all of January, I decided that this race wasn’t meant to be. My head still wasn’t in it. I spent many nights thinking about how Jen ran that last minute marathon with me so I didn’t do it alone, and how I had already qualified and registered for it. I was still exhausted and ramping up my training for it would put me even further down the hole. I’m on the long road back and have started ramping up my workouts to build up my base level again. After 8 months of eating cookies, chips and ice cream, it’s a lot harder than I expected. I’ve armed myself with a training plan for the Edmonton Half Marathon and am focused on just getting myself back on track. Through all of this, my biggest takeaway is how I need to be a lot smarter about how I approach my activities. Doing this for almost 5 years, I wasn’t able to outrun it. It catches up to you eventually. And I know that if I want to be at a certain level of fitness, and keep on bouncing with NP, I need to be smarter. I can’t be a good leader for others until I can lead myself.

Burnout shows itself in many ways. It could be exhaustion, injury or something completely different. I’m not saying to stop doing what you’re doing. What I hope you take away from this is that you be honest with yourself on whether or not you are taking care of your body and your mind. It’s easy to lose sight of that when there are so many shiny objects in front of us.

At Centennial Plaza outside the Federal Building.