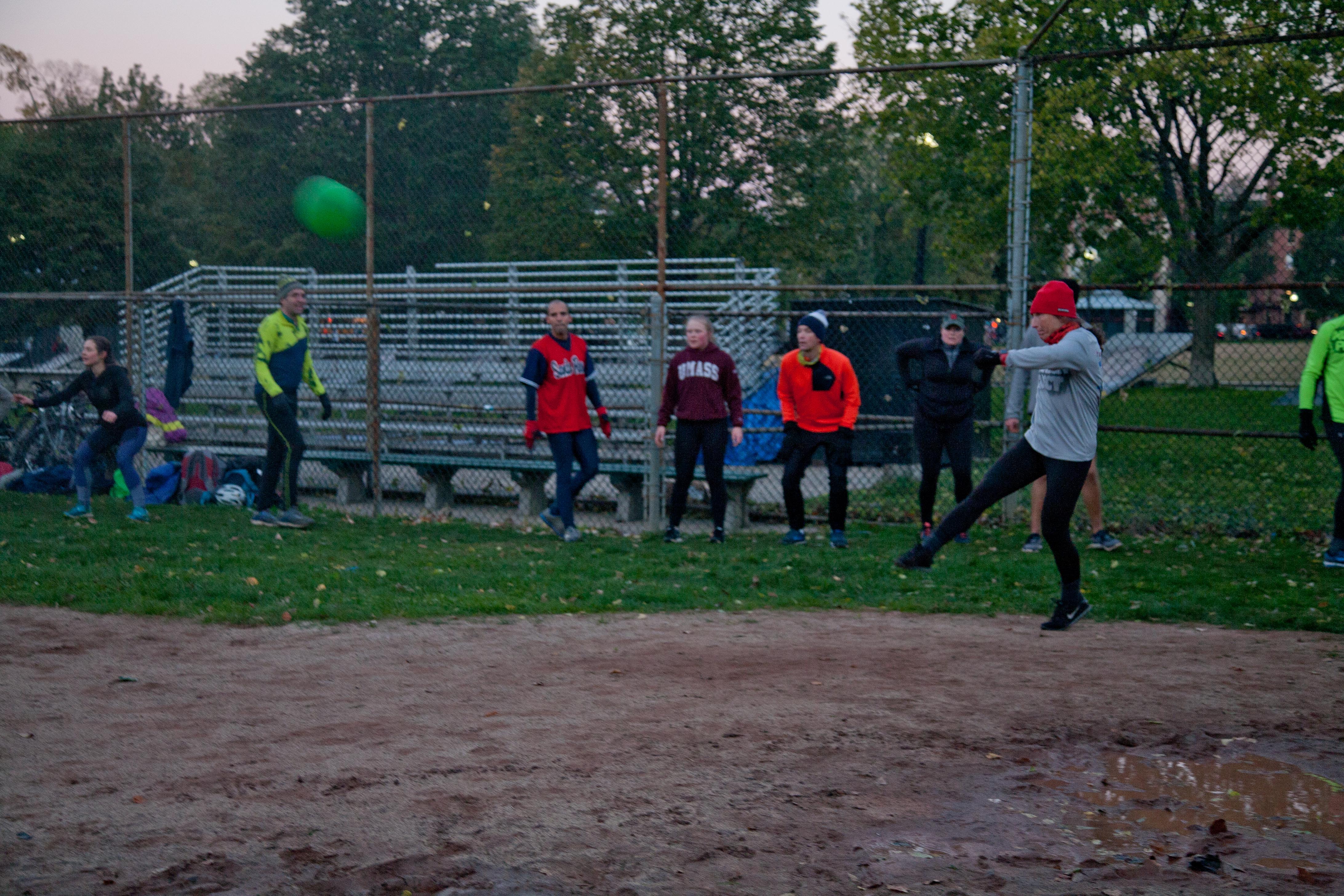 1. A game for children that resembles baseball but that is played with an inflated ball which is kicked instead of being hit with a bat.  (Merriam-Webster)

Remember the glory days of elementary school when we were required to take a break from the books and run uninhibited outside? Remember feeling the wind in your hair as you pushed through the heavy double doors and ran as fast as you could out to the playground? Why do these breaks get fewer and further between as we get older?

When I was asked to lead a Monday deck, I had a fairly good idea of what I wanted to do for the workout. I wanted something that brought us back to those carefree days on the playground. So, I enlisted the help of my most trusted confidant, grabbed an adult beverage or two, and got to planning. With the addition of a little NP *spice* and a slight reduction of pelting people with rubber balls (which I very recently learned isn’t how kickball is supposed to be played, but I grew up in the wilds of Maine where savagery was the norm), the plan was set.

The energy that the tribe brought to the field this morning was infectious. Chaos ensued, but the childlike laughter emanating from home base filled my heart to the brim and cast aside the usual anxiety that so often overcomes me. Certainly a lot has changed since we were in elementary school, but if you squint a little and look past some of the scaries, you’ll realize we’re all just big kids living in a slightly higher-stress world. In the days of our youth, we longed for a few short moments to escape the multiplication tables and three-ring binders. These days, we run from meetings and mundane tasks to grab lunch with a friend to gossip about the weekend happenings.

Our desire to be free from constraint is an essential aspect of human nature – one that must be adequately fed but never over-indulged. Some people spend their entire lives running from commitments only to get lost in a storm of uncertainty and boredom. The responsibilities given to us throughout life are what make moments of escape so sweet. It’s these moments that tune us into what we long for most in life – the people, places, and things that make the light at the end of the tunnel shine just a little brighter.

Whether you’re in Roslindale, Richmond, or Reykjavík, put down what you’re working on and take a break for a few minutes. If you’re feeling it, bring a little bounce into the boardroom. Channel into that youthful sensation of running freely through the grassy fields, casting aside all responsibilities until the bell tolls signaling the end of recess.