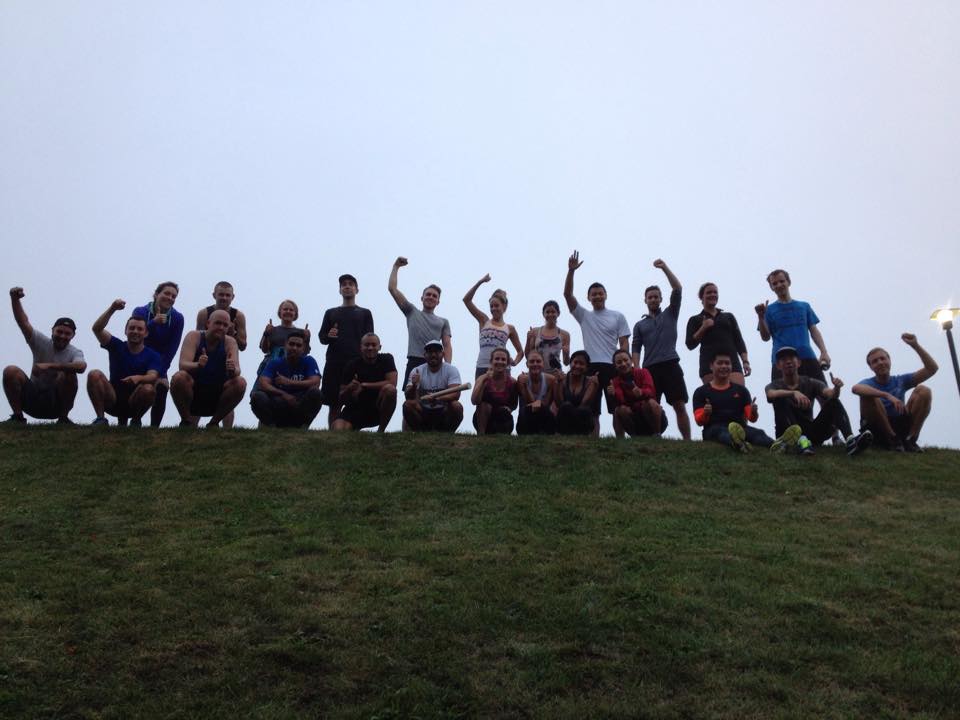 The Huff n Puff. That’s what today was called. And it was a fitting name.There’s probably a joke there about how all I can smell is grass right now after all the burpees I did this morning rather than because I’m running down Bathurst, but that might just be my British humour. Probably better than a Three Little Pigs joke though.

Claire has been sidelined with a kidney infection, and unable to workout, so she vented her frustration by planning one hell of a (‘one helluva’ is the proper lingo I think?) workout for us. We mixed the location up to make use of some newly installed concrete blocks that we’ve spent the last couple of weeks drooling at the thought of using.

They didn’t disappoint. The workout didn’t disappoint. The tribe didn’t disappoint. Watching people get stronger, faster and ever more enthusiastic each week is awesome. A month or two ago, the thought of repeated sets of 20 burpees would have brought a groan from even the most committed person, but today people were off up the hill before everyone had even claimed one of the perfectly formed concrete blocks. And they killed it. hill sprint to burpees whilst our partners did box jumps, half lap of the park, another hill sprint and burpees whilst our partners did dips and push ups. Repeat. It’s just a shame it was foggy and we didn’t see the sun rise. Maybe next week.

Shout outs to Francis who deservedly took home the positivity award, and to Grady who’s getting married next week – I think that’s a legit excuse for missing a workout, but that might be the hopeless romantic in me.

You guys make Wednesday my favourite day of the week.