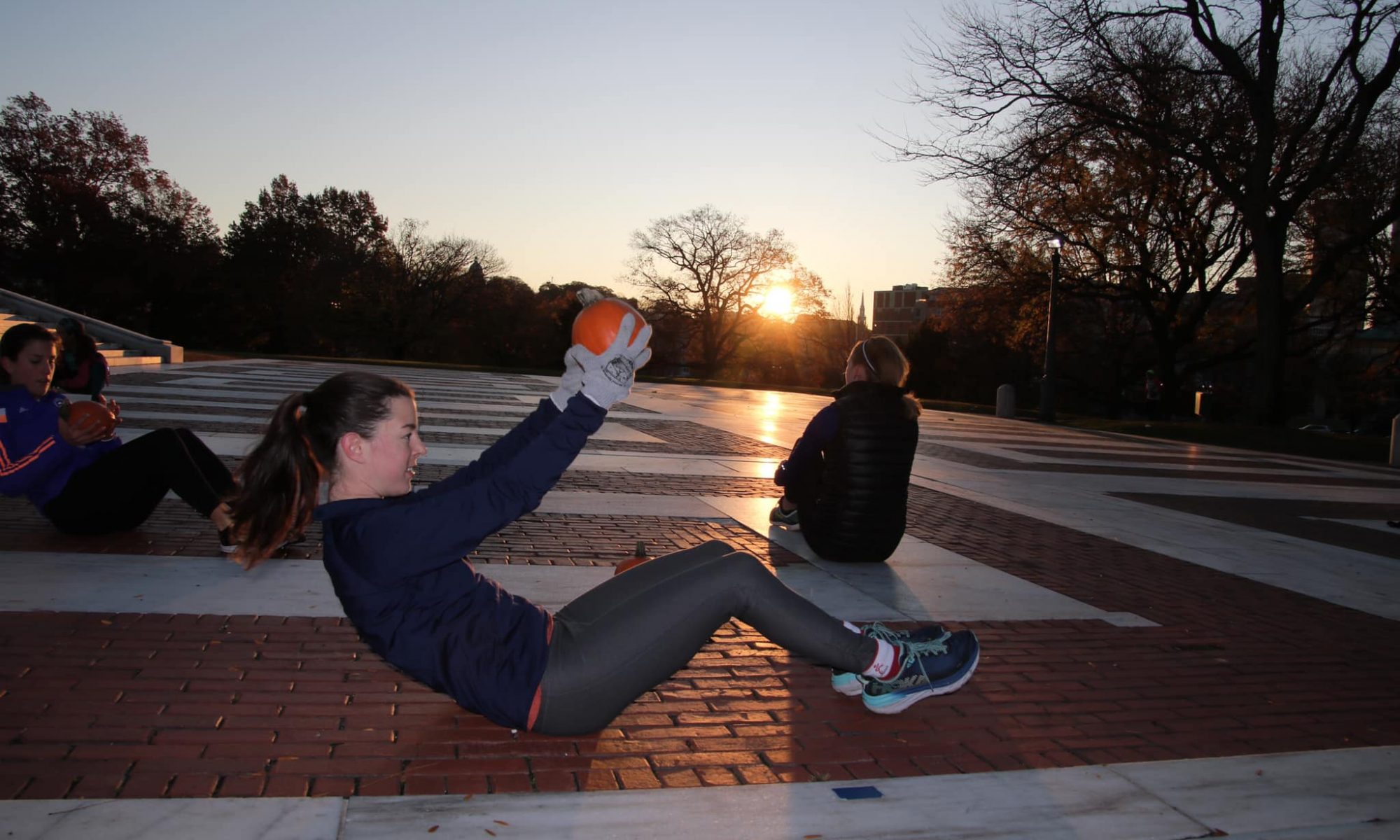 Last night around 8:30, I went to a local grocery store, and bought 3 pumpkins, because I wasn’t super sure people would bring them today, and I figured “it’s probably safe to have a few extras.”

What I did not expect today was the sea of orange that embraced the stairs and hills of the State House for our post-Halloween discount sales-price pumpkin workout.

One of the coolest parts about something as simple as bringing a pumpkin is that we start to look at every day objects as an opportunity to do something extra with them. I don’t know many people who see a jack-o-lantern and think “gosh, that would be fun to use for sit-ups.”

This builds off of what Brogan and Bojan started 8 years ago when November Project began. They took parts of their city and used the urban landscapes for fitness things. And it inspired a movement across the planet that does the same damn thing. Who’d ever think that the waterfront in Toulouse, France, would be a cool place to do burpees, or the levee in New Orleans would be rad to run up and down? But that’s the paradigm shift we’re lucky enough to be a part of.

Pumpkins aren’t just for ruining the flavor of things, or for leaving on the porch to rot until winter. Today, we got to see a new use for them. Which is great, because so many pumpkins were brought today that not only do I have my three, but I somehow wound up with an extra 4 frickin’ giant pumpkins. Thanks for the extra fitness.

BUFFS!
Keep yourself, and your face, and your neck warm during the New England Winter, and order your buff today! These are PRE-ORDER ONLY (and pre-payment), and orders are open until 11/23.
How do you pre-order? GREAT QUESTION!! We have a whole sheet with really easy directions! Look at it HERE!

NOVEMBER PROJECT SUNGLASSES!
November Project and Knockaround Sunglasses have collaborated on one of the raddest pairs of sunglasses you ever did see. They’re almost sold out. Buy yours here:
https://knockaround.com/collections/collaborations-sunglasses/products/just-show-up