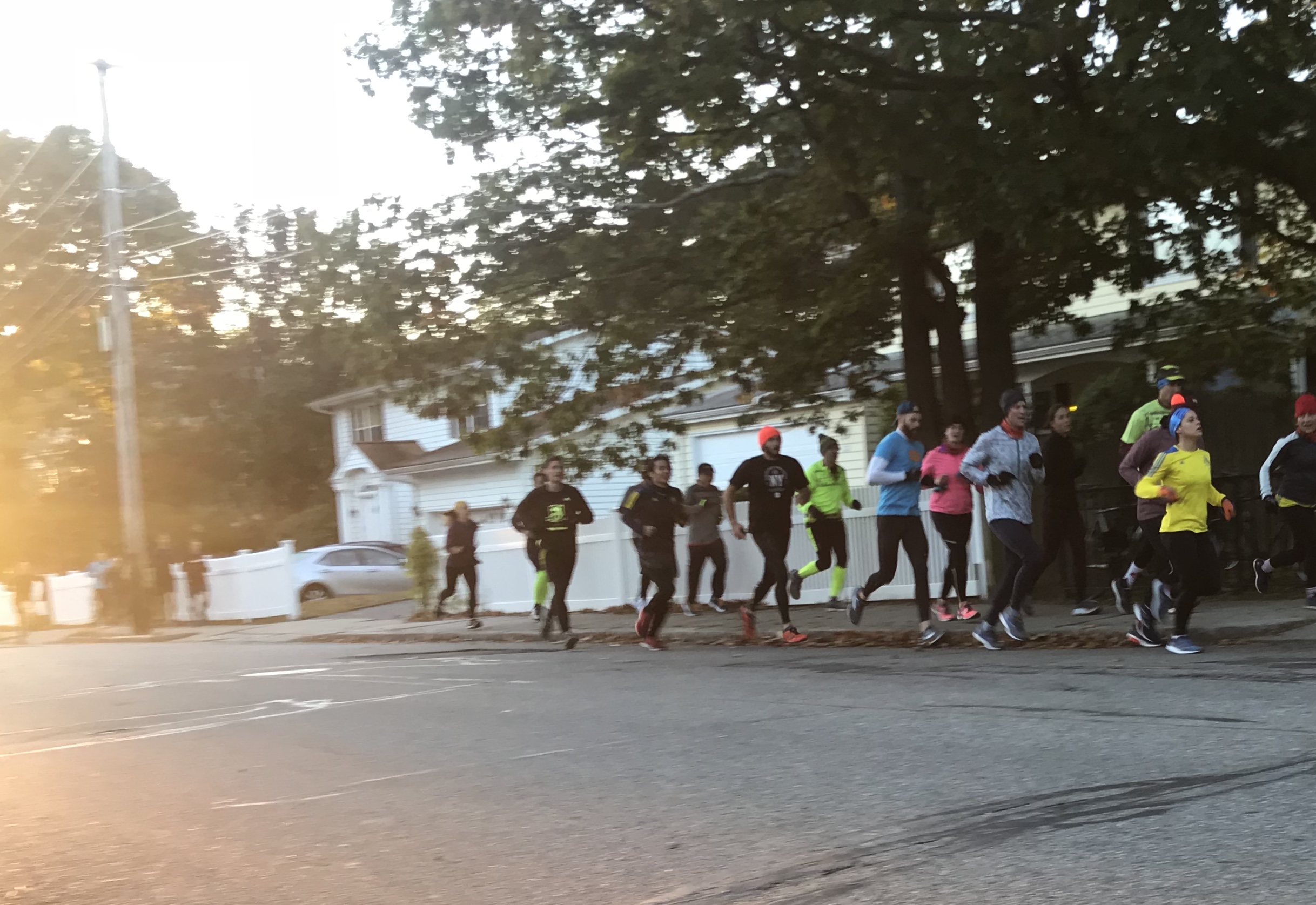 Indiana Jones, as a November Project workout, (not the popular series of films) is hard as hell.  It’s something that causes just about everyone at NP_BOS at one point or another think some (or all) of the following things:

This list is quite accurate for most people–and for the few weirdos who love love love Indiana Jones–they maybe thought some of these things once upon a time, but have very likely come to love IJ for the precise reasons this blog is being written.

Back in June of 2018, we turned the month of June into an all-June-Indiana-Jones, or #IndianaJunes.  We uncovered the hidden truth in our tribe–that many and maybe even most people were fearful, hateful, or intimidated by the workout and all those statements above rang true for them when we excitedly announced that was the workout for the day.  There were handfuls of people who admitted they had been coming to NP for years but had NEVER ever ever actually participated in an Indiana Jones workout.

Over the course of the month, when there was no where to hide from the workout every. single. friday…people not only figured out how to try it, but most everyone also figured out how to love it.  There were lots of stories of people actually understanding what it’s supposed to be and supposed to feel like.  Stories of enjoying how hard it is and how accountable it keeps you to work hard for the whole time.  Stories of meeting new people, building friendships because you’re actually working with a group, and having lots of gratitude for not doing that same old hill by themselves again.

And TODAY we ran Indiana Jones again, and the vibe was SO different than it’s been in the past.  No more groans and eye-rolling, no more avoiding eye contact in an attempt to avoid getting pulled into a group to run.  There were actually cheers and smiles–because people were excited to do a workout that they understand, that they feel empowered and strong while doing, and that they will appreciate the shit out of afterward.  Because HARD WORK PAYS OFF.

November Project, more than anything, gives us all an opportunity to work hard, both physically and socially, and get stronger, feel more confident, and actually better enjoy the hard shit we throw at you.  The more consistently you show up, the better at everything you get. We promise to keep asking you to work hard.  And if you join us, and really work hard at Indiana Jones and everything else we put out, we promise it will pay off too.

Next chance to SHOW UP: MONDAY

Destination Deck 10/22 WITH CELEBRITY SHOT leaders (guest co-leaders from the tribe) will be at the baseball field on Boston Common.  MAP HERE.

KEEP CHANGING THE WORLD.  HAVE A GREAT WEEKEND!

*This is an erroneous statement because the workout does not expect or require anyone to sprint up the whole hill.