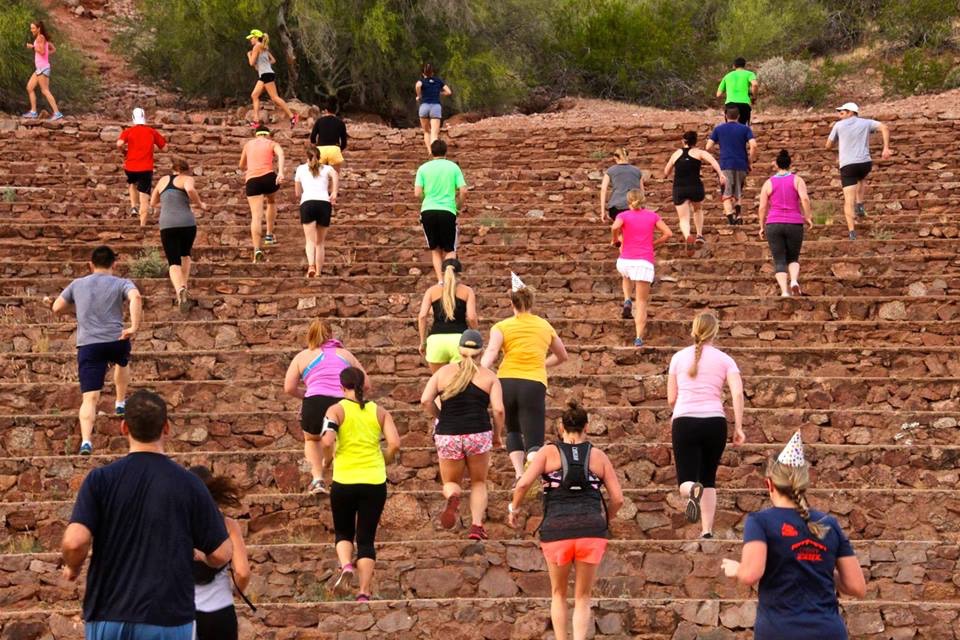 2015 was an incredible year for us here at November Project Phoenix. From the start of the pledge process, to yesterday’s Sunrise 6k, 2015 has been full of firsts.

Some of this year’s top moments include:

Becoming an Official Tribe: I mean. This is BY FAR the biggest moment we’ve had as a tribe in 2015. This time last year, I was living in Washington DC and running with the DC tribe. I never would have guessed that a year later we would be here now. It’s been an incredible journey and I am beyond grateful to everyone who was there in the beginning and helped make this happen. Trevor and I are excited to see NP Phoenix continue to grow in 2016.

Finding our Mascot: For those of you who were not around in our infancy, we proposed several namesakes for our Saguaro before the tribe officially voted on Wyatt after the infamous Wyatt Earp. While there were several other famous, and prestigious, Arizonans in the running, Wyatt was the clear winner from the start. Dude wears a vest. Come on. To be perfectly honest, Trevor and I were both pulling for Desert Rose because the real Rose Mofford is super legit, but you guys got it right. (Side Bar: Wyatt was made by Ashley’s dad, Dan the Man, and getting to thank him personally in front of the tribe at our Family Day Thanksgiving workout was a personal highlight for me).

The Rainy Day Workout: There is no doubt that we here in Phoenix are #weatherproof. We battle insanely hot temperatures during the summer and it doesn’t go unnoticed. While Trevor and I were at NP Summit this year, we shared an award with NP Winnipeg for being the most weatherproof tribes. What people don’t know is that it isn’t the heat what scares us ,or even the cold dark winter mornings – it is the freaking rain. That shit is our achilles heel. We don’t understand it, and we don’t like it. So we were CERTAIN that no one would show up during our first rainy workout, but there you all were, in gear that wasn’t even remotely water resistant, and we couldn’t have been more proud.

The Traverbals: We were blessed this year to have a lot of friends come and visit us here in Phoenix. Our very first visitor was Will from NP New Orleans who came out to visit while we were still pledging and since that time we have had a whole slew of awesome people from all over the place. San Diego, Minneapolis, Washington DC, Los Angeles, New York – you name it – however, it was the great city of Baltimore that sent more visitors than any other tribe. They didn’t just send anyone either. They sent winners. On more than one occasion they have come in and taken the coveted bolo tie at PR day.

Huge Turn Out At Fiesta Bowl: One of the coolest things about being a tribe leader is getting to see your tribe members push themselves to new limits and reach goals. So many of us, including Trevor and myself, have run further and faster than we thought possible this year. It was exciting to see so many of you run your first or fastest half marathon (or first half marathon in a tutu, if you’re Rick) at the Fiesta Bowl Half and it was an even greater pleasure to see how you all supported one another. We look forward to another year full of your accomplishments. I know we have some big races coming this year for some of of our tribe members – here’s looking at you Barkleys and Iron Man – and we’ll be there to support you.

Themed Workouts – Anything with a theme is just better.

Wyatt’s Celeb Status: Dude is out of control. Ever since Ragnar Trails when he made his rounds from tribe member to tribe member, he has been unstoppable. He has more photos taken each week than all of the rest of us combined. Don’t believe me? Check his insta and facebook accounts.

The First Duel In The Desert: A southwestern spin on Boston’s Race Man, our Duel in the Desert workout is fierce. The very first time we lined you guys up to duel one another was a game changer. It was mind-blowing to see what a little competition can do to up this tribe’s game.

Bob’s Article: We have been incredible lucky to have some pretty sweet media coverage this year. We were included in the November issue of Phoenix Magazine, and ABC news used our workout as a backdrop during their story on how working out outside can lead to Valley Fever (thank you?). However, the best media coverage we had all year was an article written in the Arizona Republic by our very own Bob Young. We are proud to call this guy our friend and are beyond grateful for his support.

So there you have it.

Looking forward to an amazing 2016!