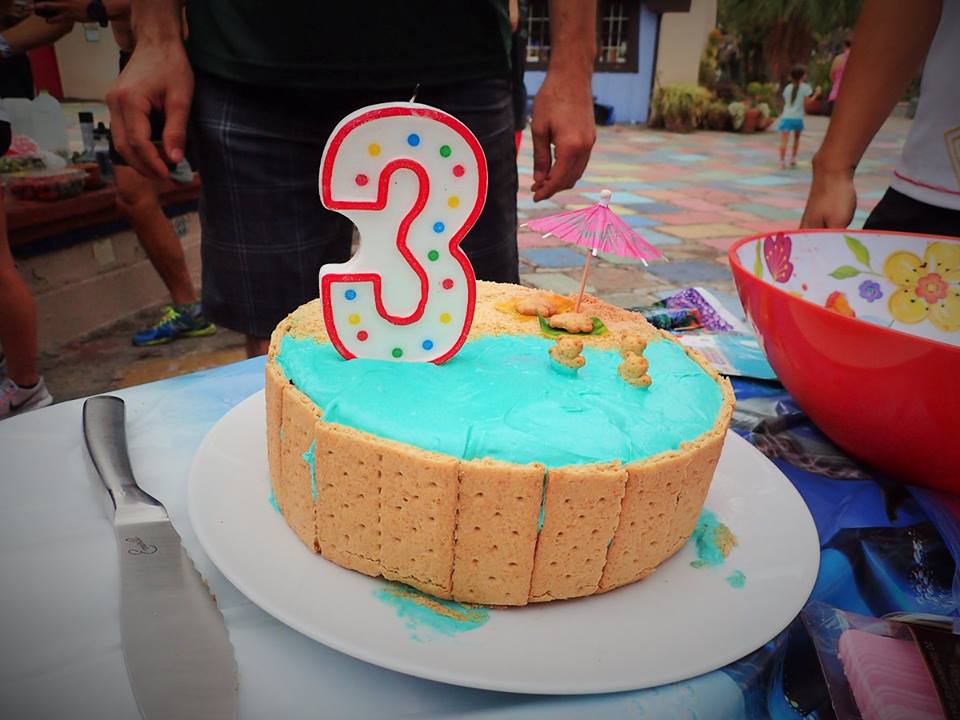 Today we celebrated our 3rd Birthday as a tribe. And for our guest blog, we asked someone near and dear to the tribe who’s been there since the beginning. So, without further ado, Tom Dorio!

Happy 3rd birthday NPSD! We should get you a gift, but we know what you really want for your birthday. You want US to just show up.

Honestly though, it feels like MY birthday. It feels like my birthday every time I get in the car and drive to you. Nope before that. Every time I hear my alarm go off on workout days. Nah, nope I lied, I don’t even need an alarm anymore I’m already awake. I. Cannot. Fucking. Wait. For. NPSD.

Gifts I’ve gotten from NPSD are plentiful. From the time I nervously walked up to the group in Feb 2014, to the time Iris gave me a hug at an evening run because she recognized me from NP that day, to the time LP did 80 downhill push-ups at Kate Sessions during 4-way tabadas, to the time that for Ashleigh’s birthday we tied a purple octopus balloon around her waist and gave her a bottle of champagne then a 10 second head start and chased after her…FOR THE WARMUP, to the time PB lost power one Tuesday night and Pete and Eric still came and participated, to the time we dressed up like Noah’s Ark animals and ran a 5K chasing our leaders who were clad in a cardboard boxes painted like an ark, to the time we had male actor doubles for our all-female leaders on Halloween, to the time we went Ninja by doing hill-repeats on Loring St., to ALL the times at the Convention Center, to the time when PR day became a thing at the Convention Center Steps and me and LC became besties, to the time a tiny girl named Kylee had to talk me into staying with back-to-back wall sits when I wanted to give up (that earned her the cape that day), to the time I reached for Andy’s hand on Ashleigh’s mile finisher and dragged her through with me as inspiration for me to stay alive, ah man, should I keep going? Ok I will….to the times when I save a little and race alpha’s for short distances, to the time we got booted from the Convention Center steps and the pictures of everybody showed so many happy people…you can’t hurt us Convention Center (speaking of getting booted, thanks Ash for having my back in PB), to the time we did a yoga thing at a brewery….haha, who does that?!?!, to the time me and Dave were Ragnar chauffeurs dressed in hottie yoga pants, to the time Cade actually wore clothes, to circle warm-up, to office chair, to mush pot, to surf-swim-SHARKS, to make-a-sun-with-your-arms-and-hug-people, to the times running 5K races at ComicCon, to when we gathered on a Saturday to pull weeds in order to reinvigorate our city’s old theater, right up until this past week when I had Ian and Emily in my car jamming east-coast rap A$ap Ferg on The 163 South……… it’s felt like MY birthday. I could go on and on and on. So. Many. Stories.

These are like getting new things on your birthday. These gifts I get from you provide me with the nourishment that’s been feeding my workdays for 31 months. When I get to work, I’m glowing. What a great way to start a day. What a great way to live a life. HBD NP! Index finger pointed at you…….thumb out….BOOM! (you fall down). Now get up and, as Luke would say, get after it!

One Reply to “Happy Birthday, Us!”