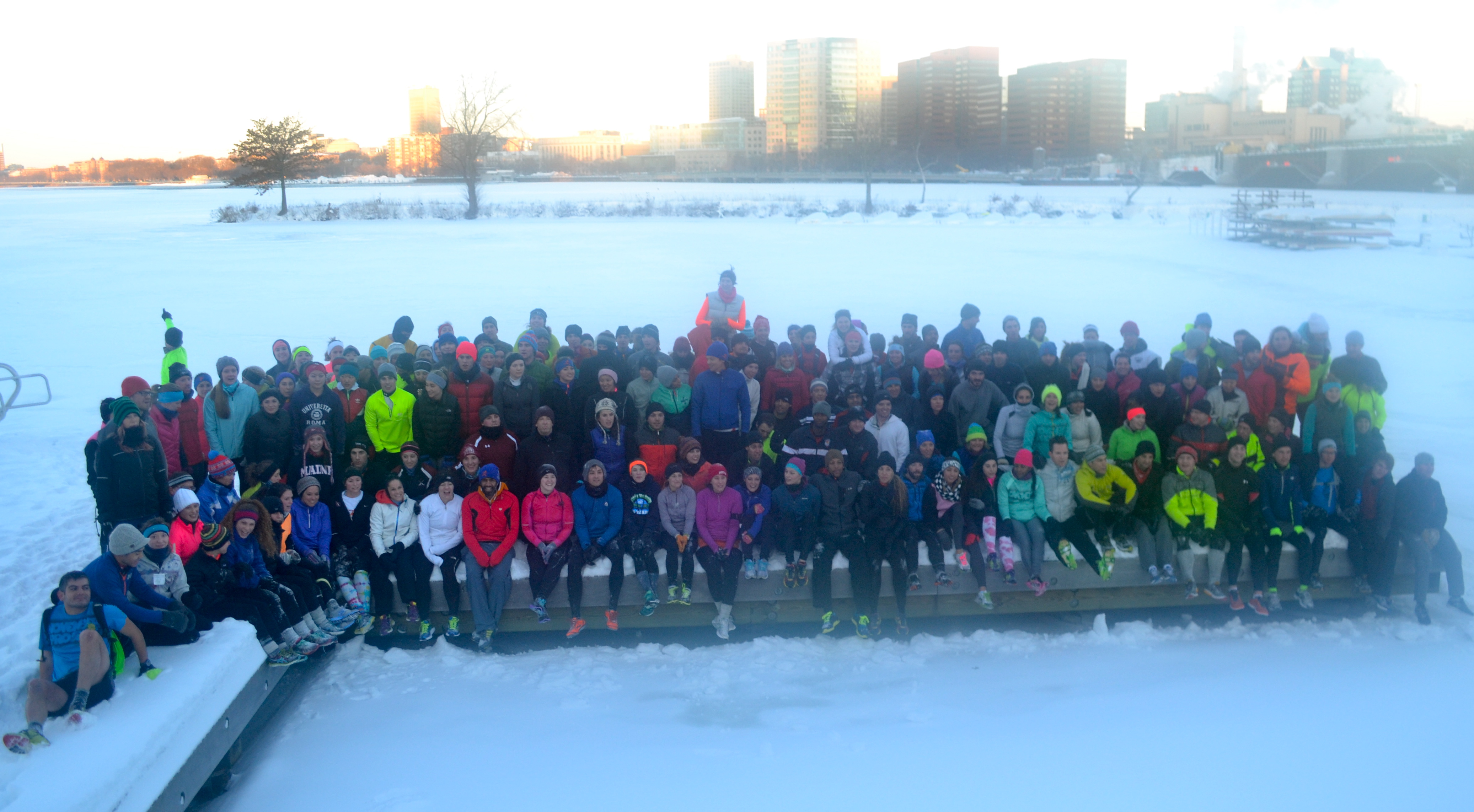 When George Washington was a young boy, to stay warm during cold Virginia winters, he would run to Rappahannock river to do a circuit that consists of lunges, side-steps, high-knee-runs, burpees, and of course hoisties. To celebrate the Commander in Chief of the Continental Army in the American Revolutionary War, the first president of the United States and the inventor of the circuit training, we decided to do the same. Our meetup spot this morning was on the bank of the river (Charles, not Rappahannock), we wore slightly more spandex than what was available back in the 18th century, but our exercises were exactly the same as the ones that young George used to do at the Ferry Farm. Happy Birthday George Washington, you fought to create a kickass country!

Speaking of kickass, on Wednesday we’re back at the stadium. We can’t promisse that the snow will be melted off the steps, but we CAN promise you that the workout will still go down.

Update on our friend Eunice: She’s fine and well at the safety of her home. Thanks to everyone that stayed behind to make sure she’s okay. The tribe is REALLY strong!