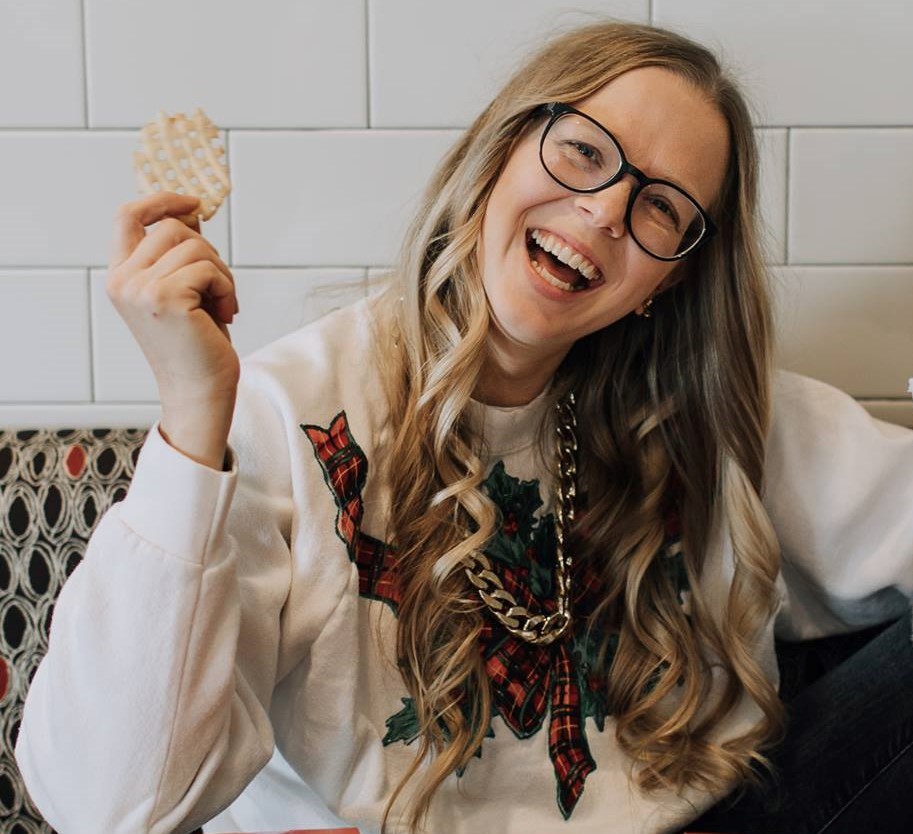 The ingaborg here, coming in hot with a little life lesson I’ve taken from November Project.

It probably wont surprise you guys that I was the kid who would talk to ANY random stranger. From the guy behind us at the deli counter to the new kid in the back of the room. Some call it middle child syndrome, but my dad always said it was that random, extra chromosome that I was born with.

But it takes more than just a hello, a hug, or a text to turn those random humans into a friendship. How do you create that inner circle of friends that are there for you, from your highest of highs to your lowest of lows? Those friends who know how you’re feeling even before you do. The ones who #justshowup for you in life. The friends that you, no matter what is happening, show up for too.

My long distance girl tribe number one started off in a van. For twenty plus hours we shared snacks, held our bladders and grew to know each other as more than just another tribe member. We drove, we raced, and then I jumped on a plane back to the other side of the country. Little did I know that those girls in the row in front of me, one who I knew, the other having just shared a burpee or two with would turn into the support that my traveling heart needed.

It can start with a connection where you almost instantly know that that person is your person. Or not, sometimes it happens over time during life changes that you’re both going through. One thing is certain though, it takes two people and both of your abilities to #justshowup for yourself and each other.

A text thread was started, that turned into the occasional snail mail. We vented about our struggles and shared our OMG moments. They knew exactly when I missed home the most and then BOOM, I would get a FaceTime from them. They show up for me every, single, day and we don’t even live in the same city. They are they girls that make home feel like home when I don’t feel like I have one. They are my “golden girls”.

Then there’s that place I currently live, the place that I’m not really ready to call home yet. Its getting there though. It didn’t start with the succulent plant I bought either. It was with one of those encounters where you feel that instant friendship and it started on the top of the stairs. How November Project of us. It’s one of those friendships that kinda just happens. One where we spend our girls nights usually in, exchanging our latest swipe stories over gluten free brownies straight from the pan. We catch up during runs, encourage each other to make the hard choices, and give each other shit when one of us falls for a guy that takes you away from “our” night. Even though we’ve never seen you smile that wide. It’s a friendship that just happened by chance when we all needed it the most.

Now we can’t forget about my OG girls. From those first stairs that left me breathless. Not just from “holy shit this is hard” but that tunnel of love at the end where I learned what #justshowup can turn into. From taco nights where we made recruitment flyers, to the real stuff. Like driving around the city plastering them up in every coffee shop and talking about life and love and heartache. They are the girls who are still there, stalking my strava, making sure we got those miles in for the challenge we gave each other. The ones encouraging me to crush every possible goal I have in life, especially if it brings me back home.

My life has taken me to a lot of places and given me even more friendships and one day I promise to write a book about it. But it wouldn’t be that way if it weren’t for the fact that I chose to show up. We’ve gotten each other through life. You know that big smile you see on my face, its because of my friends. They put it there in the way that they’ve shown up for me.

So today, send a text, write a letter, run up to someone and give them the biggest possible hug you can, or mail a piñata. Make #justshowup contagious. Because the more you show up for your friends, the more they’ll show up for others too.