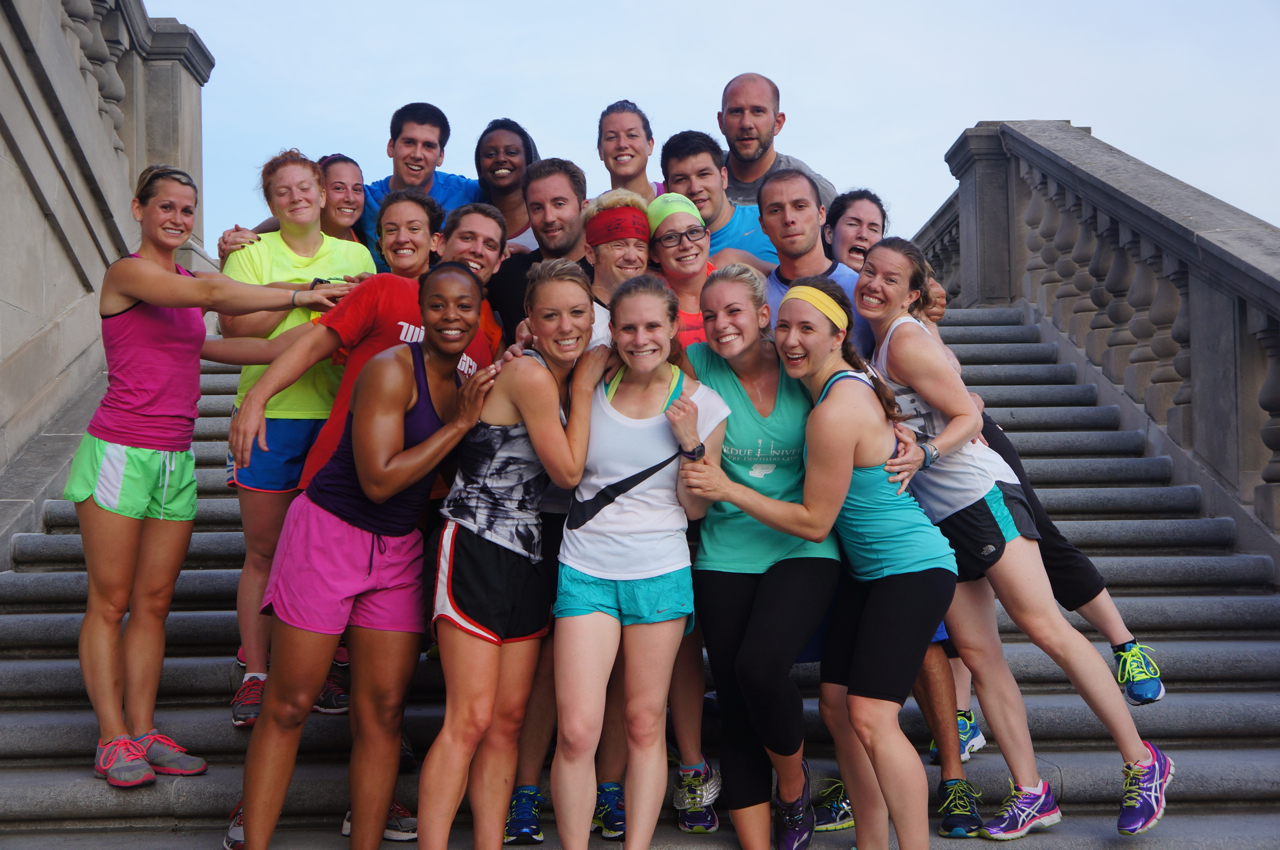 The Reckless One just returned from Ragnar and still has relay on the brain. So today the Up and Over became a relay. The tribe was divided into five teams of four. Runner 1 ran Up and Around to the exchange. The Glow Stick Baton was handed off and Runner 2 ran Down and Up to the exchange. Runner 3 ran Around and Down, to the exchange. And Runner 4 started it over, by running Up and Around, to the exchange. While the teammates were running, the panting tribe members performed the beloved Deck of Cards which was strategically awaiting them at each exchange. “Hey—remember the last time we did the Deck of Cards?” (Audible grunts) “Yeah, in a puddle! Oh look, these are the same cards.” “I hate Burpees!” Yeah, well Burpees love you and want your bod to be rockin’.

Never mind the used condom on the steps, wait—what? Never mind. No fornication on the steps people, just hugging!  We finished it off with a massive, sweaty #GroupHug. If you avoid hugs, we will find you, and hug you, until you like it. #HugYouSoon!

#IndyVolved is TONIGHT! This is a #FREE networking and recruiting event. Help us get out stenciled neon chests noticed. 5:30-7:30PM at The Stutz Business Center. You want Fridays? We need more people first. #Recruit Everyone.