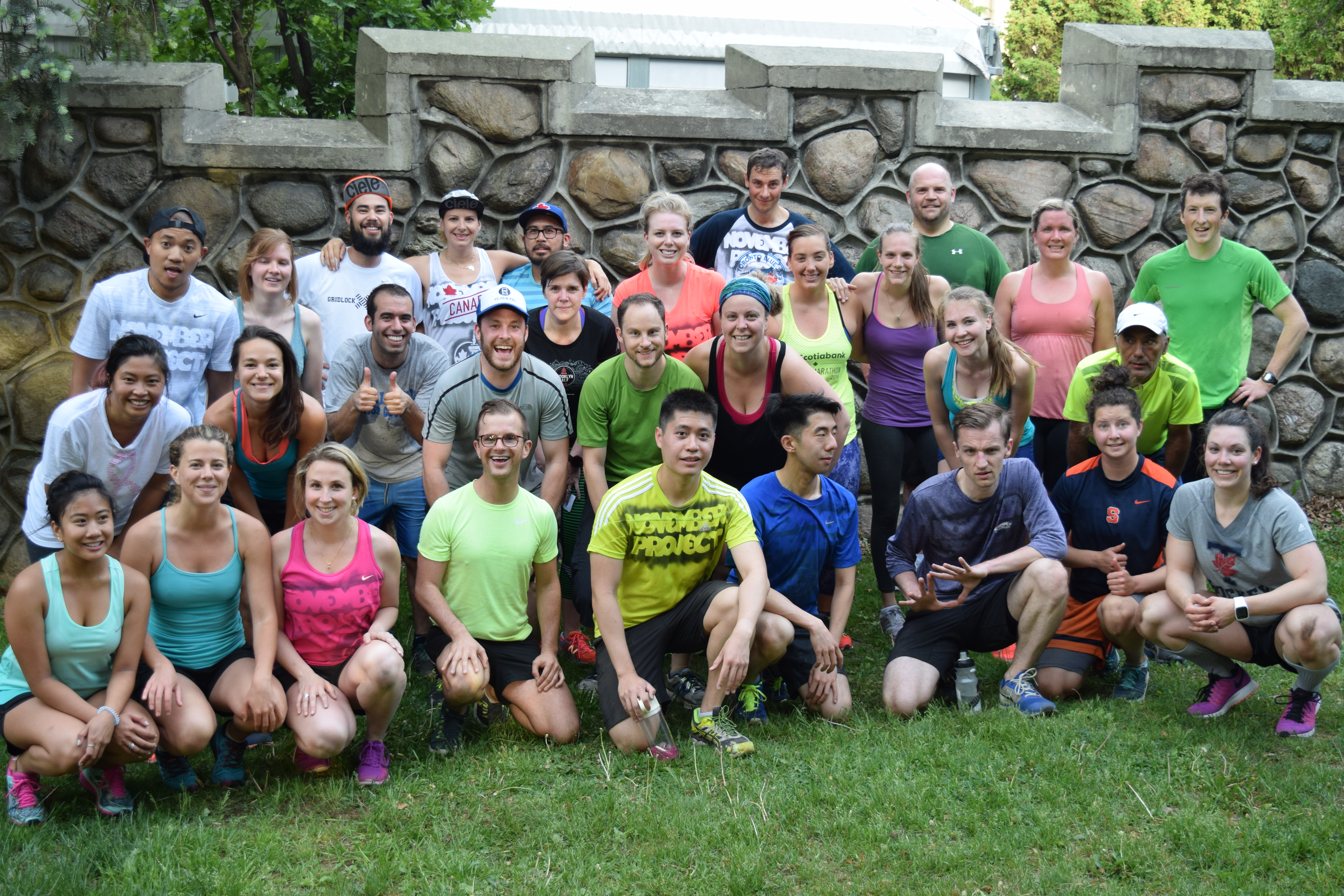 “So I have a theory that the people who do NP are maybe some of the friendliest people around.”

That is a direct quote from a real message that I received today post-workout, from someone who has only recently joined us. To quote Lauren, the newly-retired San Diego co-leader, “it’s you that make this thing work, it’s you that are changing the world.” I couldn’t agree with that more. For all that people thank Michelle and I after workouts, it should be the other way round: you guys make this what it is, and let’s face it: this shit is good.

Someone who showed up for their first workout this morning told me before we started “my trainer said I could come out and join you guys, or I could do a workout on my own. Working out with people is always better.” For all that that is true, that doesn’t necessarily make it easy to just show up. Doing something new, joining a new group, can be intimidating. It takes courage to take that step. But you guys and gals make it a little easier for people. You’re friendly and welcoming, whether it’s just a quick smile, a slightly awkward hug, or making a point of saying hi to new people. It all makes a difference. Things like that prompt quotes like the one at the start of this monologue, and things like that keep people (us included) coming back for more. And for that, we thank you.

Oh, and PR Day today? Smashed out of the park (fuck yeah I can do these North American expressions now). Nice one.