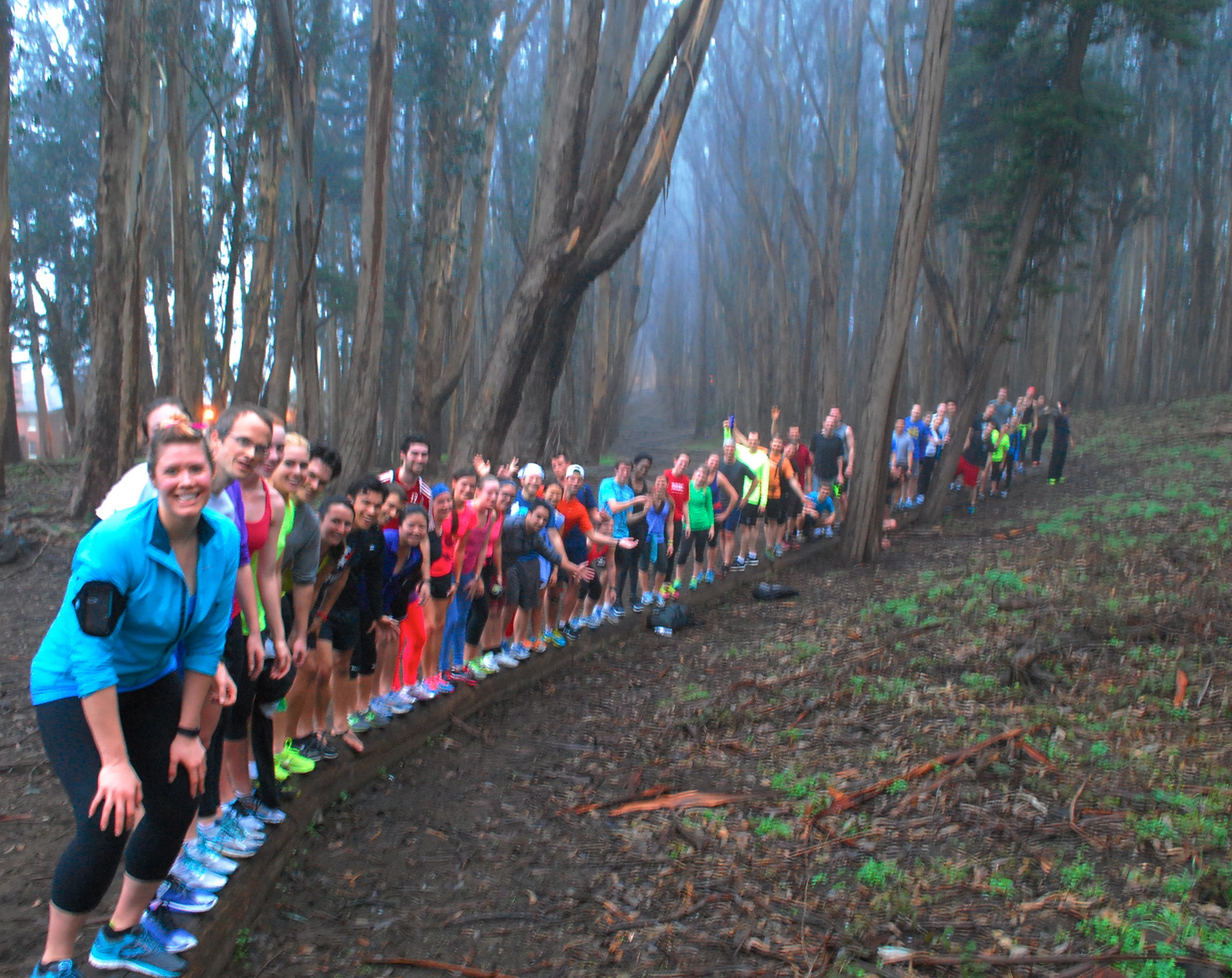 Two weeks ago, Phil and Marla Zipin took San Francisco by storm. They had milkshakes at Ghiradelli Square, rode tricycles across the Golden Gate Bridge, and purchased their first pair of skinny jeans in the Mission. News spread like wildfire from coast to coast, as many of our newest members are not San Francisco residents, but rather the parents of the tribe members. With the newest outbreak of the late-adulthood-pre-retirement age group utilizing social media, parent’s are now “liking” our status updates, sharing our photos, and visiting our blog at alarming rates. There was even one occasion where Sam Livermore’s mother clicked on the NPSF homepage 87 times in a 2 hour period. The Zipin coverage received record breaking traffic, but unfortunately it was not all positive.

Over in Boston, while enjoying her morning coffee after crushing 32 sections at Harvard Stadium, Melanie Green read up on how Josh’s parents raced some Marina hills and didn’t break a sweat. A quick phone call was made to her son, Connor. “Who do these Zipin’s think they are? I can climb those mole hills in San Francisco. Book me a flight! And do it now!” Without haste, Melanie quickly tweeted “Marla, you’re going down. #Momshowdown #Irunwithmyhairdown #BostonStrong @RichieGreenieman”

The response was almost immediate. Little did Josh know, Marla invented Tweeter (or so she claims). “Melanie, should I fly back for a real race? I would love to beat you in person #Bitchesbecray”

The battle continued for hours. Hashtags no one has ever used were invented. Mostly because they were all 80+ letters and actually full sentences, so Jack Dorsey personally had to step in and deny use.

No resolution was reached, the husbands just stood back and watched the virtual hair pulling until finally Steve Roeker tweeted out to both @MarlaCurlyHair4Dayz and @MelLovesCats with an all caps, overly aggressive “F THIS NOISE! I WAS THE ORIGINAL PARENT TO ATTEND NPSF! AND I F’ING KILLED IT. WINNER: STEVE. SORRY MY CAPS LOCK BUTTON IS STUCK.”

Melanie and Rich Green did make it to the workout this morning, sans Marla and Phil Zipin secondary to an east coast storm that grounded their last minute flight booking. Parent’s always have been and always will be invited to join the November Project workouts,mostly because it is the most G-rated experience you can give them in San Francisco. We sweat. We embrace. We can physically show our parent’s that their offspring are not complete social failures. Because look! Here are all these people that I know!

Since the recent parent throw down the airwaves have been awfully quiet. A little *too* quiet, if you ask me. But I don’t anticipate this being a permanent silence…Natalie O’Connor’s father dropped a verbal…and I hear he has 8,000 followers on instagram…