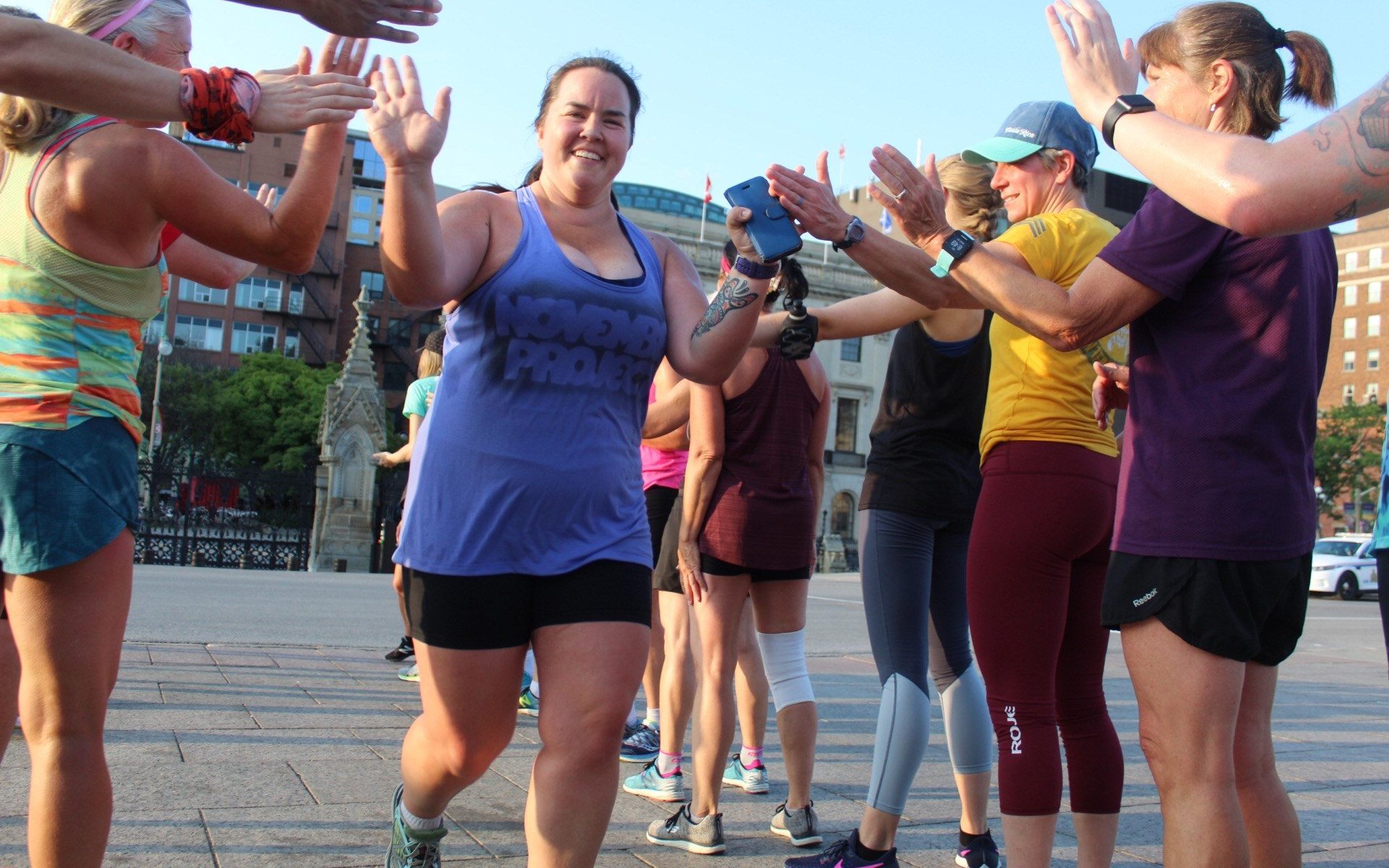 Some would say that a community is “a group of people living in the same place or having a particular characteristic in common.” That’s actually the definition of community when researched. However, I would like to expand upon that definition and include some images to help further explain the power of community and what that looks like here in Ottawa and out in that big, big world.

The population of Ottawa is slightly more than one million. We never count heads but we estimate that we have a little less than one million people showing up on Wednesdays. And you can’t even deny when you show up at 6:23am or at 6:47am you are still embraced in that non-existent head count #community.

Sunrise 6k’s were probably not something you would brag about at work because they never existed before. The sunrise existed and so do 6K’s but not like this. If you beg to differ we encourage to look below at our evidence #community .

Family is HERE. Whether you are connected by bloodline or not. Which means LOVE is here #community.

When you first begin showing up you never really know what to expect. Well someone may have told you a little about what to expect but they probably didn’t go deep into the barrel to mention what has been clearly depicted and shared with you #commuity.

November Project brings people together. It unites us through movement. While encouraging inclusivity and diversity through the thick and thin. Many people in Ottawa believe that you can create a community wherever you go. TRUE. The proof is in the pudding(chia pudding), not only first hand here in Ottawa but among the other 51 chapters of November Project in this big, big world. That’s community.

Thank you for sharing your morning with us along Patterson Creek. This was Ottawa’s third year running #bridgemonth and each January the excitement seems to lead to more and more people partaking. We should actually say embracing, the cold, dark and sometimes harsh winds make for stories to recount when it’s plus 32 in the stadium.

Here’s to bringing soles together,