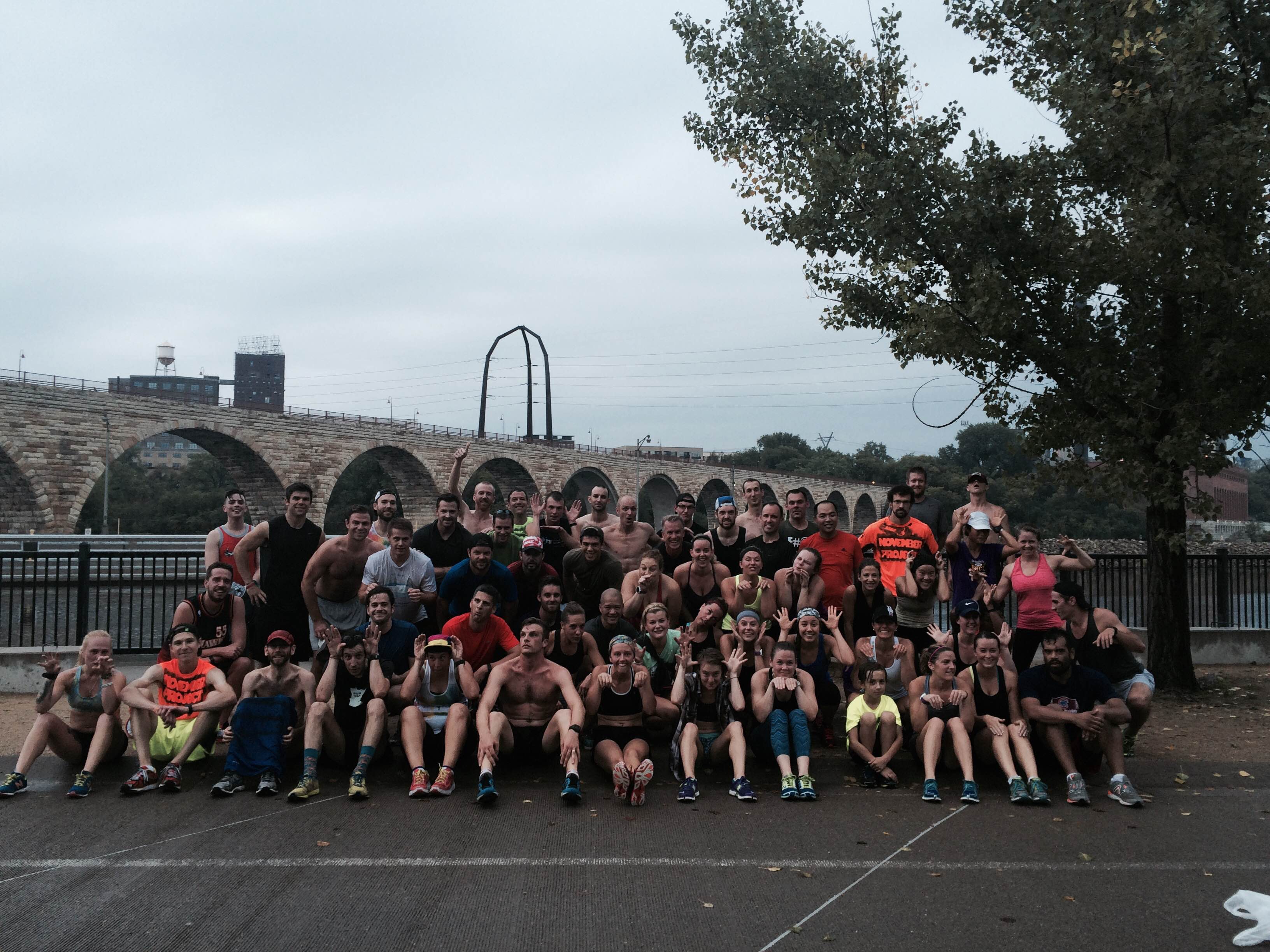 Here in Minneapolis, we welcome the rain. It cools us as we sprint up the “OG” original hill by dripping in our eyes, noses, and mouths making it harder to suck air. It soaks our clothes and shoes, making it hard to move let alone drop down and do push-ups or go climb to the top of Gold Metal Hill. But, what’s awesome about #NP_MSP tribe members is they embrace this. Unfortunately, the rain had all but a few drips left come time to start the workout.

So, to make up for the lack of rain, wet feet, sagging shorts, and showing butt cracks, #NP_MSP tribe members found their inner-child while playing in sprinklers scattered all over Gold Metal Hill.

Now, you may be thinking, “Why are they frolicking in sprinklers..#..isn’tthisshitsupposedtobehard?!” Yes. Yes, it is. In order to frolic in the sprinklers going off on all sides of Gold Metal Hill, tribe members had to run up the “OG” original hill, play rock paper scissors after greeting the 35W bridge memorial at the top, and the loser got sent up Gold Metal  while the winner began the trek back down to the bottom where he/she/it would do an increasing number of push-ups.

The “losers” got to play in the sprinklers. The “LOSERS.” Call it what you want, but that’s pretty f*cking awesome. So this happened for..30ish minutes (a little longer than that). And once time was called, everyone dropped into a plank and finished together.

We had many lumberjacks this morning but the plaid vest of honor finally found a home for the week on tribe member Heidi Ylvisaker’s shoulders.

The tribe posed as an animal family, and then dispersed. And that’s all she wrote!

It’s NOT too late to make plans to go to the SUMMIT in Park City, talk to Cyndi Hovey for the deets.

FRIDAYS: UMN boathouse, 6:27am. This group is smaller, but it is HARD.

Next Week: YEARBOOK PHOTOS!!! Wear something goofy, we’ll release the theme…when we think of it.

The tribe is strong for another week [INSERT AWKWARD PAUSE]!