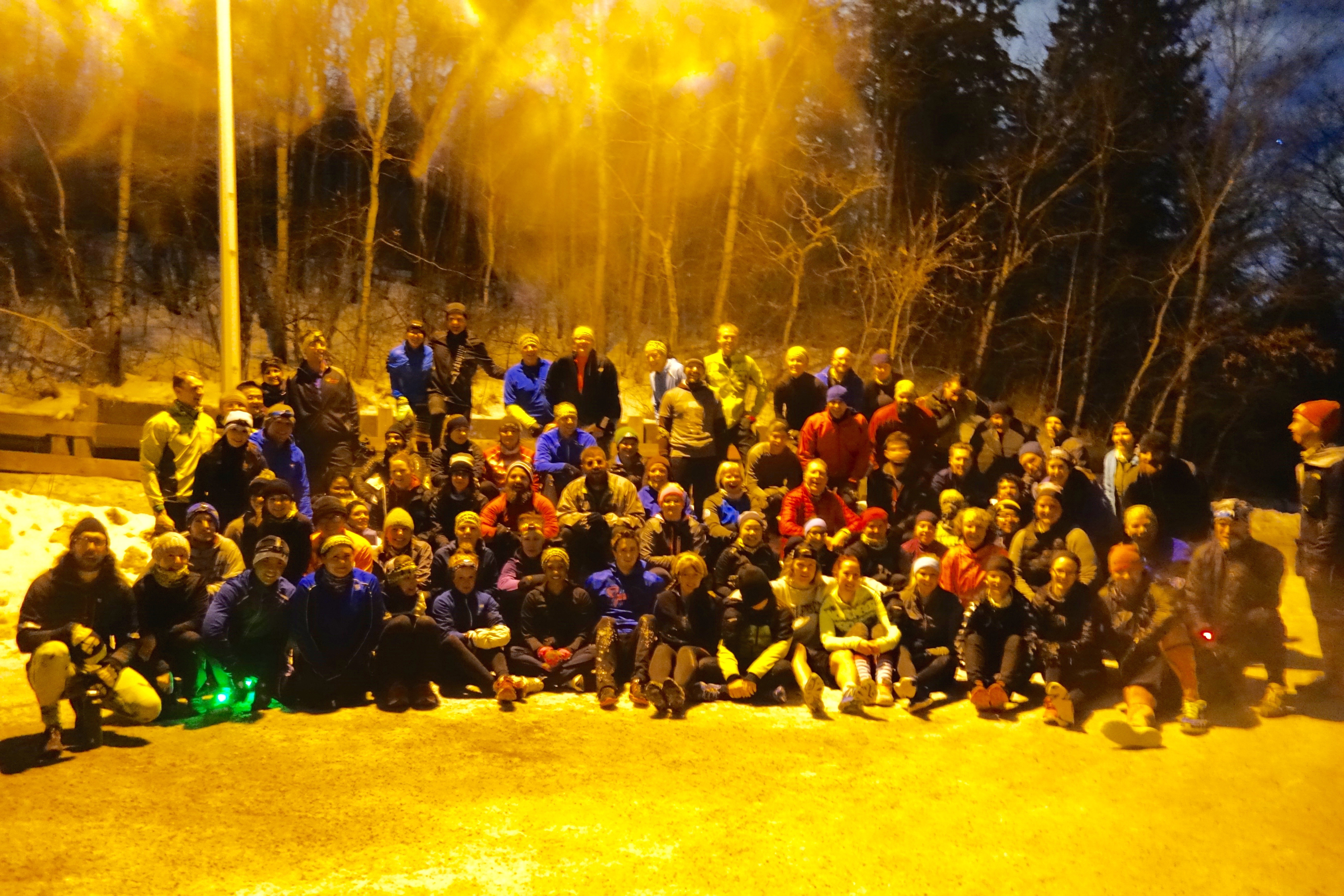 Today’s location was scouted on Google maps, it was a great location, maybe for summer when we have some better light though. The ravine could work so well on a lot of levels but there’s no lighting down there and the path into it was a bit slippery. A few of us tested it out and I still wish we used it for something, could have been very, very amusing. We were also told by one of you that this is where drug dealers make their drops, so as buff dealers, we may have a turf war starting soon. All the parking lot sprints we did this morning, we’ll have no problem out running whatever type of weapons they have.

This morning was the first time I’ve been able to workout with the tribe in over a week, not because I was injured, I started a new large tattoo that I needed to let heal properly. As fun as it was to cheer the tribe on over the last week, my hands need a break, they got bruised from all the high fives, better to do the workout. These workouts with all 4 of the leaders there are starting to happen more and more that its starting to feel almost normal now, we have to fight over who has each job to do even though we still forgot the waivers.

Have a good Monday, please no more singing in the shower playlists, Andrew, Bon Jovi is still stuck in my head.