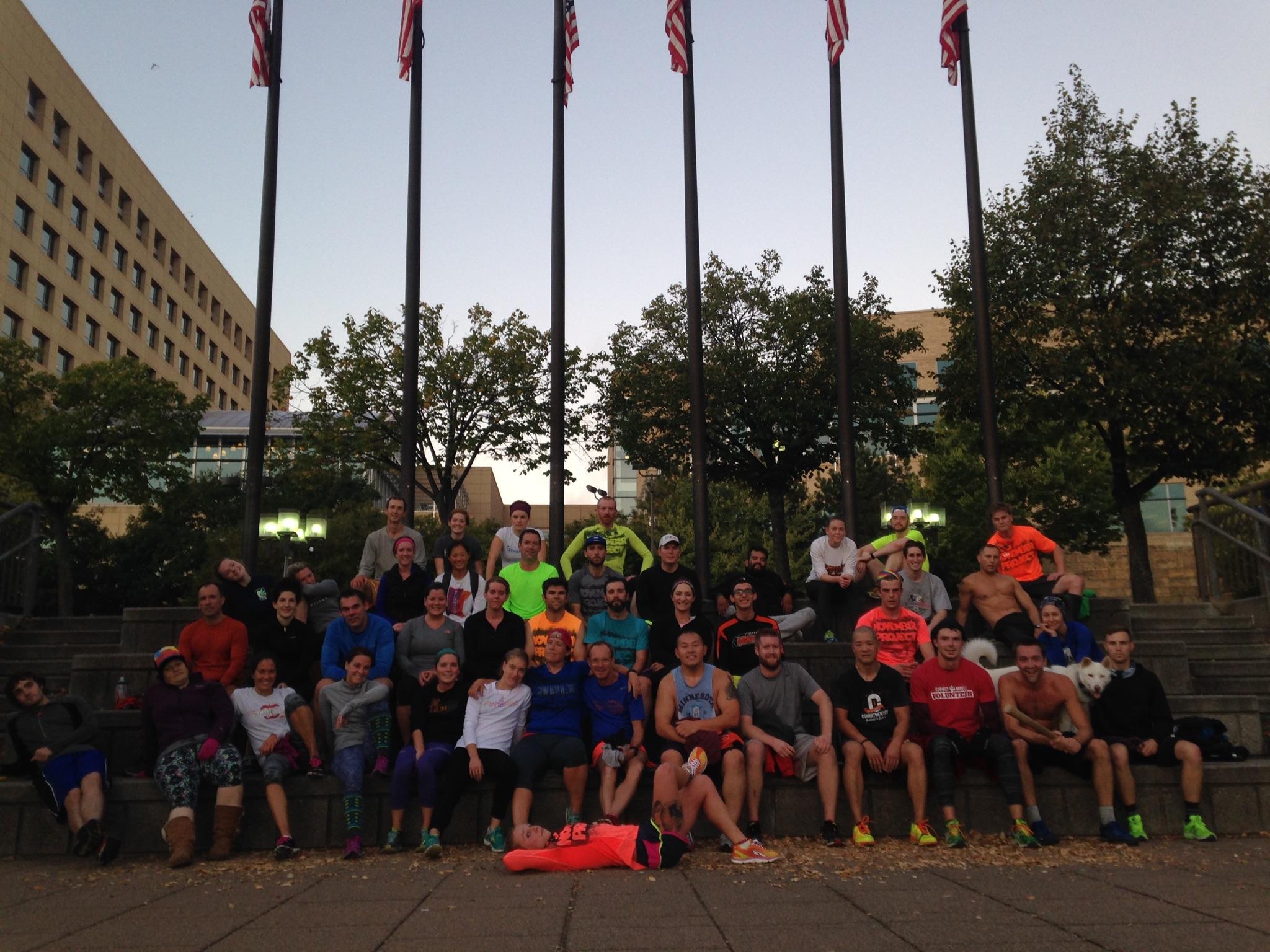 This morning I was impressed with what the tribe accomplished before the sun rose to greet us. The morning started out with a group wiggle-shake to loosen up  followed by 100 push-ups .

After everyone’s arms were toast, the tribe took it up-river to do what has come to be one of the classics for #NP_MSP. Some think the Bridgewater is name after Teddy however, it’s actually just a lazy way to name the workout as it has tribe members hopping down over a ~4ft ledge to touch the Mississippi and running down river and up to the top of the Hennepin Ave bridge.

After summiting the bridge, tribe members flew back up river to complete increasing box jumps and dips on the pavilion and then made their way back down to the Mississippi again to start another round of the circuit. This continued for ~25 min with the workout finishing off with a group plank and two last push-ups (because we didn’t do enough before).

Winning the positivity award this morning was new tribe member Will. He’s only come a couple of times so far, but I foresee him continuing this pattern. He’s impressive, he jumped right in.

The tribe lounged on the pavilion steps for a family photo and then broke out to start the rest of their day.

Way to go tribe! AND..way to go post-marathoners! We had a recovery deck for you but everyone ran! Props to you guys.