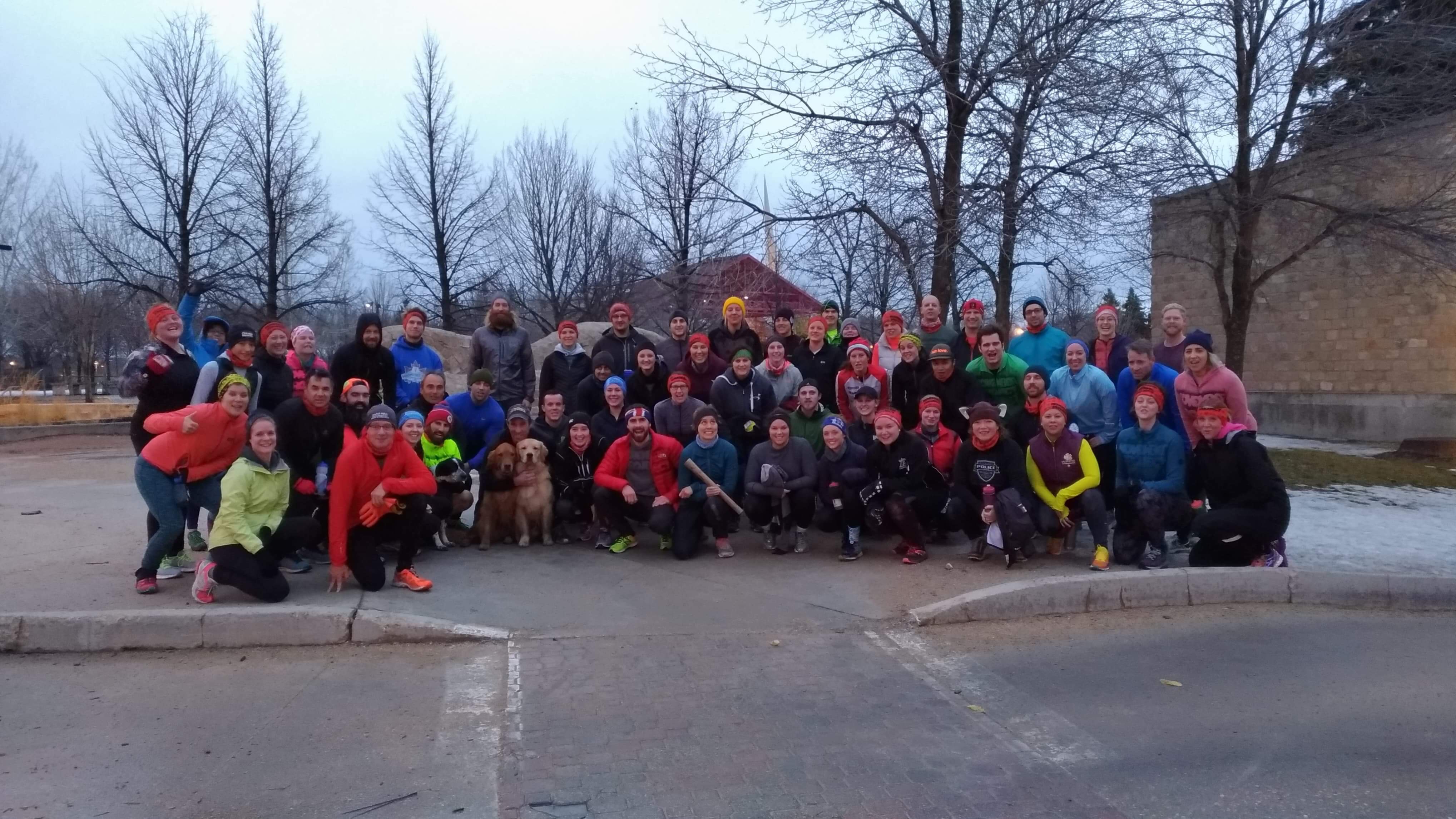 Update: I started this blog yesterday (Wednesday) and finished it today.

This morning was a lot colder than yesterday morning, and it was also PR day. We worked out in the Parking Garage, with a brief stop at the top for Green Sally. I think we need to start doing Green Sally more often, because it never seems to get any easier. Everyone PR’d today. Well, not everyone, but it seemed that way. There was a lot of encouraging going on, and I felt Evan breathing down my back the whole time until he pulled away with a couple minutes to go and crushed out 90 levels; well done, Evan.

There were no pukes this morning, but there was one episode of crying (tears of joy, don’t worry). When Erin started coming earlier this winter, she did 32 levels. Today, she did 50. When she realized that, she had a little cry at the end. Way to go Erin! You were the real champ this morning. Marina led the charge for the females and was absolutely flying today; look at what you can accomplish when there is less chitter chatter and more pitter patter. Jamie and Cece were trying to catch her, but couldn’t quite pull it off. #slowjamie 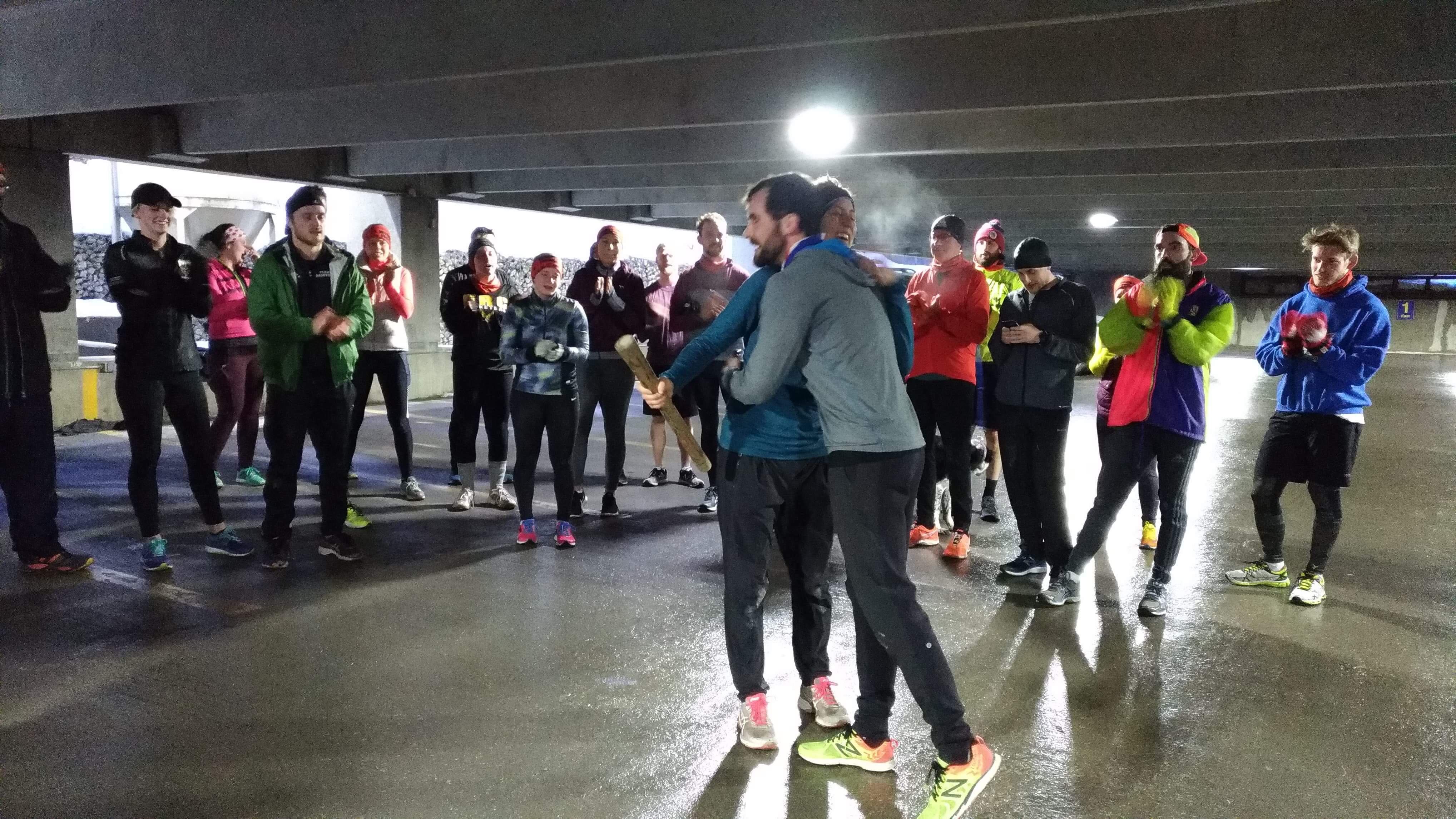 There is someone else I’d like to draw attention to. Opal has been quietly crushing NP workouts for I don’t even know how long, and she is training up for her first full marathon in Fargo. She may not be the loudest member, but she is one of the most consistent in her attendance, her effort, and her support for everyone else. Thanks for being here Opal, and good luck with the full marathon! 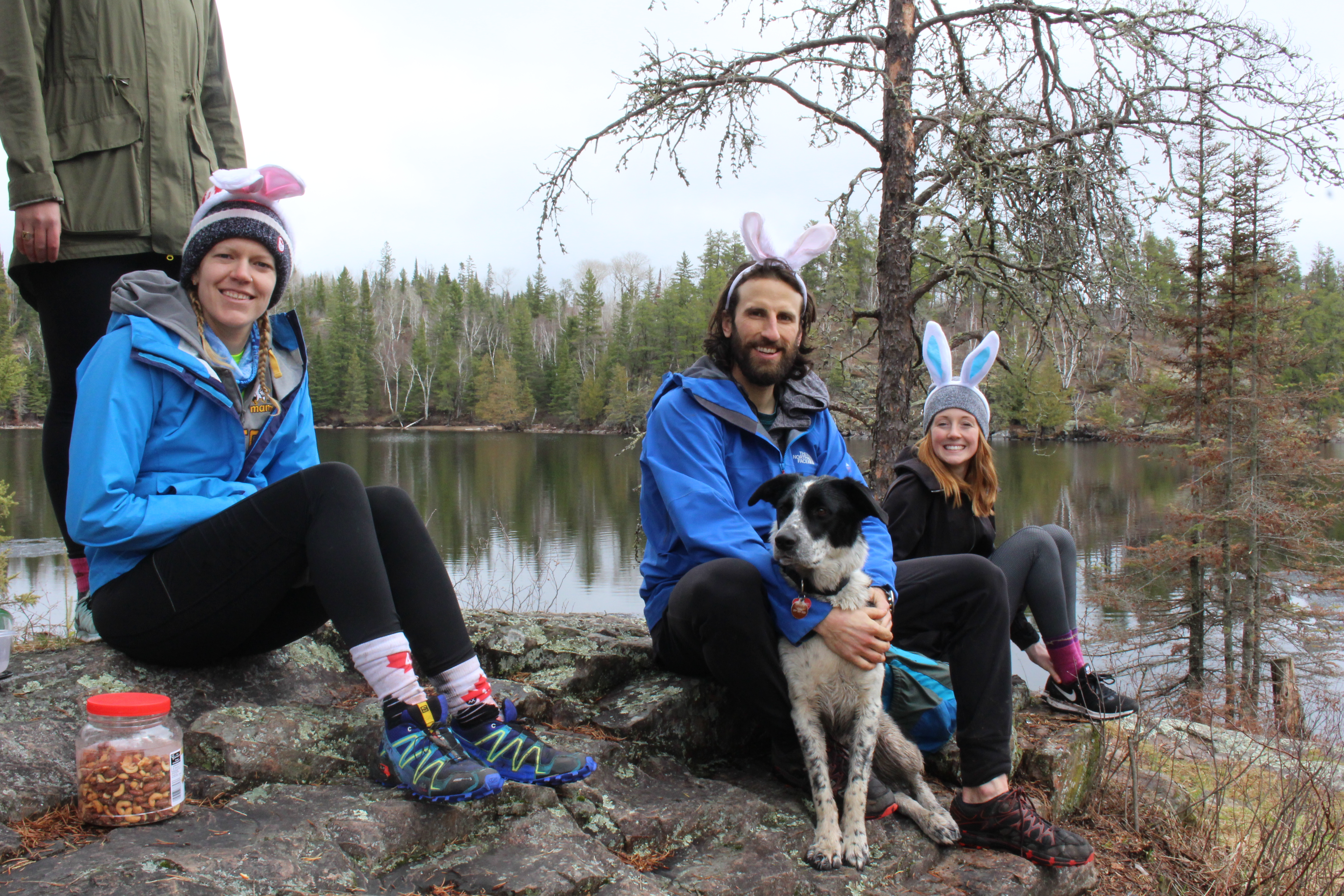 If you’ve got bunny ears, throw them on this Friday morning and come on out to The Forks at 7:14am for a special Easter-themed workout planned by two people that aren’t me. Maybe it’ll be easy, maybe it’ll be hard; I’ve got no idea. But it will be fun (that’s an order). I’m excited to see what they pull off. I’ll also announce on Friday when and where Summit will be this year. 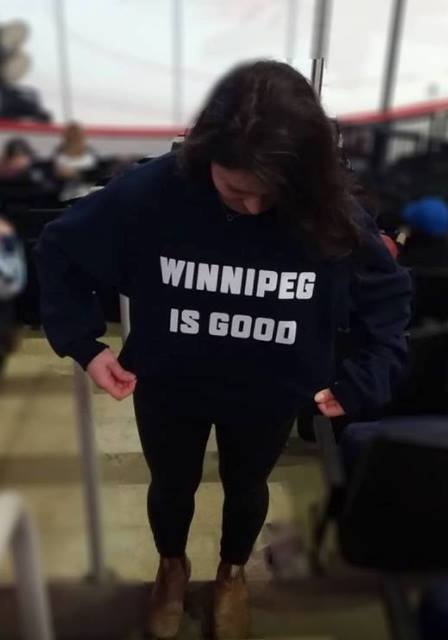 I’d also like to thank Karly for stepping in and helping with the workout this morning. I am also very fired up about the Jets going to playoffs, so the bounce was very fitting. And hey, I’ve butchered many a bounce in my day, so ya done good kid. She’s taking orders for the ‘Winnipeg Is Good’ sweaters she’s wearing, with proceeds going to Siloam Mission. If you want one, check out her post in NP Winnipeg Community.

Karly was filling in for Megan this week, as Megan is away in Texas with her athletes for their annual training camp. It sounds exhausting with the three workouts a day, but I’d still swap places with her; this weather is getting old! I missed last week because I got hit by a freight train, or it felt like that anyway. I was sick and the body was barely functioning. Whenever I miss a workout, I feel like I’m missing a big chunk of my week. I was especially sad to miss because it was Megan’s one year as a leader and I wanted to make a fool of her somehow during the bounce, and then write a blog for her later in the day. Neither of those things happened, so I’m writing it now. 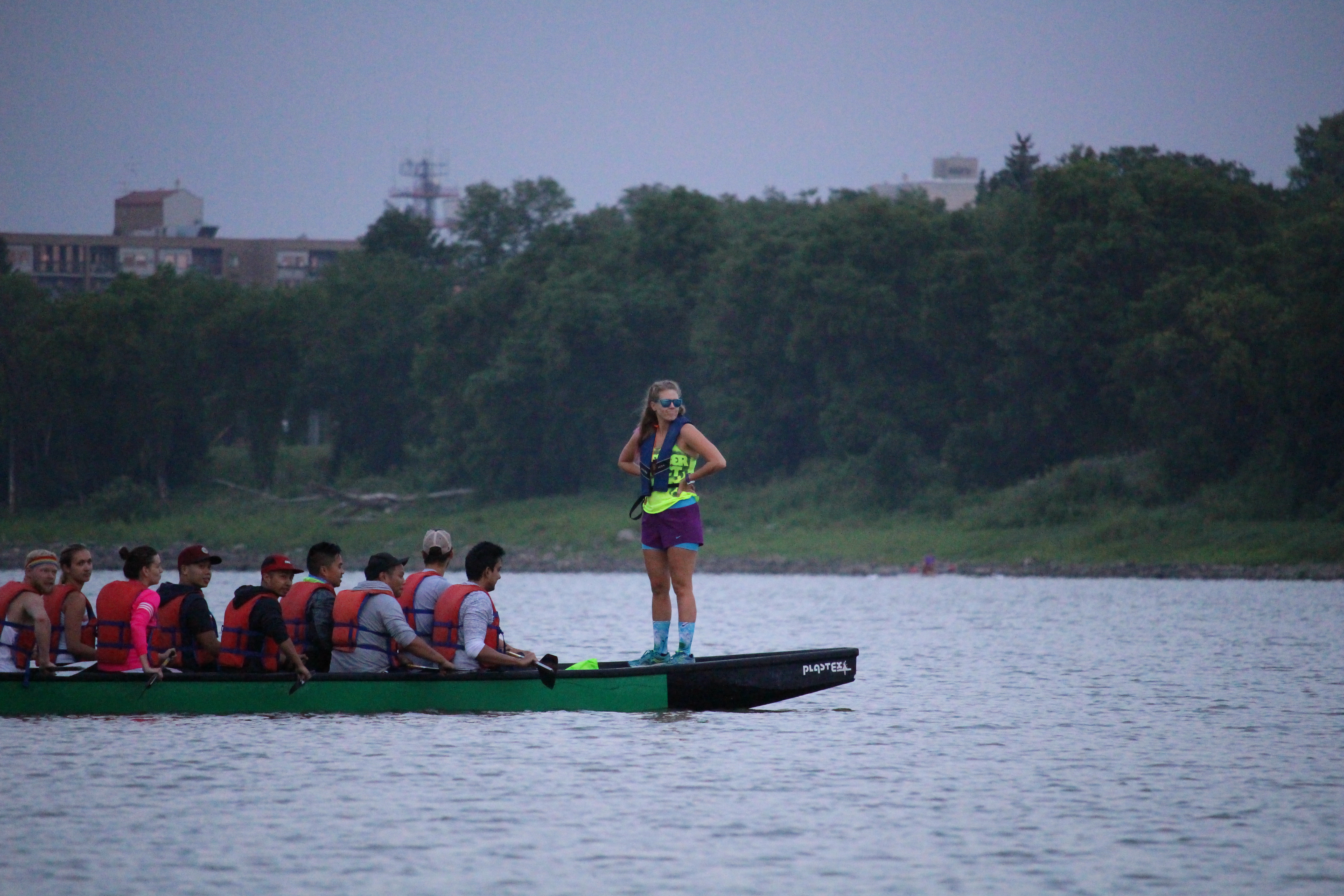 Megan Cora of the House Hunter First of her Name, Queen of all that is November Project Winnipeg, Kahleesi Of the Canoe Kayak Centre, Breaker Of 53 weeks of Leadership, and Mother of Dragon(boat)s

I’m sure most of you have someone that you look up to; someone that you aspire to be like, someone that you use as a type of measuring stick to gauge where you’re at in certain areas of your life. I was once asked who that person or who those people were for me. Megan is one of my role models. She’s my co-leader as well as my roommate, and we’ve become great friends over these past two years. I’ve been inspired by her tenacity and dedication to all that she does.

For example; her commitment to her running program. We both have the goal of running a Boston Qualifier, and I’ve always been impressed with how consistent she is with her training for it. Sometimes it’s infuriating, because I go through times when I have minimal motivation to run, and there she is, steadily giving ‘er. So it’s pushed me to be a better runner just by seeing her dedication to it. 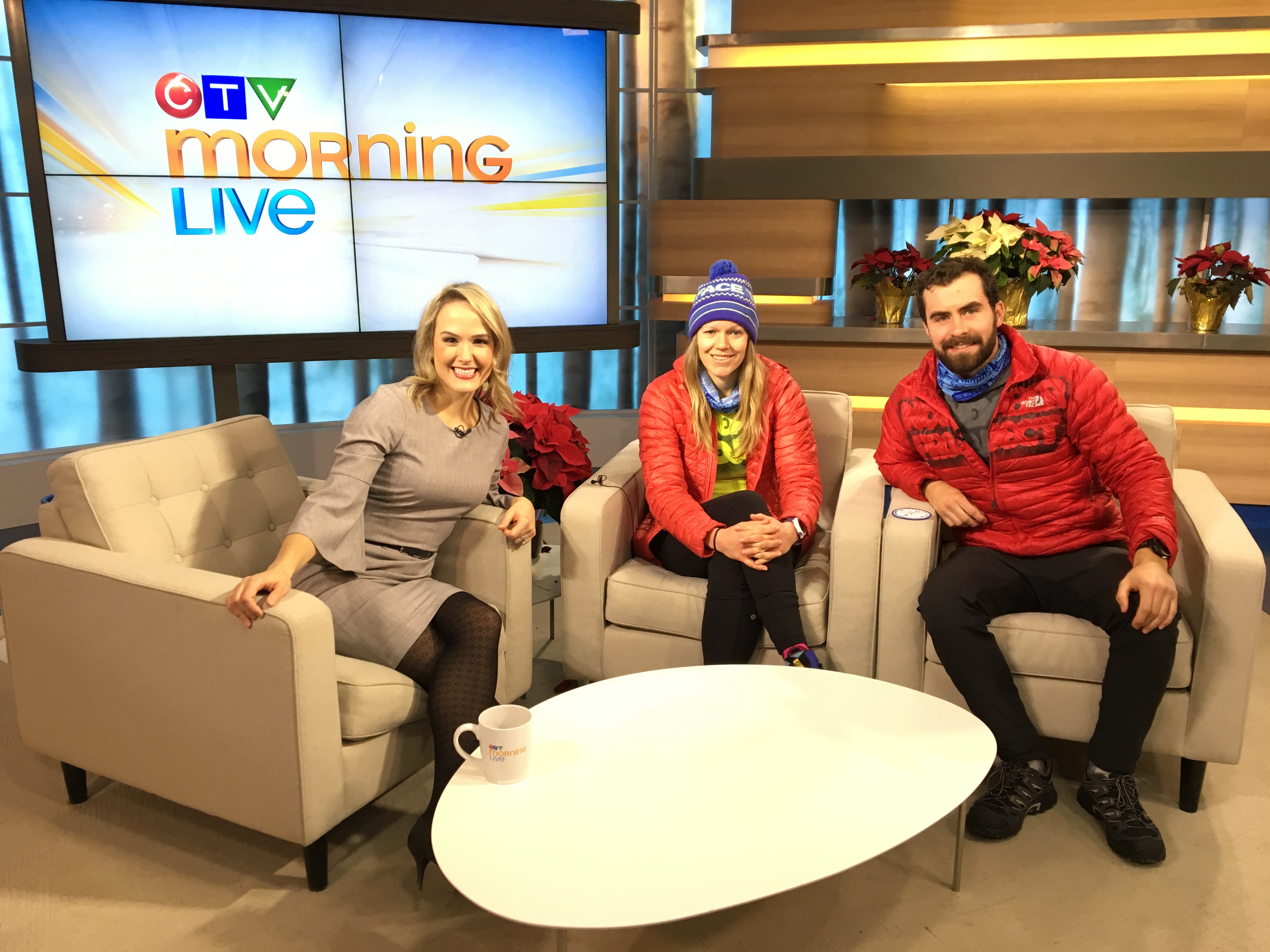 One moment this winter that really showed Megan’s bad-ass side was when she had the stress fracture and she still came to workouts in her moon boot, even when it was -45 and she couldn’t run to stay warm. We were asked to go on the CTV morning news show at 8am right after the workout, it was after Ace Burpee’s top 100 list for 2017 came out, and we had committed to going. Megan ended up nearly passing out from the cold, and I was worried we were going to have to cancel on CTV (I was also worried about her). But she rallied, we sat in Cafe Postal for twenty minutes (which wasn’t very warm because they had left the heat off all night) and she had a hot drink and she sat there with her head in her arms for twenty minutes. Then she said ‘Ok, let’s go’ and we pulled it off. I’m pretty sure she even talked more than me while on air. 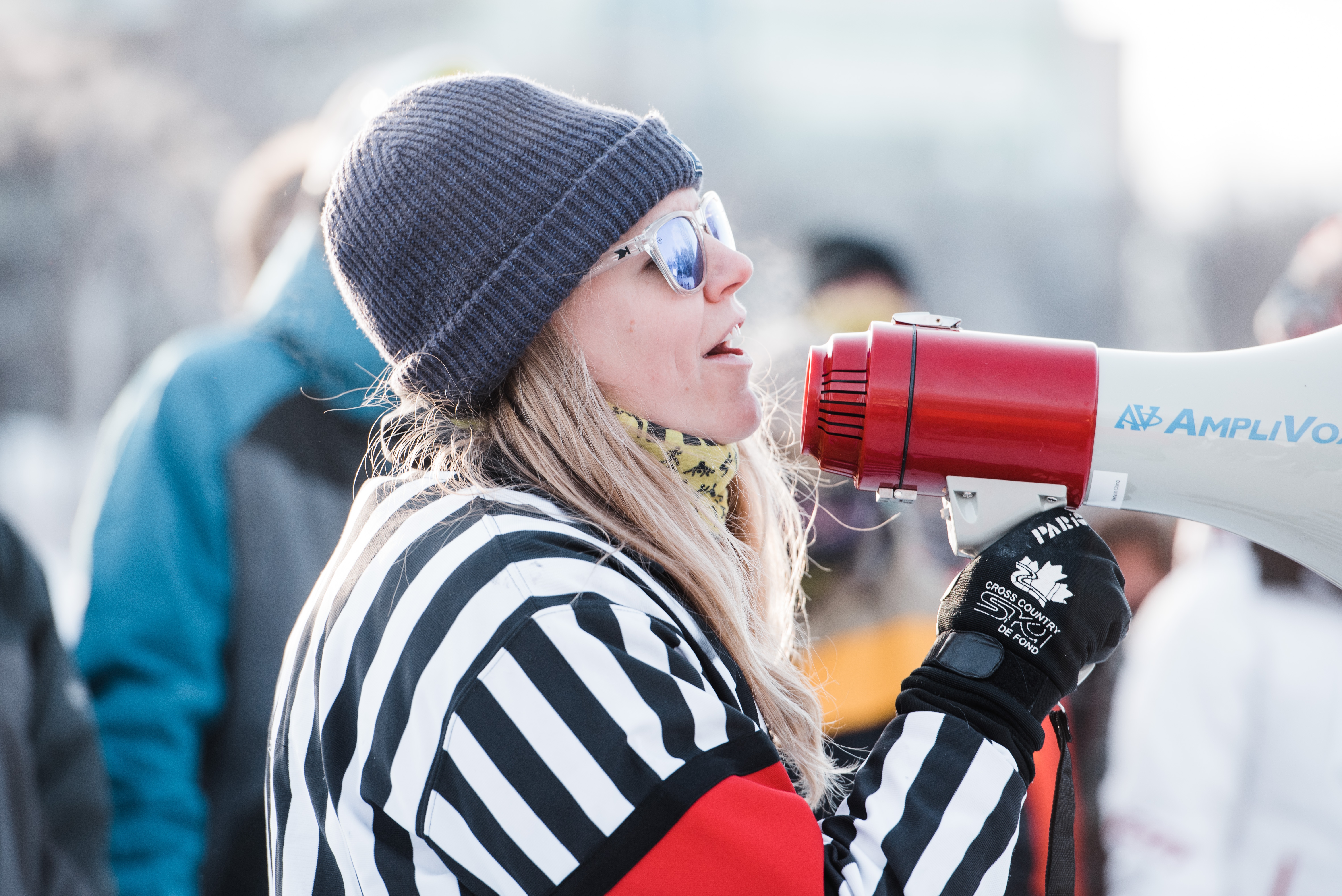 Megan has brought a whole new energy to NP Winnipeg, and co-leading with her is not only fun, but really smooth. We have the same idea of what a workout should look like, and we both try to bring new ideas to keep the community component alive and well. The scavenger hunt that she organized last fall, the 12 days of fitmas, the NP xmas party, her help with The Great Skate… those were all great successes and I’ve got to give her kudos for that. I’m sure there’s a bunch that I’ve missed, we’ve done a lot in her one year as a leader, and I’m sure the NP social night on April 7th will be just as fun. Don’t forget to send in your award nominations for fellow tribe members! 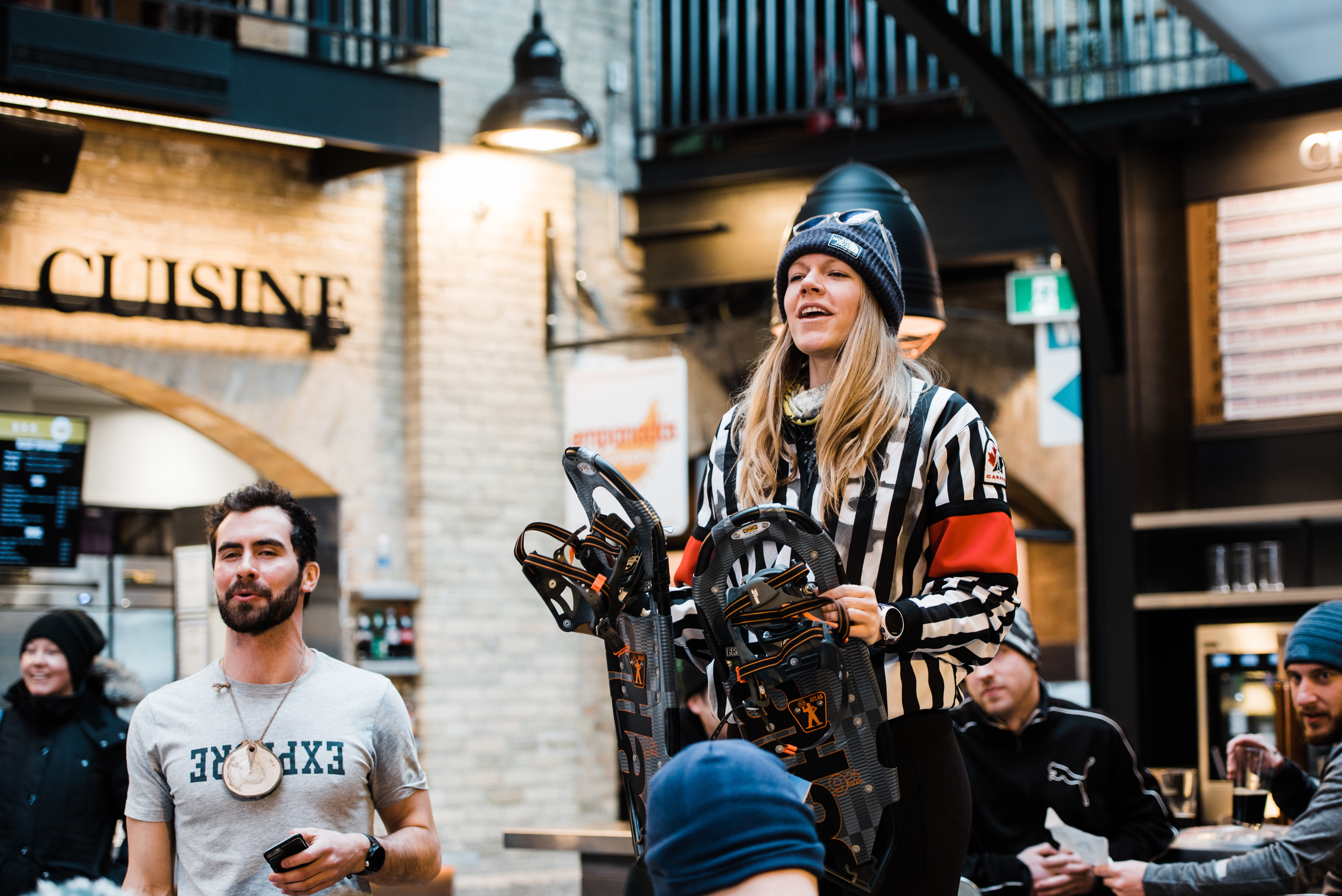 Thanks for your first year of hard work as a November Project leader ya salty dog, here’s to many more.

One Reply to “a little spring in your step (YWG)”