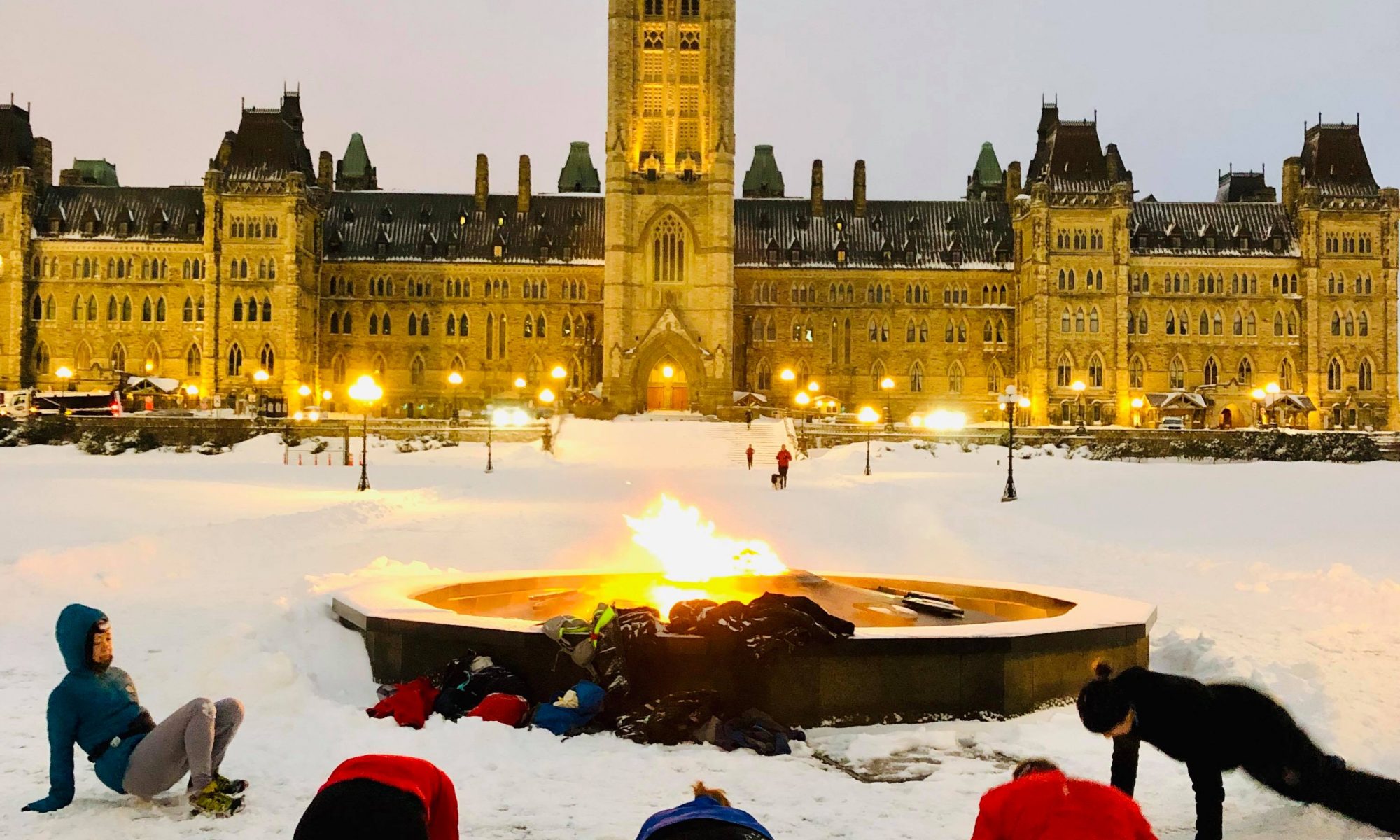 It was confirmed by late afternoon yesterday that the City of Ottawa would go into a basic shutdown. Such shutdown would include all schools from the collegiate to primary levels. Government employees were encouraged to stay at home and work from their laptops in the comfort of their own living rooms. AH YES, a total city shutdown. If there was any time we needed a solid video trailer this would be it. The focus would be blurred at the beginning but as people began to approach the flame their features would become more familiar. Then a really kick ass remixed song would drop in and it would cut to various humans running on Parliament Hill, some holding a plank in 40cm of snow while another set of individuals would be completing the hardest set of burpees you would ever witness. Yes that video promo would be sick. Maybe slightly inconceivable if you’ve never experienced snow like we have here in Ottawa.

Well we are here to tell you in words how badass this morning truly was. We know for a fact that there are many people out there who took this morning as a day to sleep in and not worry about hitting their snooze button. It was challenging to get to the hill in a safe and time efficient manner. But once on the hill, the only challenge that was left was how hard you were going to push yourself this morning. Maybe you had already reached 150% from the moment you stepped out of your building and knew that showing up was enough. But, from what we experienced this morning everyone who showed up came with an intention to crush the workout and their day. The idea of completing 200 burpees in a 31 minutes while running and holding plank was meant to be a challenge. Yet, most if not all teams of three completed upwards of 3000 burpees, actually maybe 300.

Some members showed up late because they were being broadcasted on live radio, while others had to shovel themselves out of their laneways . And if you happen to be there this morning you would have seen a cross country skier join us around 6:50am. This morning was a testament to being just that much more #weatherproof. You can expect it all here in Ottawa, from 40cm of snow to downpours of rain to the extreme heatwaves in July. So thank you for sharing your morning, smiles and energy with us this morning.

Here’s to bringing soles together,