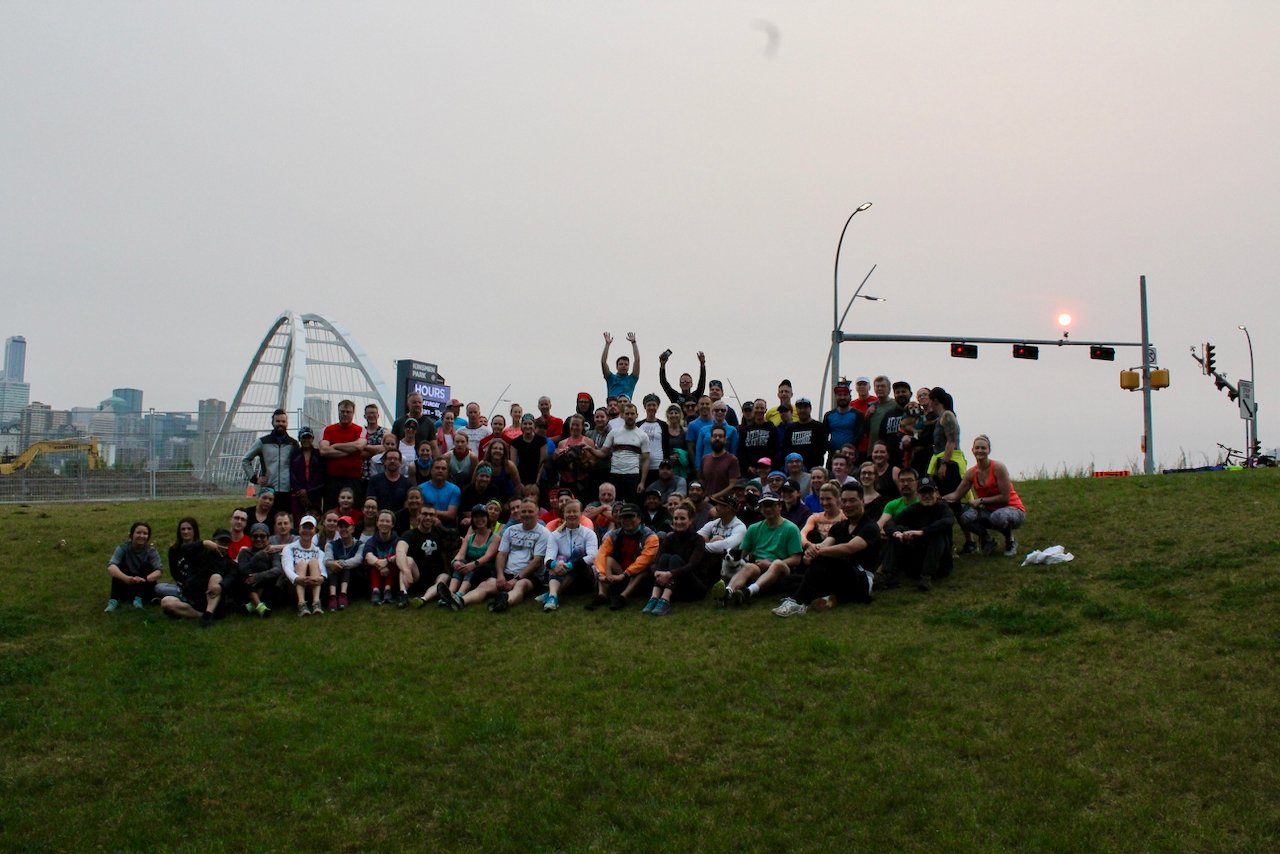 There are so many examples of where our body and our mind are giving us mixed signals and we have no idea what to listen to and which way is right. Is that an injury or do I just need to work through this discomfort? Did I hit a wall, or am I actually about to collapse? All this smoke reminded me of a situation I was in last year in which I spent a ridiculous amount of time contemplating.

Last year, I had a goal to run a half marathon under a certain time. I went through a training plan which meant more early mornings than the three at NP, discipline in sticking with the training plan, visualization work and changing my nutrition to ensure I was properly fueled. I was also in a position where I was an ambassador for the race. There were a lot of things that was telling me I couldn’t back down from my race. This all added to the expectations I set for myself because I knew it would help keep me accountable. Let’s be honest, it would look really bad if I went to the race organizers and my coach and was like “Thanks for everything, but I’m not gonna do the race anymore.” That’s not exactly the example I want to set. And then, the week leading up to the race, something completely out of my control happened. Smoke set in and hovered around the city at very dangerous levels (similar to yesterday). The mind game that this plays on you is remarkable. For me, it then became a run/don’t run thing. I wanted to run. I had put in the work. I had a goal in my mind and spent many hours working and visualizing that moment. The smoke might slow me down but I can run through that. Well, this might sound ridiculous, but I would create this story in my head that running in the smoke was ok. Everyone else is doing it. I’m healthy and don’t have any respiratory issues. It doesn’t bother me that much. Why would I not run? Well, doctors, health experts were highly advising against running. The air quality index is saying it’s dangerous. I may be able to finish the race, but it is going to have some long-term effects on me. I knew that I could have as many contingency plans and I didn’t need to close any doors.

At a pre-race event, I sat with other ambassadors and they told me they were racing no matter the air quality because they had put in so much work and they weren’t going to let some smoke stop them. As I write that, it still sounds as ridiculous to me as when I heard it. But they were making their decision based on what was best for them. For me, this race, any race, running is always going to be around. Unless I’m missing something and running is going to cease to exist soon, I’ll always be able to do this again. But one thing that I won’t be able to do, is reverse the damage I could do on my lungs and on my body. My “why” isn’t to run this specific race in a specific time. My “why” is to help others connect, and one of the vehicles to do that is through running. If I can’t run, then that’s a bigger problem.

The day before the race, the doctors were going to make the call if they were going to cancel the race or not. Sometimes it’s easier when someone else makes the decision for you. The race didn’t get cancelled and I was still scheduled to run. I told myself that I’m going to show up at the start line and cross it. And once I cross it, I’m going to go for it until I feel that it is unsafe for me to continue. Whether that is me feeling discomfort in my breathing, or even thinking that continuing to run would cause me harm, I would make that call as I go. If I only took 1 step over the start line and then called it off, I made sure I gave myself that option. And I also made sure that I was comfortable in making that decision myself, regardless of what anyone else around me would think. I’m the one who is primarily responsible for my health, no one else. By some stroke of luck, the air quality improved the day of the race to safe levels and I was able to finish the race without any discomfort.

After the last day or two in the city, it reminded me of this. There may be expectations of showing up to NP or making sure you get your workout in. There are so many stories you can tell yourself about why or why not to do something. And when you go through those options and evaluate what’s best for you, make sure you’re doing what you’re doing for you, and no one else. You need to look out for what’s best for you. Others will to, but you are going to be your biggest supporter.

Monday: we’ll meet on the southwest corner of the Walterdale Bridge for The Walter.

Save the Dates for June – August