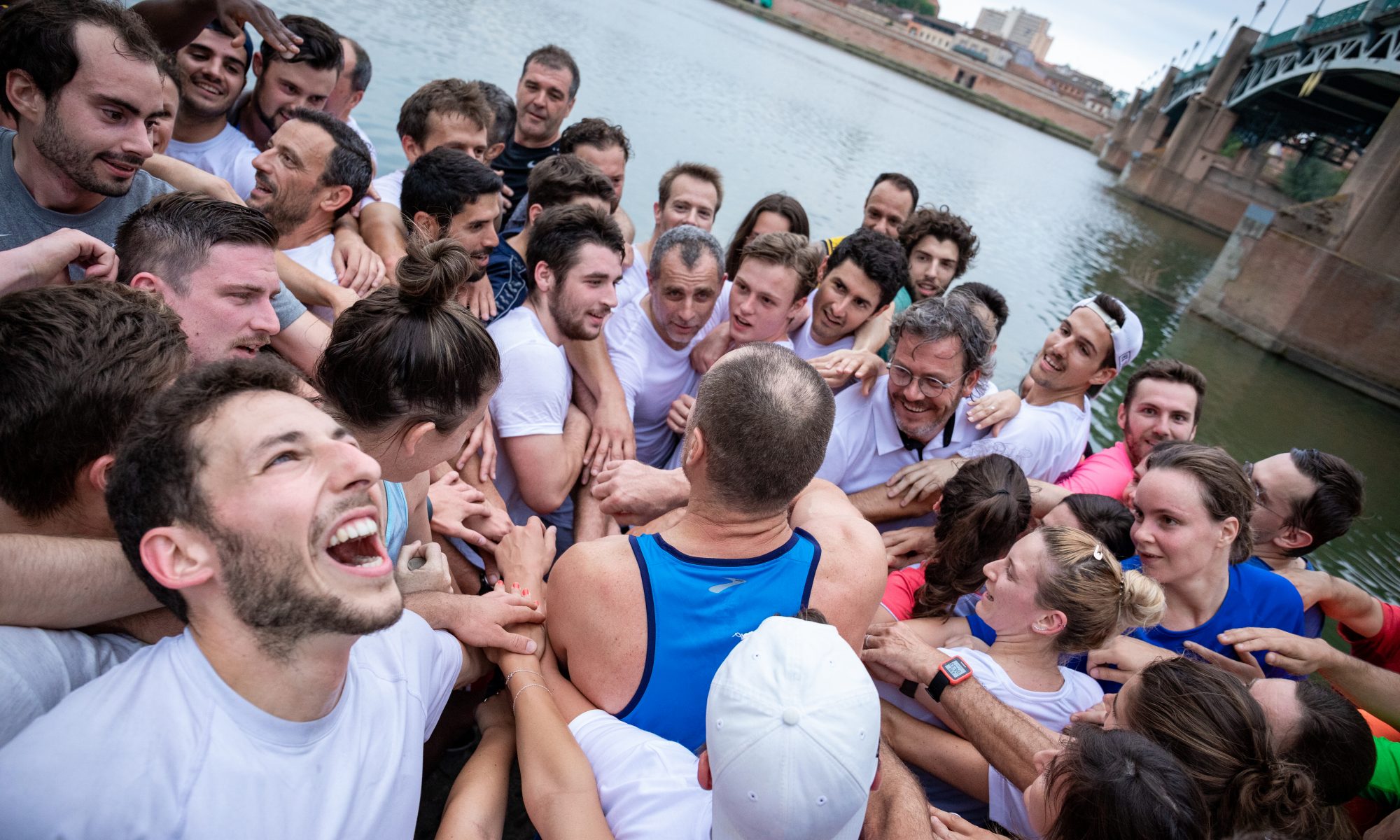 Scrummage (scrum) is a rugby term that involves the union of players around the ball, packing closely together in hopes of forward advancement. You can’t expect to ever move forward, nor ever win a game, without a strong scrum, or team, surrounding you.

Now we’ve all heard the words, world take-over, since the beginning when BG and Bojan made a bet in a bar in Boston to stay active through the toughest months of the year.

We watched as this movement went international bringing on Edmonton into the mix.

Some of us were at those steps back in 2014 when they announced Emily, Deniz and Evan as the new co-leaders for Boston and claimed that this movement would take over 30, 50, 10-billion-fucking-cities.

Many of us were at that bounce back in 2016 when 1,800+ people, from 40 cities around the world, chanted to thunderstruck at the same Harvard stadium.

Now here we are together, a union of cities packing closely together from Seattle to Amsterdam, welcoming Toulouse, France to the team as this movement spreads to their 50th city… Let that sink in for a second. 5 – OH. FIFTY. CITIES.

Had you asked me last Tuesday where Toulouse was, I probably would have pointed to a southern US city with complete confidence. Now after an 18 hour adventure, I find myself La bis-ing (french cheek kissing) two giant rugby strangers. I had no idea what to expect from this trip. I knew my role this week was to capture the essence of NP Toulouse, to be behind the lens and share their story with the world.

Bruno and G, the co-leaders of this NP pledge, shared their stories of how they met and WHY they started. I had this stark flashback, that brought me back to a moment crammed inside the airbnb outside of Toronto, 2014, hearing a similar narrative from BG and Bojan.

Their stories are similar: Two former teammates wondering what’s next, figuring out how to stay active and most importantly looking for a team again. Bruno and G started their group not because they wanted a November Project in Toulouse, but to give everyone in Toulouse a chance to be part of their team.  They found out about the project later, by chance, after the wheels were already in motion.

What they had created was almost identical to what many of us have been showing up to every Wednesday in 49 other cities around the world. They start and end their workouts with a chant, inspired from a scene in 300 when King Leonidas turns and yells “spartans, what is your profession” in which they respond with a similar echoing roar.  G gets the crowd riled up with his BG like voice and Coach Bruno takes charge with running the crew through the workout. Anyone and everyone who shows up is involved in the workout. The news, local celebs, politicians it doesn’t matter. It reminded me of the early days in Boston when anyone trying to report on this movement had to first run with us so they could tell the real story.  I tried to fly under the radar behind the safety of my lens, but Coach Bruni made sure that I got in some runs. It’s not easy for me to say this, but their stairs make Harvard Stadium look like the prairies. They wrap up their workout with some words of inspiration from Bruno and G before sending the group skipping into the rest of their morning.

What we learned from G and Coach is that this isn’t typical culture in France.  People often stay out til 6am so a 6:30am workout turns heads. What these two are doing in their city is transforming the city dynamic.  It’s evident that the people who show up are proud to be part of this. They’re forming a community. They’re forming a team.

This pride was evident especially later on in the evening when we gathered at a local bar for a social to celebrate officially becoming November Project.  Everyone huddled around the phone as we dropped the first edits of the french dooster clips from that morning. Behind the bar was one of the first humans that showed up to the early days of the Toulouse project.  Across the street the cafe owner, who was shoulder to shoulder with us at 6:29am, invited us into his restaurant for dinner. It’s clear that none of the people would have crossed paths if it wasn’t for this early morning fitness group.

What I was sent to capture could not be framed up in an image or told in 60 seconds. What I experienced, was a reminder that this movement has no boundaries, no edges, no colors, no location, nor ulterior motives.

What we are all apart of is not a bet between two people or the work of the 2 – 3 coleaders that wake up 50 cities across the world – –  it’s a natural human desire to be part of something bigger. To feel part of a team. Those highs you feel after a Wednesday morning workout are the same here in Toulouse as they are in Grand Rapids, Kelowna and Miri. Those smiles on the faces of everyone at 6:29am are the same here as they are in Philly and London and Hong Kong. November Project is taking over this world because this world needs this positive community. Even though I’ve never been to Toulouse and potentially may never come back, this trip could have been to any city and the captures would have been the same.  Sure the backdrops may look a little different but what you’ll find is the same love, passion and drive to be part of a team.

Is it Ironic that on this upcoming Monday, I return back to Boston to lead at the same location as my FIRST deck I ever showed up to, exactly 6 years ago? Wherever/ whenever the next November Project workout, pledge or pop-up is near you, I don’t encourage, I deep down hope that you’ll just show up. Not for me, not from pressure, not just to be just another number, but I hope you show up for yourself. To give yourself that little extra espresso-free burst of energy that you didn’t know your mornings could have. Take it from me, you’ll never know where that scrum may take you…