Today was an excellent day to be a kid again, embrace adult recess, appreciate our bodies, and strengthen our community… all before 8 a.m.! What a thrill! For Halloween, the tribe showed up in costume this morning and it got me introspecting into all we get from CHOOSING to be a part of November Project. read more 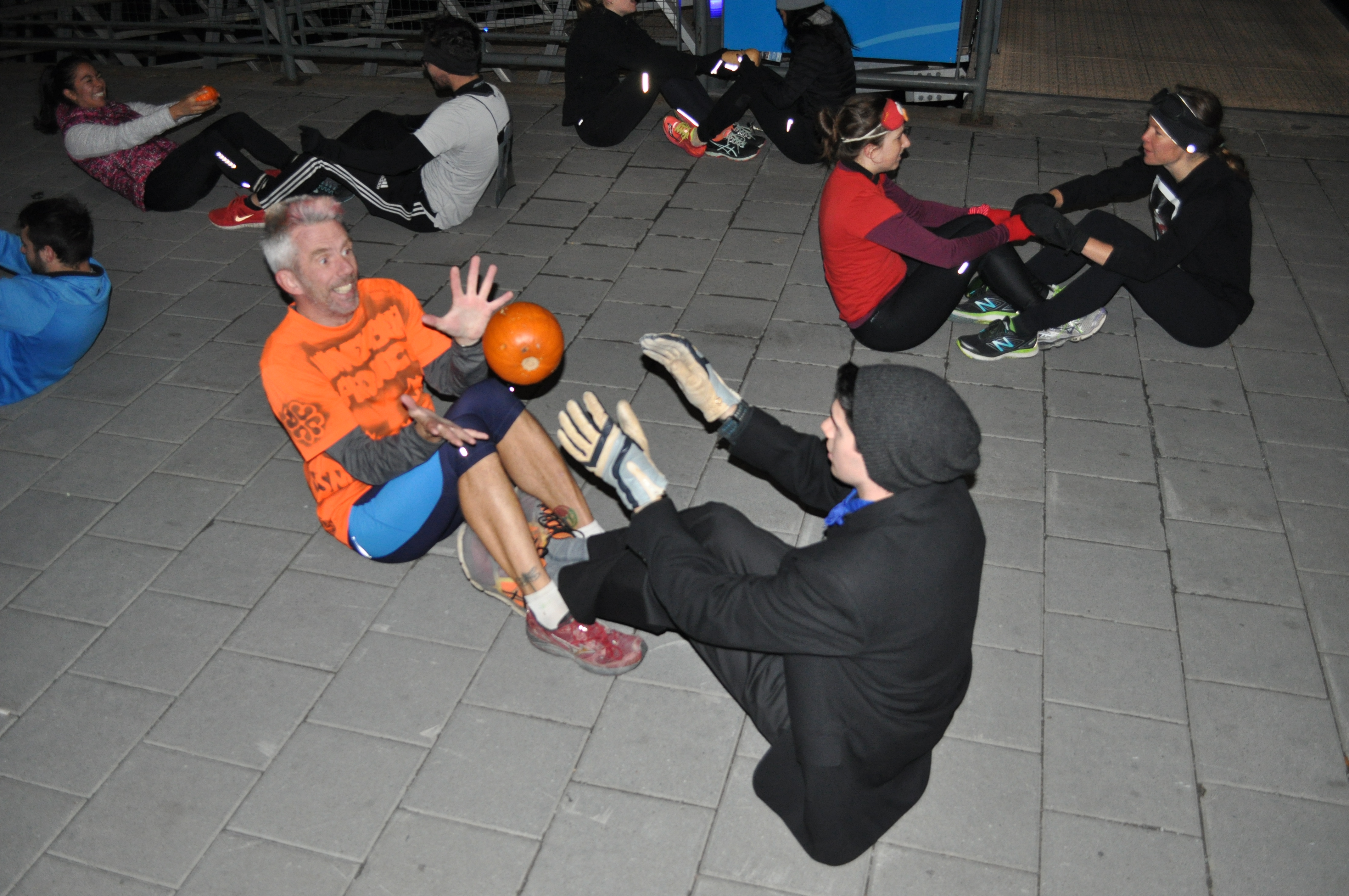 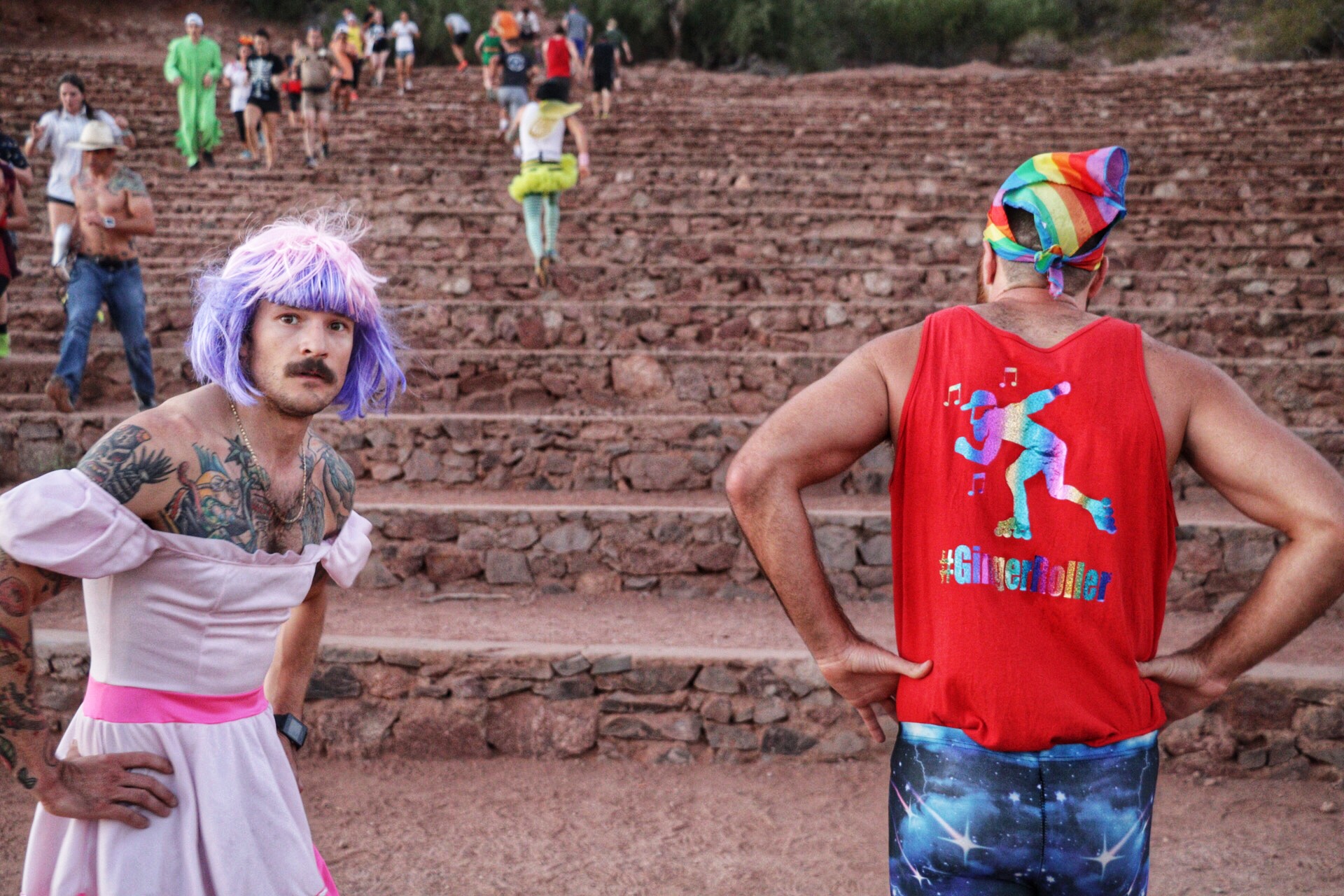 Did you know that the ancient Babylonians based their mathematical system on the number 60, as opposed to the decimal system we use today? And that bees build their honeycombs using hexagons (aka six-sided figures)? Or that carbon, the basis for life as we know it, has an atomic number of 6?

If we so desired, we could use a heximal system, based on the number six. Further, making this system modular (or circular, like time shown on a clock) would effectively create a world where sixes become tens and tens become meaningless. In this case, 4+2=0, just like 12=0 on a clock. This is a fitting representation of the madness that is running in circles. 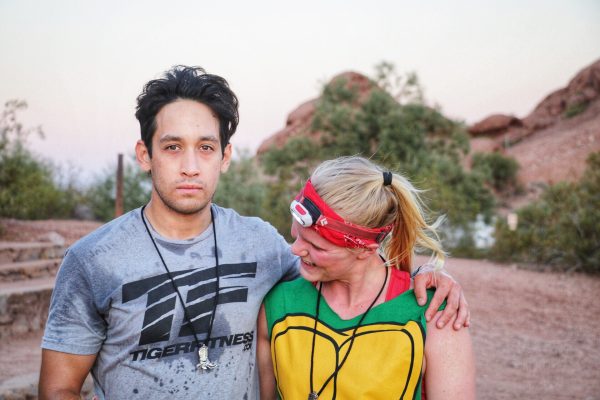 Since there are six unambiguous positions of the hand (fist, one finger extended, two, three, four, five), we could also use this system to easily use our hands to count 55 without interruption. For example, using the left-hand digits to represent the sixes and the right to represent ones, Andrew’s 31* laps (three left-hand digits, one right-hand digit) becomes 19 (3×6+1) in the decimal system. This is sadly less than our cowboy-clad criminal, Chuck. And actually, counting Chuck’s 24 laps in the heximal system shows that he actually ran 41 laps (25 = 4×6+1). Therefore, the bolo shall be returned and given to Chuck, the People’s Champ and now 3 or 4x something-something NP medalist. Annie, meanwhile, set a new course record with 42 laps, more than double Andrew’s effort.

Does any of this make sense? No? 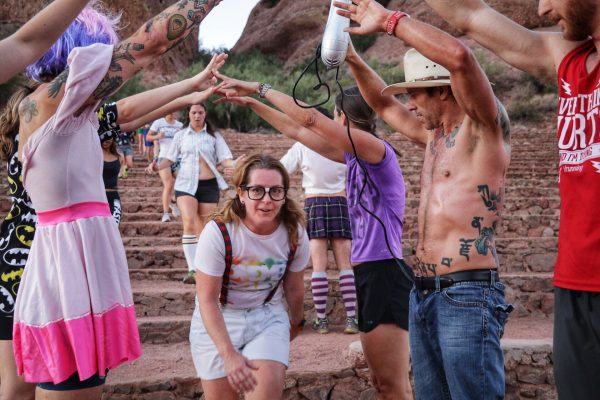 I would also like to hear your thoughts on the best costume. Drop a comment in the Facebook album, and make sure to explain why it was Joee the Donut Fairy.

We’re taking over the ASU-UofA game on Saturday, November 25. Tickets are $40 each, and we will be in Section 239. There will be a pregame tailgate – details to follow. To order, visit