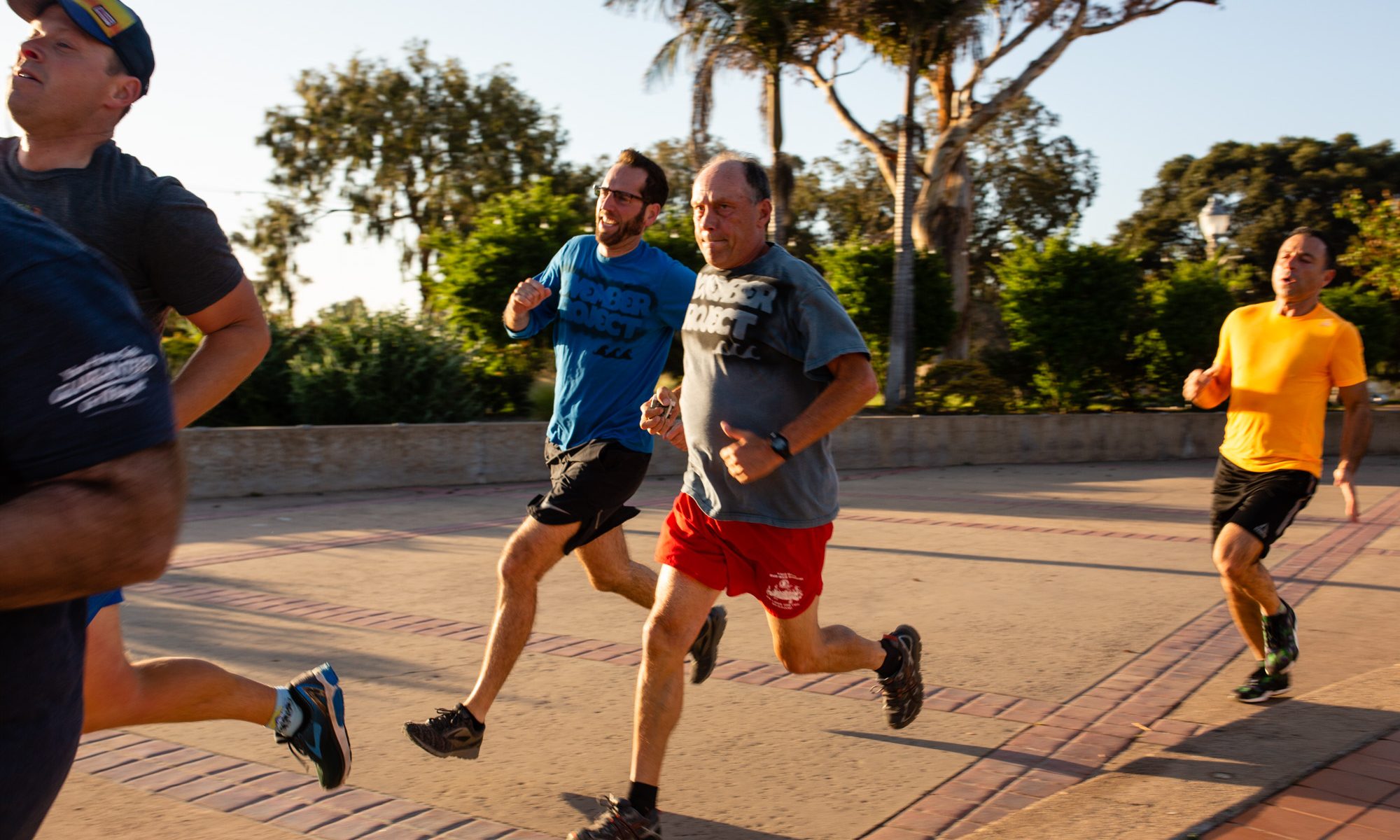 At November Project San Diego, we're trying to stay true to the work hard, play hard mentality of our workouts. And even when we decide that a particular Monday or Wednesday will be fun-in-games, those days can be the most memorable (and challenging) when you all decide to bring it. 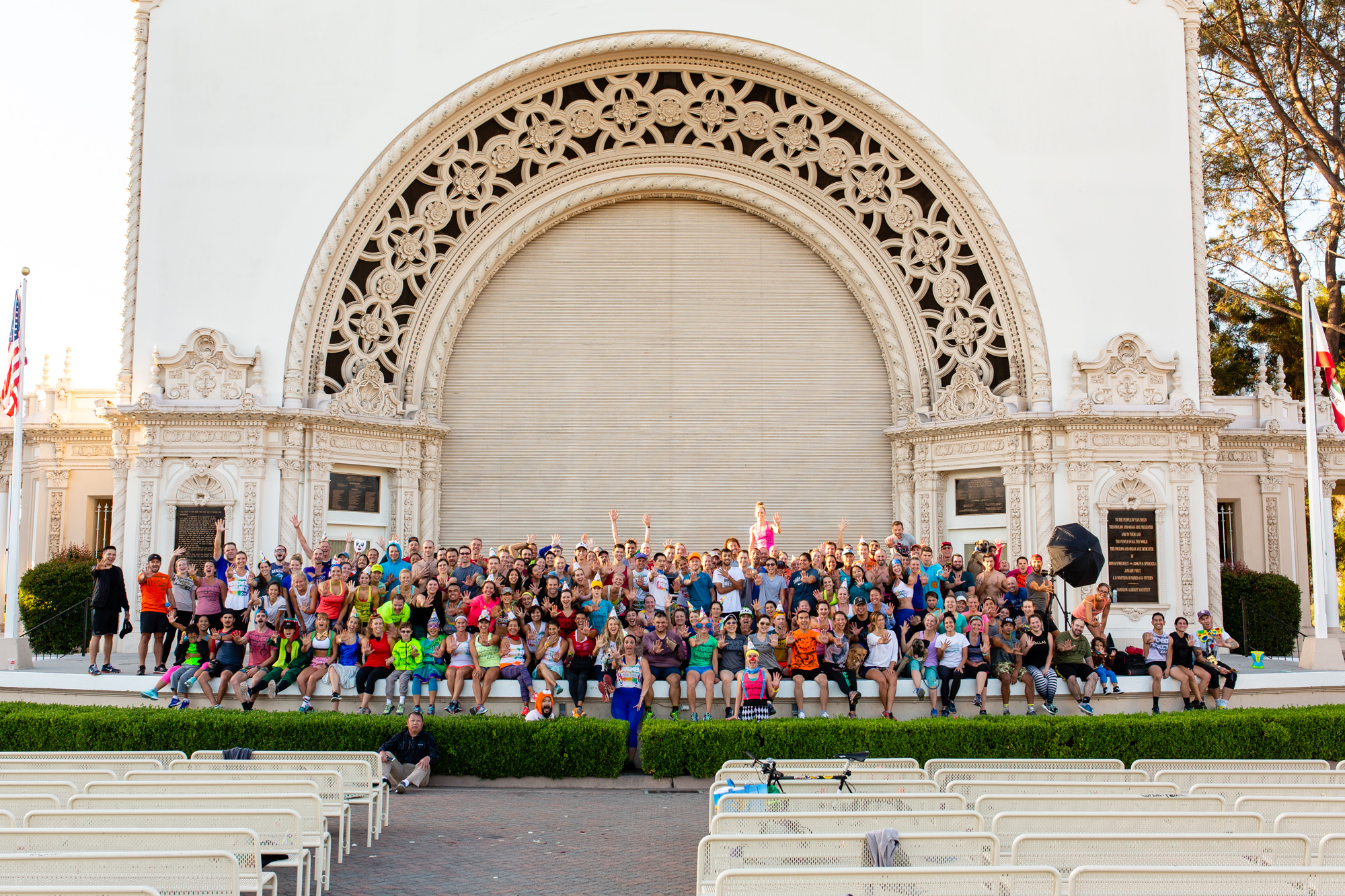 Since it feels like there are a whole bunch more NPSD babies that entered the world this year, I thought we could celebrate NPSD’s 5th birthday by reflecting on the CDC’s Developmental Milestones for infants, toddlers, and well…us. 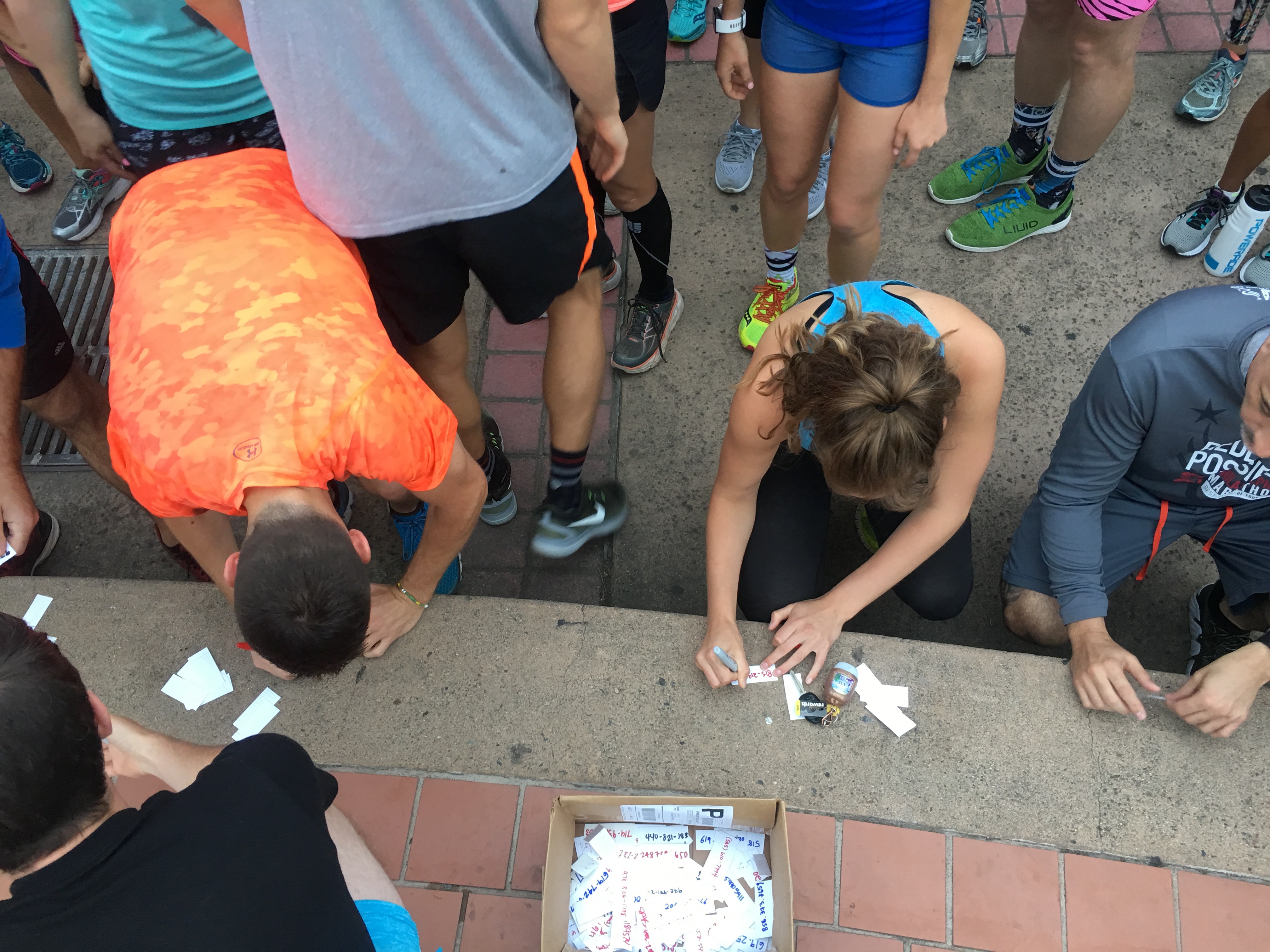 Today’s blog comes from Dawn. You all know her. But what you don’t know is her journey to where she is today.

There’s something about surrounding yourself with positive energy that really shifts your perception of reality – what you value in life, what you’re looking for, and sometimes even who you are. That’s why we hug each other. That’s why we smile at strangers and high-five them. And occasionally we’ll give you their phone numbers and tell you to send them selfies during the day (BTW, send your selfies. And keep them SFW, please).

It’s late October-early November 2016 and I’m running into longtime friend Sean Durkin. We’re at Trader Joes and we shoot the shit for a few minutes. Poor Sean. I blabbed his ear off because I had just been blindsided and dumped by my ex-boyfriend. It came out of nowhere, shocked everyone who knew us. Sean was a good sport and listened to my story. He told me about this workout group thing and said something like “just show up,” and so next Monday, I did…. 15 minutes late. 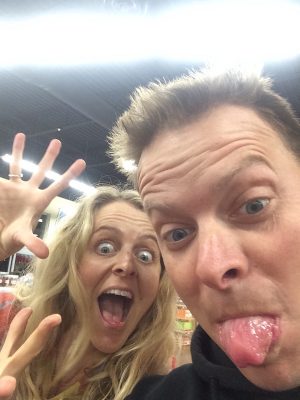 Everyone was running up and down the tennis court stairs. I had no idea what was happening. I think I asked Brogan what to do and I tried really hard to find & keep up with Sean (and Andy) because they were the only people I knew. “What did I just walk into?” replayed over and over in my head. I didn’t feel ready for something like this, but it was exactly what I needed. At the end, people hugged me, (I love hugs) smiled at me, and were genuinely kind.

But I was in a bad place. For the first time in my life I felt anxious, a kind of anxiety that physically manifested through my body. Sure, I’ve been sad before, but this was different. My eyes twitched and I felt a heaviness in my chest. I had no motivation and I was sad. I’m usually described as a colorful, happy, positive person. But here I was, 39, dumped by the guy I was planning a future with. I felt like I had lost it all. My rainbow was gone.

So the best thing to do when you’re feeling like a hot mess is go out and get yourself a new boyfriend just weeks after a major breakup. #SAIDNOONEEVER. I was in a fog, he was a distraction. Seemed like a good idea at the time.

I made it to a few more workouts here and there, but skipped most of them because my rebound was a reeeeeeeeal winner who wouldn’t workout with me. Simply put, he basically sucked and was the most judgmental & angriest human I have ever met. I can only defend my dating him by saying I wasn’t really seeing things clearly and my decisions reflected that. He was filling the void of having someone there. (That was hard to write) And we only dated a short time. 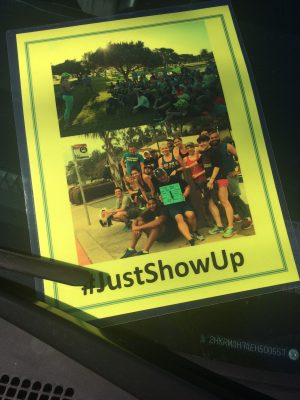 I run into Durkin again at Trader Joes and he encourages me to keep going. “Dawn just show up, you gotta keep going, it’s awesome.” I tell him I will, but I only show up a few times and am inconsistent at best. He even takes it a step further, laminating a photo with the hash tag #justshowup across it and puts it on my car. It made me laugh my ass off. I chatted with a mutual friend about Sean and I said “What the hell is with Sean and all this November Project talk? They have got to be paying his ass for all this free publicity.”

Then I got dumped by the rebound. And let the record state I was gonna dump his jerky ass, but he beat me to the punch. So lame. I may have been sad but I know my value and he was not worthy. (Silver lining: he introduced me to Mikes Taco Club in OB, and those tacos are bomb. So at least I got something out of those few weeks 🙂 ).

My first workout back officially was 5k day in OB at Hill St. There’s a pic of me jumping and you can tell by the pep in my step how happy I felt. I was back and it felt great. I haven’t missed a workout since. I’m in it to win it.

But the return back wasn’t all unicorns and rainbows from there on out, I was still dealing with a few issues in my life besides the break up that kept me in my head. Work, adulting stress, etc. Plus, I didn’t think I could be a morning person. But I had a chat with Eugene & he was right, what’s better than starting your day running and playing with your friends? Nothing. I was starting to drink the Kool-Aid. Then later at another work out, Brogan asked me, “Are you awesome?” and I didn’t feel like I was. I was slowly seeing the light at the end of the tunnel but I couldn’t honestly answer with a yes. I said I was 90% awesome cause I felt like I could fake it until I made it. A few more workouts, and a few more workouts, and a few more workouts later, I totally got it. Brogan asked me again, “Are you awesome?” and I could honestly answer, “Fuck yeah!”

I am so grateful for Sean and his tenacity. He wouldn’t give up on suggesting November Project. He knew it was just what I needed.

Here’s what I have learned: “Just show up” up means accountability to myself and my friends. That I will show up and lift up those around me. I will encourage them as they encourage me. And as Angelo says, “Take that positivity and carry it with you for the rest of the day.”

And not just at November Project, but everywhere your day takes you and with every person you cross paths with. Be a good human, smile at a stranger, give someone a hug and tell them you appreciate them. So when Ashleigh says “Be happy, be strong, be bright,” I know to first be those things for myself, so I can then be those things to those around me. Hugs are medicine, I’m not making that shit up, it’s totally science. I am officially drinking the Kool-Aid & sharing the stoke with everyone I meet.

None of these concepts are new to any of us, but hard to put into practice singularly. When you’re around like-minded people and all working together, great things happen. 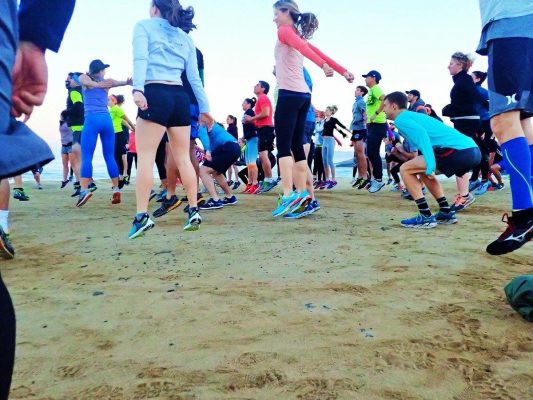 I don’t miss or even think about the ex-boyfriend (who actually is a wonderful person, just troubled) or the rebound (total A-hole 🙂 ) Instead I look forward to hanging with my friends – old & new and have officially become a morning person. If I hadn’t been introduced to November Project I doubt I would have sprung back as quickly as I have.

I always have a smile on my face cause I’m genuinely happy as FUCK. Sure, I had a vision for how my life would be at this point, thought I’d have crossed a few more items off the list by now, but that’s not how life works. Sometimes not getting what you want is the best thing that could ever happen to you. I’m sooooooooooooo grateful for all the positivity and radness. So thank you. Thank you a million and one November Project.

P.S. I haven’t run into Durkin at Trader Joes since. Weird.

The boring but important stuff: