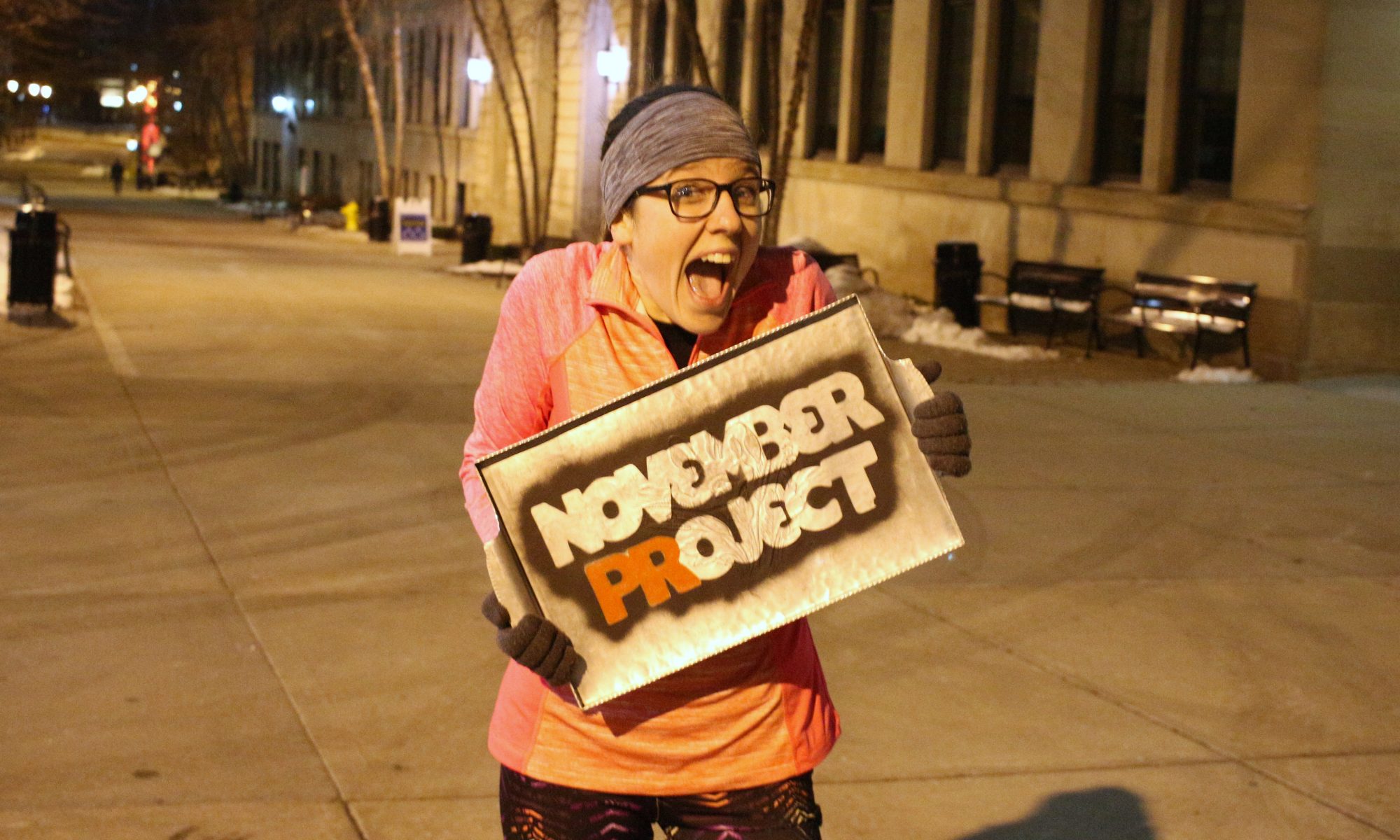 The phone rang at 7:15am Sunday morning. I had gone to bed at 9 the night before, cranky because I could feel a sore throat coming on and cranky because Alexander (age 2) took more than an hour to fall asleep. And then the kids woke up around 6:30… second weekend day in a row. Someday I’ll get to sleep in, but my guess is it won’t be till I have 5 teenagers instead of 5 little ones. Everyone tells me I’ll miss these days, but at 6:30 on a Sunday morning that’s hard to believe.

Phone calls are rare these days, #dontcalljusttext, and especially rare on a Sunday morning at 7:15 – it was the on-call number for our foster care agency. My husband and I got licensed 7 years ago and have had 11 kids placed in our home, 5 of whom we adopted, and after a tough teenage placement at the beginning of the year, we had already said no to two calls for placements in the last two weeks. But an early morning call means it’s an emergency, so I answered.

“Police picked up a little 2 to 3 year old boy wandering the streets in the middle of the night,” they said. “They searched for hours, but didn’t find his parents and no one has reported him missing, so they had to call CPS. He’s been sleeping at the police station, and we are trying to find a placement for him. He only speaks Spanish, so we thought of you guys.”

Something you need to know about our household is that it’s crazy. Not like your average, 5 kids 7 and under crazy, but like, my kids are wild. Earlier today we were trying to rank our kids from strongest personality to most mild, and we basically settled on a 5-way tie for first. They jump from the tops of jungle gyms and scare the other moms. They tantrum hard and love hard and have been known to accidentally run into walls because they can’t be bothered to pay attention to where they are running. Bedtime can take up to 3 hours on a really bad night, because they just have SO MUCH ENERGY and it is LIMITLESS. “Let them run it out at a park,” they say. “Let them burn off their energy at the pool.” Yeah no. They’re freaking Energizer Bunnies.

So for us to get called about a placement means that the agency is desperate. They know how much work our crew is, and whenever possible they try to place kids where there’s a more sane adult to kid ratio. Plus the state has to give special approval for a home to have more than five kids, so every time we get called, it means they are willing to do extra paperwork to get this kid with us.

But a Spanish-speaking toddler? It’s like this placement was meant for us. I’m fluent in Spanish, and we have had 3 other Spanish speaking kids placed with us. I know the difference it can make for a child to be placed in a home with someone they can communicate with, rather than someone who doesn’t speak their language. And when you’ve got 5 little ones already, what’s one more!? We already are the proud owners of 4 car seats and 5 booster seats, so an extra little guy feels like he will fit right in. We asked the kids, and they unanimously voted for a new friend to live with us, although Layla and Amaya (ages 5 and 4) couldn’t understand why it couldn’t be a girl.

So we said yes. Almost immediately. They got the approval from the state they needed and said CPS would get ahold of us to coordinate details. But the thing about foster care is that nothing ever happens how you expect. The worst thing a foster parent can do is start making expectations, because that’s a guarantee for disappointment. CPS ended up showing up without a phone call, and right away we could tell that the little guy was not 2 or 3, but actually 4 or 5. He refused to come in the house, and actually walked back down the stairs and down the sidewalk, headed who knows where. We had to chase him down and head him back to the house, where CPS stayed for nearly an hour while he refused to come in the house or say anything.

But I had a secret weapon – or rather, 5 of them. It’s hard for a kid to resist 5 new, very interested and eager playmates, one of whom could make friends with a brick wall. Aysha (age almost 6) is well on her way to being the most well-known and well-liked kindergartener in the state, and she used all her charms to pull the little guy out of his shell. I say little guy, because at this point, we still didn’t even know his name, but Aysha said he told her his name – it was either Trico, Rico, or maybe Chico (spoiler alert – it was none of them!).

The five friendly Beimers ran up and down our hill with him, got their bikes out, blew bubbles, and soon enough, he started laughing and playing. And turned out, he also spoke English! It was mostly little kid Spanglish, but he definitely knew English, which meant that the entirety of the information we had been given about him (2-3, only Spanish speaking) had been inaccurate. But we are familiar with this too – there are a lot of unknowns in foster care, and information changes hands rapidly, and like I said, keep the expectations low.

So over the morning, we played together, redirected him after he tried to walk away again, and played Ninja Turtles in the house. After lunch, we put on what he said was his favorite movie, Shrek, because I figured he would fall asleep. I wagered correctly; within 10 minutes, he had fallen asleep, cuddled up next to Dayvontae (age 7).

And it was good he got some rest, because throughout the morning, I had been getting updates from CPS – his family had been located. Without going into too many details, the summary is that his escapade was not the fault of his parents and they were frantic for him. My absolute biggest fear in life is that something bad will happen to my children out of my control, and I ached for this mother I’ve never met. After assessing the home and setting up a safety plan, around 2:15, only 7 hours after we learned about him, CPS picked up Trico/Rico/Chico, fast asleep, to go back to his mommy.

Being a foster parent means a lot of things. It means you feel all the feels: the anticipation of a new placement, the confusion when things aren’t what you expected, the concern for the well-being of this new child in your care, the uncertainty of the child’s future, and the happiness of knowing a child can be reunited with their parents, which can oftentimes be bittersweet. All those feelings are normal, but it’s unusual to get them all in less than 12 hours. Being a foster parent means your kids have to learn to adjust to having new siblings, and then readjust when those siblings leave. None of the kids were ready to see him go.

Being a foster parent means being flexible, more flexible than you ever thought you could be. And not in this case specifically, but being a foster parent means having the stamina of a marathoner (well, I imagine, being practically the only person at NPGR who hasn’t and doesn’t aspire to run a marathon). You spend hours in training and preparation, getting ready for that first or next placement. You start off on a high note, but then find that it’s a lot of the same tough stretches over and over and over. People are there to support you along the way, but they aren’t out there running this – you are. They don’t know what it’s like. You’re the one making it through each next step, through the twists and turns as kids and parents don’t behave the way you expect them too. There are times where quitting feels like the only way out, because you just feel it’s not getting easier and can’t get easier, and there is no light at the end of the tunnel. Substitute care, like aid stations on a course, help you stick it out longer, but it only provides temporary relief. Not every foster family can make it to the finish line, whether that’s reunification or adoption or some other goal, but that doesn’t make them any less of a foster family. They gave it their hardest, and their foster child is better off for their time with them. Just like not every runner has the same body shape, skill set, background or preparation, no two families are alike, and there is beauty and strength in each one.

But sometimes, hopefully most times, your training pays off. Your support system works. Your planning and gear and nourishment all come through for you like they’re supposed to. You push through the hard times, the impossible times, and you see the cheer tunnel at the end of the race. You know that this is what you were meant for, right here, right now, this moment. And you reach that goal.

For my family, we have reached the goal 8 times. We adopted five beautiful amazing children, who have changed our lives in the best and worst ways. Hearts we did not create have made our hearts fuller and larger. We also saw two precious children reunify successfully with their parents, in a beautiful story of redemption we are lucky to have been a part of. We helped one young man achieve independence by getting an apartment after he turned 18. We didn’t finish the marathon for three kids who lived with us – maybe those were more like relays, where we passed the baton to someone else, maybe someone more equipped to run that leg with those children. And that’s hard but it’s ok. Because now we know more, we’ve grown stronger and smarter, we aren’t the same people we were then. And because of that, when we meet and say goodbye to a brave precious one in a short 7 hours, we can look back at that race, maybe a 1k in the grand scheme of things, and know that we finished the race with him, and he had a safe, happy day until he got to be with his mommy.

And really, for a foster family, that’s the best kind of day there is.