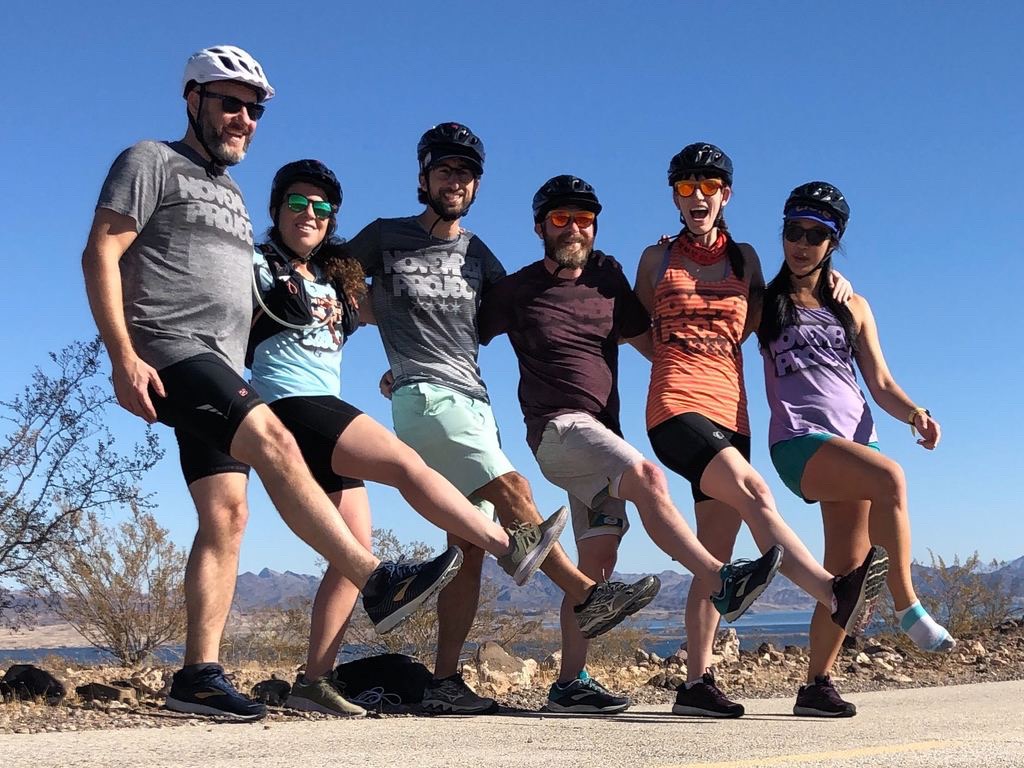 Last weekend, I had the opportunity to attend the annual November Project Summit – the group’s 7th edition, but my very first. To say that this experience was life-changing is an understatement. But then again, my time with November Project and its community has been profound in ways beyond what can be fully articulated in words alone. I think most already understand and share those sentiments deeply, and hopefully we can use that as fuel to continue growing this movement to unseen levels.

First, though, let’s talk about Summit. For those uninitiated to the NP Summit experience, imagine many of our everyday superheroes with whom you hug and sweat it out each week in Columbus joining ranks with the same caliber of awesomeness from 51 other cities around the world who’ve been in this NP game far longer than us (seeing as we are the newest kids on the block). Drop all of those people in one spot for one epic weekend, and then dial that energy up to 11 (spinal tap style), throw in extra cowbells, plus two inspiring co-founders reprising their role as the OG co-leaders, and, well, minds are blown.

Most people travelled in on Friday in preparation for the Saturday morning workout on the steps of city hall in Las Vegas. Hundreds of people, one monumental bounce, and a super fun workout that shockingly included burpees (it’s not just me, you guys, I swear) as well as high fives and fuck yeahs to every person you passed made for a pretty over the top experience.

We followed the workout with a trip back to the Westin Lake Hotel in Henderson (absolutely gorgeous) for a panel discussion reinforcing the things that make NP amazing and unique. As a co-leader, it was welcome to hear some of the successes and challenges other leaders face in their preparations each week. While the discussion was happening, an insane amount of shirts were tagged on a tennis court close by. Honestly, I get anxious when we have to tag 10 shirts in a workout let alone thinking about over 500 hundred shirts that were tagged that day. And those shirts are crisp af; mad props to the entire tagging team!

Later that night, a strong contingent of folks ran the Rock and Roll 5k. Those who didn’t race created one insane cheer station (only to be outdone in intensity by the cheer station the following night – more on that later). If it’s possible, imagine dozens of Stuarts bringing their inspirational support game, but just without the kilt or hard hat or fuck-yeah gloves. Wait, don’t imagine Stuart without the kilt. Just… don’t. Anyway, post-race, some person named Kesha performed a concert for everyone at the race. I guess that’s cool if your into sorta fun things. But let’s be honest, how could you not go absolutely nuts when she held up an NP-tagged shirt on stage for all to see?!

The next day, I joined up with 5 other NP co-leaders for a 38 mile out-and-back bike ride to Hoover Dam in what ended up being possibly THE defining moment of my first Summit. We took in some stunning desert landscapes, and reveled with a child-like bliss while flying down long stretches of hills; we also commiserated on the shared challenges in traversing back up all of those hills on our return trip. No matter what, we never left a person behind without another rider close by, and encouraged each other to battle through the really tough stretches until we were all back. We faced adversity when one of our own sustained an injury mid-ride, and appreciated the medic who helped patch things back up. But battle scars be damned, Maggie powered on like the badass she is. We of course acted like tourists and took silly pictures at the Hoover Dam – it’s the only right thing to do. There was laughing, cheering, fist bumping, adversity, triumph, and one NP-loving magical moment of #twohandsoneheart.

It was all there; we might as well have made this one into a feature film. The incredible friendships formed and strengthened over the several hours we rode together will last a lifetime. In those moments, it helped me fully understand how selfless, compassionate, dedicated and loving they all are. Maggie, Steven, Kaitlyn, Nez and Gabby: I can’t thank you enough for that experience.

As for the rest of the day, as if that epic ride wasn’t enough, it was the warmup activity for all of us who would later run the half or full Rock and Roll marathon that night. Nez and Steven had already decided to make things a full unsanctioned tri with a swim pre-bike ride. Insane, but somehow not unexpected – they are rockstars. With little time before needing to book it into town, we scarfed down some snacks at the bike rental shop. I’ve never enjoyed a beer, beef jerky and handful of Doritos more than that moment. Anyway, it was on to race day number two, with the most insane cheering from the NP collective at mile 9 than I’ve ever seen during a stretch of a race. Intense, raw positivity packed into one block. That pick-me-up honestly is the reason I was even able to finish the half that night. We were wiped out, but allowed the NP spirit to power us through and find new boundaries on what was possible for one day’s athletic pursuits. It was amazing, and I will never forget it.

Post race, again for the second night in a row, no fun was had whatsoever at the Summit-ending celebration. There were no high fives or hugs. No fuck yeahs. There was absolutely no drinking, or laughing or shenanigans. Nope. Nothing to see here. Move along. But seriously, can anyone be more excited about the announcement of next year’s Summit in Minneapolis, Oct 3, 2020? Hell, our bike squad is already plotting out our next epic adventure.

We talk about growing our local roots in Columbus, building community and being a force of positivity to inspire the very best in each of us; we create a ripple in our little universe with the intention to make a difference in lives beyond our circle. We’ve been building community in Columbus for over a year here, and I am truly inspired by the spirit and connections we’ve made in that time. But the roots for the global NP community have been growing for 8 years. It is hard to comprehend the deep bonds on display this weekend. When we joined the November Project family a few months ago, our roots connected in with a proverbial forest of amazingly rich, complex, powerful, loving, unapologetically positive and enthusiastic humans that have dug in and grown the NP community through the better part of a decade. It is our turn to continue sharing in this family experience. To welcome NP family members when they come into town from another city and be gracious hosts. To connect with other cities when we are traveling the globe in turn, knowing that we are still home, even if we’re a thousand or more miles away. To introduce new local faces into our world.

How will you inspire someone new to experience this collective joy? What people do you know that are struggling to feel included, to have their voice heard, to be welcomed without judgement, to be told that they matter and that they deserve a family that will support them as one of our own? What people haven’t you met yet that needs someone to just say hello and extend an invite. This shit is GOOD and wow does it matter that we share it with the world. Keep the ripple going.