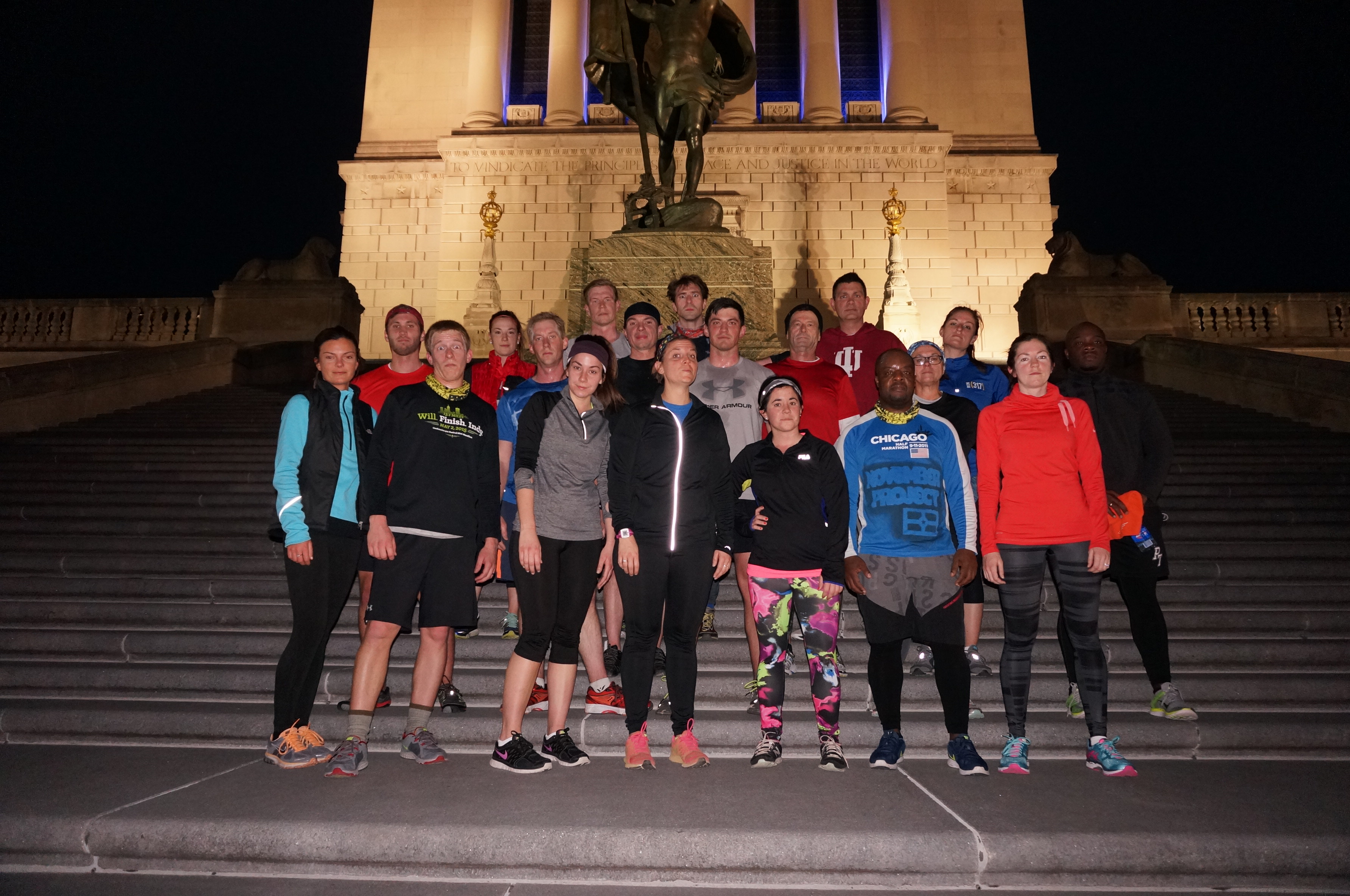 We gave the north side of the War Memorial a rest today as we broke out the mustache flight pattern starting at the south side.  Tribe members got familiar with the south stairs by running up, touching the gold door and coming right back down.  Then off to the east side of the memorial, via the sidewalk, where they hit the deck and did walking planks.  Back to the south side and up the stairs, but not before grabbing the planters for some tricep dips.  After touching the south door again coming back down, it was off to the west side where jumping lunges awaited.  Back to the south side and this time it was incline and/or decline push-ups before touching the south door again and repeating the formation.  The magic number today for reps was 12.

#NFESDC is this weekend so six of us Mr. Smith’s are headed to Washington!!  We will do the tribe proud and set the stage for an #NP_IND domination of the November Project Summit in July!  Planning will begin shortly for that trip.  Until then, we will represent the Circle City tribe well on the trails of Northern Virginia…and in the surrounding bars.

Thanks to everyone who showed up!  Thanks to those who brought a friend!  We will see you all next Wednesday.  Have a great week!!